What Traditions, Whose Culture, What Curriculum? The Battle for Britain’s Identity 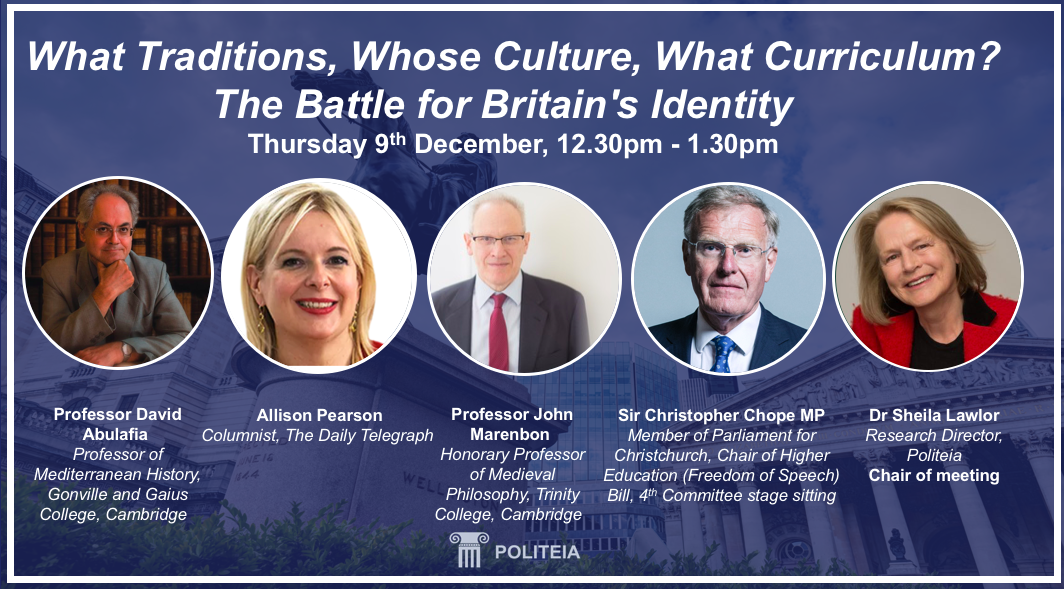 Over the last 18 months, much of Britain’s cultural and academic establishment have fallen in with a new cultural norm. Leading figures in the media, the universities and in public life advocate

But should the frenzy of the moment be allowed to eradicate the cultural and historical traditions in schools, universities and public places? At lunchtime on Thursday 9th December, Politeia will hold a special event to discuss the themes in John Marenbon’s new Politeia publication, The Battle for Britain’s Cultural identity – Against the New Normal. In it he responds to the threats posed to three areas of cultural life – public commemoration, history at schools and university curricula.Guest Speakers will include