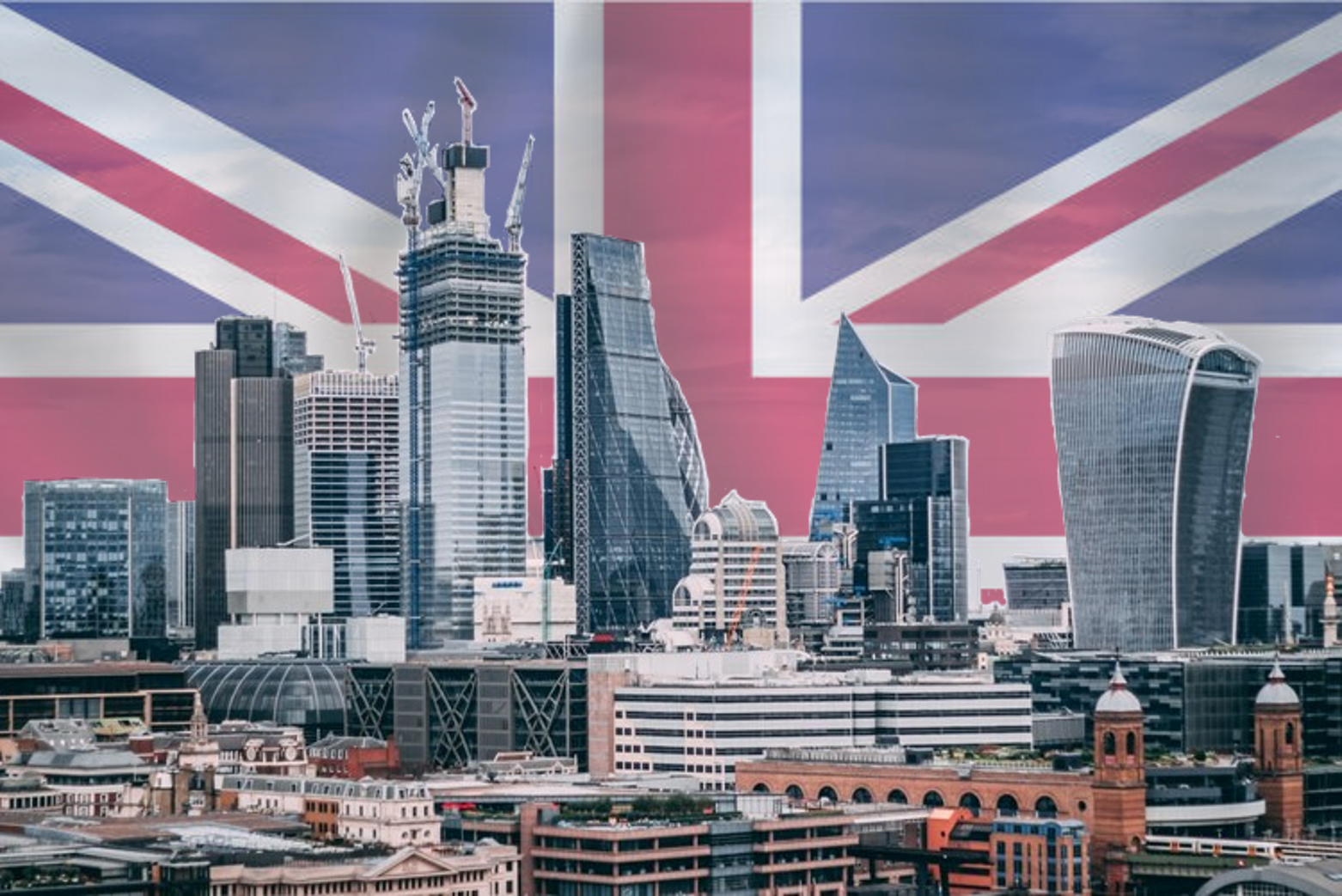 For financial services trade, December’s Trade and Cooperation Agreement (TCA) might have seemed a ‘no deal’ Brexit. But, explains Barnabas Reynolds, not only is the UK free to strike an optimum deal in the future, but in the meantime trade can continue under existing laws.

In the run-up to Brexit, many financial services commentators were concerned at the level of change it entailed. They worried about the ability of UK firms to serve EU clients from the beginning of this year, once the EU’s passport regime ceased to be available and the perimeter of EU law sprang up to pose an apparent obstacle to cross border trade into the EU across the Channel.  It is true that Brexit has brought change. However, that change can be seen as an opportunity for renewing the basis on which the UK and EU deal with one another, rather than a threat to business.

The UK is a global financial centre, alongside only New York. This position is long-standing and has not been dependent on the UK’s membership of the EU, but instead on its quality and depth of market activity and service provision, with the competitive pricing that entails, and on the common law system and the depth of talent and expertise in the City.

There are two ways to look at the UK’s position after Brexit. The first is to focus on the providers, and to talk about market access. The other, which is commercially more relevant, is to talk about how the customers access the market – and that market is in the UK. Financial services provision is driven more by the customers than the sellers. Although some businesses, assets and personnel will move location in response to geopolitical and other factors, the UK’s global marketplace will not move. So its benefits will remain, so long as the UK continues to ensure that the environment provided by the legal and regulatory system remains favourable. The real question, therefore, is how EU customers wish to access the UK’s global market after Brexit. They will want to avoid where possible the costs of duplicative regulation, with their suppliers being subject to both UK and EU rules – which is something their UK suppliers will want to avoid too. For this just adds unnecessary cost that customers will ultimately be forced to bear.  So how can they avoid such an expense?

There are two key ways it can be done, with various more complicated ones being available for specific areas of business.

The first is for EU customers to set up a subsidiary or other small presence in the UK from which to receive their services entirely within the UK’s jurisdiction. The second is for those customers to seek out UK suppliers through a mechanic recognised under EU law, known as “reverse solicitation”. The latter is important to remember. For instance, for the particularly cross-border provision of investment banking services, there are express provisions in Article 42 and Article 46(5) of the relevant EU legal regimes, the so-called MiFID II Directive and Regulation, which provide for a safe harbour in the case of reverse solicitation. However, the simplest and most important statement of how this safe harbour operates is to be found in one of the Recitals to MiFID II. Recitals comprise text at the beginning of an EU directive that sets out the reasons for the provisions that follow. Recital 111, which is a recital applicable to the entire MiFID II directive and informs its overall scope, states that:

“Where a [UK-based] firm provides services at the own exclusive initiative of a person established in the [EU], the services should not be deemed as provided in the territory of the [EU]. Where a [UK] firm solicits clients or potential clients in the Union or promotes or advertises investment services or activities together with ancillary services in the [EU], it should not be deemed as a service provided at the own exclusive initiative of the client.” [Emphasis added.]

A firm operating within the bounds of this wording will not trigger the authorisation or compliance  requirements under MiFID II. That’s because EU customers are perfectly entitled to continue seeking their investment services from London, and for EU regulation not to apply, so long as this is their choice and they have not been lured into foregoing the protections of EU law. That is the point of Recital 111.

Of course, for most EU customers this route to the market will be highly attractive, since the UK’s legal and regulatory regime is in many ways superior to the EU one, even now when so many of the rules have been inherited from the EU. Such rules are applied more predictably here than within the EU by UK regulators of high quality, and the common law system provides a level of clarity for financial transactions that is not to be found in the EU system.

Prior to Brexit, certain eminent financial services business leaders and some compliance personnel have declared that these provisions of EU law were not ones on which a business model could be developed.  But that is not of course the legal position. For existing client relationships, it is highly likely that many EU clients will not wish to experience service terminations or interruptions when dealing with London firms. In fact, right now, any marketing to these customers has generally already taken place, while the UK was operating within the EU framework, so there is little need for much new communication with the clients. In addition, one suspects that new business opportunities are likely to be forthcoming. For it is unlikely that anyone in serious need of financial services will fail to scour the market for opportunities, and in this modern, on-line world, seeking out services providers is necessarily an international process where cross-border relationships are easy to establish.

It is true that, under reverse solicitation, it is harder to come by new clients, since those clients will need to decide to find their services from UK providers, some of which they may not have heard of. The rule is:  “You call us, we don’t call you”. So financial services sales employees, whose job it is to reach out to new prospects and persuade them to switch provider, may need to conduct their activities from EU licensed subsidiaries and be careful about how they market services available elsewhere in their network. It is also true that for the highest-end financial services, personal contact and trust are key. That is not new. However, it is not the case that UK firms cannot continue to serve their EU customers. Once reverse solicitation has taken place, conversations elicited by the client can follow. In fact, with modern technological developments it seems increasingly impractical for countries or regions – in this case the EU – to seek to control the ability of their citizens to access services remotely from international marketplaces. The success of offerings from Silicon Valley bears testament to how consumers and users are now driving service provision, without governmental control.

There have been attempts to ward off any usage of reverse solicitation. One of the EU’s Supervisory Authorities, the European Securities and Markets Authority (ESMA), recently issued a statement indicating that some questionable practices – essentially where UK providers would continue to service EU clients subject only to an internet portal click-through disclaimer – did not fall within the safe harbour. This should be obvious. However, it is more noteworthy that only such a fig-leaf sop to reverse solicitation has been frowned upon, whilst more careful approaches have not.

The signs, therefore, are already there that a properly constructed legal arrangement should withstand challenge and ultimately it is only the European Court of Justice which is authorised to interpret EU law, not ESMA.

There are undoubtedly some who would wish to isolate the EU in financial services.  France attempted to narrow the reverse solicitation exclusion in a proposal made to other EU states in a “non-paper” in the Spring of 2018.  In the end, only minor changes were made, relating to affiliate introductions, in the so-called “Investment Firm Review”. Other aspects of the French proposals did not receive widespread support, not least since this would have rendered EU financial services far more expensive and would have brought into question many arrangements in place with the US and other countries around the world. So the generality of the proposal was dropped. It is always possible that the potential for reverse solicitation is removed in due course from EU law, but that would require a proper legislative process within the EU in the usual way, which would include consideration by its legislative bodies of the detriments to customer choice and the EU economy that such a step would bring.

In the meantime, there are legal ways in which EU customers can continue to benefit from the UK’s financial markets on the basis solely of UK law and regulation, and businesses and consumers would be well advised to continue to take advantage of this benefit.