‘The UK’s Taxable Capacity – Has Britain Already Reached the Upper Limit?’, by David B. Smith 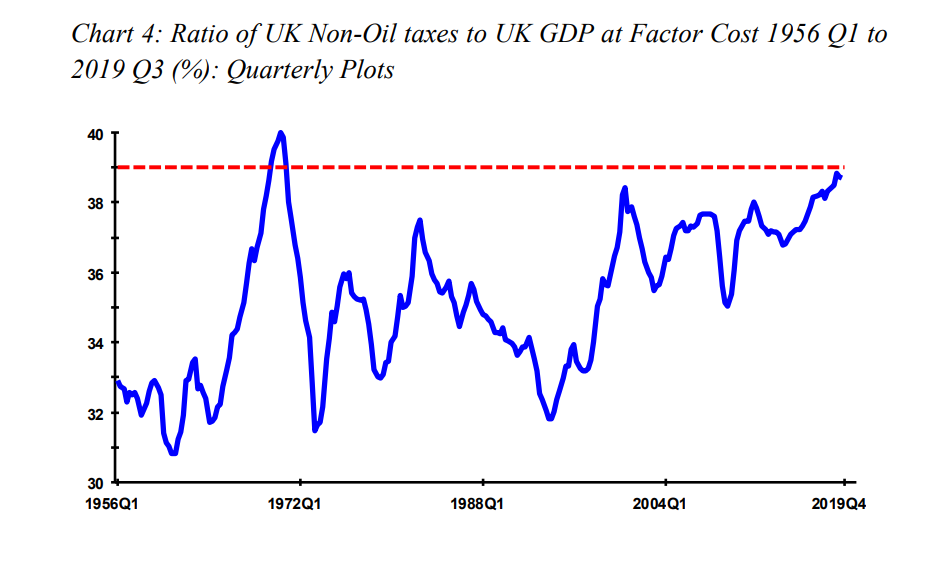 As the Chancellor prepares for Wednesday’s Budget, Politeia’s new publication,  The UK’s Taxable Capacity – Has Britain Already Reached the Upper Limit?, explains that a holding budget may be best, if the UK is to cope with new threats and new opportunities.

In it the economist David B. Smith, warns against trying to lock in the votes of the former ‘red wall’ old-Labour constituencies, almost regardless of the fiscal and economic costs, and their own – and the country’s – long term economic interests.

The author concludes that government spending and tax burdens are already high by historic standards, especially given the economy is at near full-employment.

The author: David B. Smith’s background is as a city economist. He maintains his own macroeconomic forecasting model at Beacon Economic Forecasting and has been Visiting Professor at Derby Business School. His Politeia publications include The Brexit Settlement and UK Taxes (2018), Banking on Recovery: Towards an accountable, stable financial sector (as co-author, 2016) and The UK Government Spending Ratio: Back to the 1930s? (2015).