The Sword not Peace?

As Christmas itself seems under assault in many parts of the world, two fundamental needs must be addressed, say Rabbi Abraham Cooper and Rev. Johnnie Moore: the threatened need safety and those who have suffered need urgent help.

A key victory of terrorists is that they have forced the rest of us to change the way we live our lives. Airports, synagogues, shopping malls. But this holiday season, Christmas itself seems under assault. Almost certainly – somewhere in the world – terrorists will attempt to invade or bomb a congregation.

America is not immune. The Manhattan terrorist earlier this month was allegedly motivated by Christmas decorations along a commuter route. The FBI foiled plans by a convert to Islam for a Christmas Day suicide attack on San Francisco’s fisherman’s wharf, it is the imagery and celebration of Christmas that have become targets of terrorists and even in the United States and Europe.  And how quickly the world forgot the infamous car ramming attack on a Christmas market in Berlin? Hungarian police did not; they’ve stationed military vehicles fit for a war zone outside of a simple Christmas market in Budapest.

The danger of Christmas is the latest trend in the rising tide of Christian persecution in our world which has reached a scale that Pope Francis says is unparalleled even compared to “ancient times.”  In fact, just this week, Italian authorities put additional security measures in place throughout Rome in reaction to ISIS propaganda threatening a Christmas attack on the Vatican.

From the very beginning ISIS, extremists – and those like them and inspired by them – have made Christians, Jews, (and Muslims who don’t agree with Daesh) the tip of their spear and our houses of worship and holidays the focus of their ire.

In Egypt they openly declare Coptic Christians are “their favorite prey.” In Pakistan this week ISIS terrorists killed nine and injured dozens in a church during worship.  It isn’t just ISIS either, it is Al-Shabab from Somalia and Boko Haram in Nigeria. It’s Al Qaeda in its various forms across the Middle East, North Africa and Central Asia. As we’ve seen in Egypt, the terrorists will surely try to attack during a holiday.

Meanwhile, this Christmas, vulnerable Christians need greater security from by their host countries, supplemented by the international community and those communities in Iraq decimated by ISIS need drastically more assistance to rebuild their lives and ensure they won’t be driven out again.

There are some promising signs, including a Muslim businessman in Baghdad who installed the largest Christmas tree anyone had ever seen in the country. There are the news articles focusing on Christmas celebrations for those communities that survived ISIS in Iraq and Syria. We have witnessed genocide resolutions in a half dozen countries in response to ISIS crimes and even special envoys have been appointed. But symbolic solidarity doesn’t put a wall around a church, a guard at a gate or a roof over someone’s head.

The two fundamental needs of Christians remain unaddressed by our world’s wealthiest and powerful nations.  Those who are threatened need safety and those who’ve suffered need help and they need it now.

The world isn’t doing Iraqi Christians a favor by simply “liberating” their villages and allowing them to worship in ancient churches still charred with the smoke of terrorist fire or in homes totally looted by the terrorists.  It is a travesty that at least 80% of the housing needs for Christians in Northern Iraq remain unaddressed despite the countless millions poured into Iraq by the international community.  Thankfully, private citizens and non-government organizations have helped rebuild what they can, but a tragedy on this scale must be met by the full weight of the international community.  Meanwhile, the United Nations continues to throw aid to the wind almost always managing to miss the Christians.

This season of peace, the world owes these Christians real hope, help and justice.

And if the West won’t help, the Iranians are right there to fill the void in vacated Christian villages of the Nineveh Plain. Hudson Institute’s Nina Shea warns, “half-vacant Christian towns, like Bartella, are being colonized with schools, mosques and libraries built by Iran, which seeks to control a corridor through Nineveh into Syria.”

If the world doesn’t act soon, we could see Iraq’s Christians subservient to another Islamic State, but this one not only still stones Christians in broad daylight but enjoys full diplomatic and robust business ties with most of most Western European countries who don’t seem to care one whit about fellow Christians in peril.

The one present endangered Christians need this Christmas is for their co-religionists to awaken to their moral responsibility to help and for them to join the struggle to thwart the all-too-real threats to Christians everywhere. 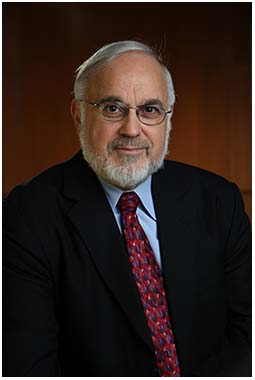