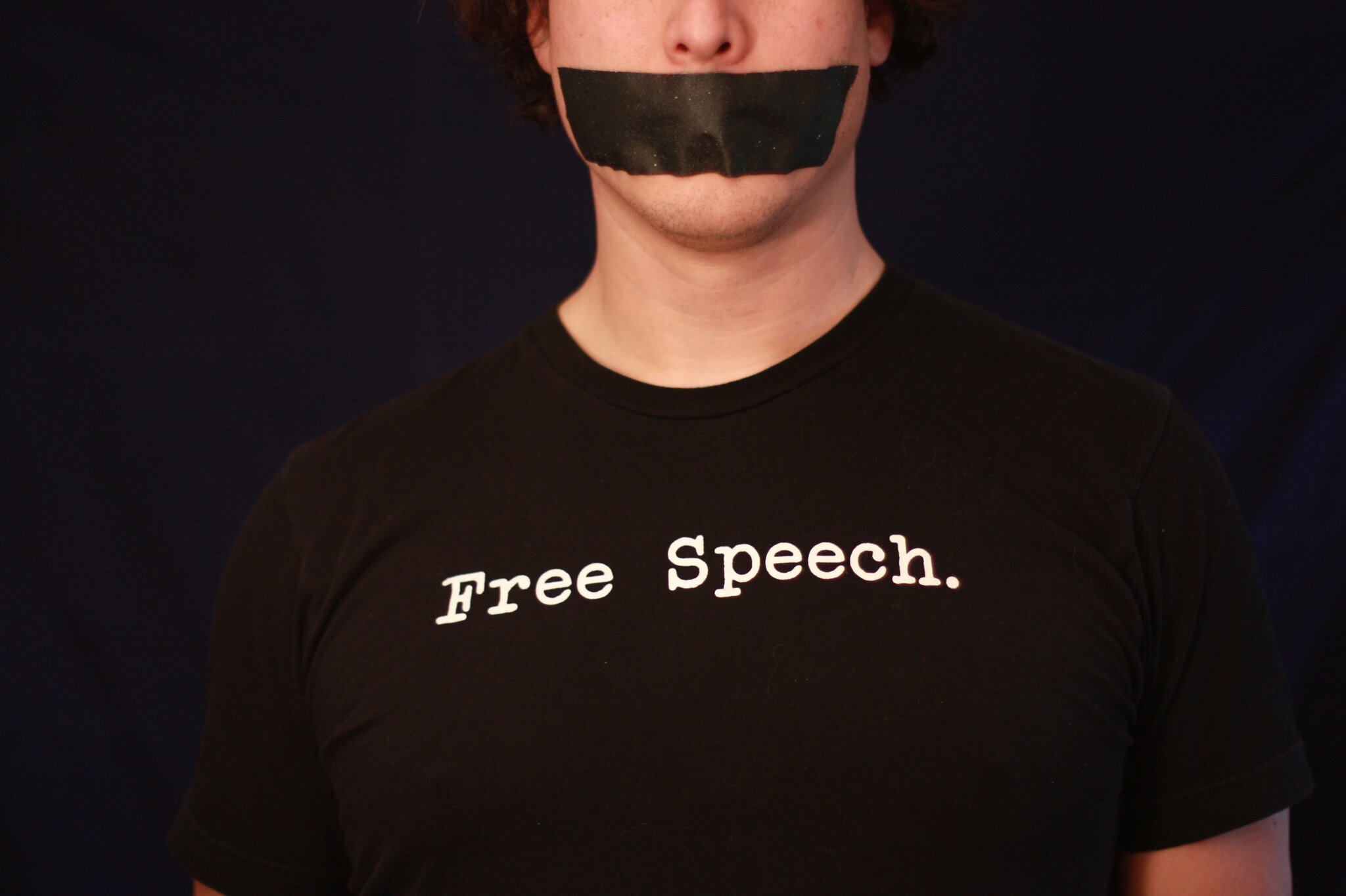 It is hard right now to argue against the suggestion that free speech is seriously under threat in our country.

In recent weeks, for instance, we saw the deeply concerning development of the Metropolitan Police apparently opening an investigation into how activist Darren Grimes conducted a YouTube interview with David Starkey. I think very few people would not condemn Starkey for his disgraceful comments and there was an acknowledgement from Grimes that he should have challenged them.

Mercifully, in no small part due to the work of the Free Speech Union, it appears that the Metropolitan Police will not be pursuing the matter any further. However, damage has already been done, with the action causing serious potential repercussions for journalists and political commentators who might now fear being held responsible for the comments and actions of others they interview or cite.

Then there are the countless examples of people being ‘cancelled’ for going against the grain by sharing an unpopular opinion. While there are doubtless some opinions that are worthy of that level of condemnation, this reaction is being used to stifle any kind of thinking that challenges certain stances deemed by some to be beyond question. Probably the most ridiculous recent example was how Malala Yousafzai was ‘cancelled’ on Twitter for simply making a post on Facebook supporting her friend who was running for President of Oxford University’s Conservative Association.

What we are seeing is a growing movement of overly ‘woke’ individuals and groups hijacking legitimate issues, such as racial inequality, to stifle free speech and further their political ideologies. This is the issue at the heart of the ‘culture war’ and has resulted in questionable programmes – such as unconscious bias training in workplaces – becoming the norm.

I have two main objections to unconscious bias training and the assumptions that underpin it. Firstly, it is a cop-out and reduces accountability for people’s actions and words. Secondly, it accepts the unhelpful assumption of critical race theory that racism is an inevitable and inescapable reality.

I would argue that there remains an obvious need for certain diversity and inclusion training. PureGym Luton’s recent ‘12 Years a Slave’ workout is a glaring example of why it is necessary. However, this kind of training is becoming politicised. What especially worries me is the perception that without it, things would never improve – a view which is becoming more mainstream. And it is because of this belief that certain people, in particular the driving forces behind the Black Lives Matter movement, have called for preposterous measures, such as the abolition of the police and the criminal justice system.

Tackling racism should not and does not have to be a political matter in 2020, but regrettably it is in this ‘culture war’.

The Black Lives Matter movement started in the U.S. following Trayvon Martin’s death in 2012. It started as a campaign to address the issue of police brutality experienced by African Americans, a deep-rooted injustice with which the U.S. has historically struggled.

Its application to the UK, however, has resulted in the group being dominated by Marxists and run by people who are not even black. Black lives do and should matter, and in my experience some institutional racism does still exist. However, the Black Lives Matter organisation is exploiting the issue of racism for its political ambitions and monetising it. The UK arm of the movement has raised £1.2 million via its GoFundMe page and has not explained where these funds will go to or even engaged with established groups working to address racial inequality in the country.

It was of course in the wake of the summer’s Black Lives Matter protests that what I believe to be a long overdue debate about the monuments and statues of controversial historical figures across the country hit the public consciousness. However, in the London Borough where I live, Tower Hamlets, a statue of Robert Milligan, who had amassed his wealth via the slave trade, was removed with no debate whatsoever (although with the agreement of the nearby Museum of London Docklands and the Canal and River Trust). Prior to its removal, there had been calls to include a plaque alongside the statue acknowledging how Milligan made his wealth; but in the event, a decision was made without wider consultation and the statue now resides in the museum.

Then of course there was the attempt by the BBC Proms to ‘edit’ Land of Hope and Glory and other traditional pieces of music at this year’s Last Night of the Proms to appeal to a virtue-signalling minority – an example of how taxpayer funds are being used to fuel the ongoing ‘culture war’. Through the licence fee, the BBC is effectively funded by taxpayers’ money, yet it sought to spend some of that budget engaging in politicised revisionism that does absolutely nothing for either the past or present victims of slavery. It is because of such nonsense that there is growing currency behind the campaign to ‘defund’ the BBC.

Any attempts to whitewash British history should concern us all. History does not merely involve documenting good deeds. People, ideologies and institutions are complex – and this is reflected in our history. Attempting to hold figures of the past to today’s standards does a massive disservice to future generations. History plays a role in educating and teaching lessons of the past, so that we are not doomed to repeat such mistakes.

All of this, in the context of the ‘culture war’ and the politicisation of public institutions, raises serious questions about the role of the state in upholding free speech. Of course, free speech does have certain limits: while you should be free to say what you want, that will not always mean freedom from consequences. However, the state does have a duty to protect the freedom of us all – and as this current ‘culture war’ and its implications for free speech becomes more entrenched, that protection is likely to become all the more vital.

Samia Hersi holds a bachelor’s degree in Politics from the University of Leicester and a master’s degree in Public Policy from King’s College, London. She currently works for a Conservative MP and has a background working in education. She writes here in a personal capacity.

Samia Hersi holds a bachelor’s degree in Politics from the University of Leicester and a master’s degree in Public Policy from King’s College, London. She currently works for a Conservative MP and has a background working in education. She writes here in a personal capacity.