The Scottish Parliament is Not a Sacred Cow. There is another option

Amidst the heat and posturing generated by the Scottish Independence debate over more than two years, there is one question which has been neither asked nor answered: has ten years of Scottish devolution been a success? That is to ask whether Scotland has been better and more economically governed by a devolved Parliament and Scottish Executive than it was under the previous system. If the answer to that is no, it is difficult to see how there can be any justification for extending devolved powers as the party leaders rather foolishly promised towards the end of the referendum campaigns.

Still less can there be any justification for creating further devolved parliaments for other regions of the United Kingdom, if the Scottish experiment has failed.

Scottish devolution thus far has been an expensive adventure for United Kingdom taxpayers. £500 million (estimate £50 million) to build the Parliament; and millions every year spent on financing MSPs, their salaries and other expenses. And there are other great administrative costs year on year. What material benefits have resulted from that expenditure? I am unable to discern any. The governance of Scotland seems to have changed little. That is not surprising as the civil servants in Edinburgh remain similar in function to those in place before devolution. Local authorities continue with their good work as before.

In the end all that the United Kingdom, and Scotland, appear to have got from devolution is an additional layer of costly government of little consequence. Its output of legislation has been less than impressive; in at least one instance Westminster passed legislation which coincided with legislation in Edinburgh. So two parliaments to do the work of one – with no particular Scottish element. The Scottish parliament looks more like a local debating society than a serious legislature. There was little likelihood that the quality of MSPs would have got any better on independence.

Before devolution the Secretary of State for Scotland was a powerful voice in the Cabinet. He managed Scottish affairs with the aid of four Ministers of State. Scotland was well represented in Parliament. Within the United Kingdom Scottish views were heard and well respected. Since devolution the influence and importance of the Secretary of State for Scotland has declined. More devolution would do no favours to the Scottish people either politically or economically.

If, as I sense, devolution thus far has produced no material economic or political benefit to the United Kingdom or Scotland, there would seem to be a strong case for the repeal of the Scotland Act. That is an issue which could usefully, and should, be addressed in the current constitutional debate. The Scottish Parliament is not a sacred cow. It should be made to justify its existence. If it cannot, it should go.

The constitutional debate is now very much open. All the politicians and civil servants are reacting to the fallout from Scotland and the SNP winning an impressive 45% of the independence vote; but they have failed to ask and answer the real question: why is devolved government needed at all anywhere in the United Kingdom? Politicians and civil servants are meant to manage the nation’s affairs to the best effect: yet no one asks or answers that question. Instead of asking that, they are addressing the political questions: how do we cope with the fallout from devolution thus far? And the irritation of the English? Many solutions are being canvassed by leading politicians in what looks like a headlong rush to put the political problems to bed before next May. But whatever may be proposed and adopted may turn out to be a compromise which pleases no one.

Sir John Major was right in 1994 in opposing devolution for Scotland; his warning that it would lead to a bid for independence has turned out to be correct. It failed this time; it may succeed next time The SNP will try again – as has been made absolutely clear. We have looked into the abyss; no one wants that again.

We should be supporting and emphasising the Union and the United Kingdom as the nation state in which we live. The armed forces are British; Parliament is British; our country is British. The idea that the Welsh and the Scots are separate nations does not hold water: in the referendum a Filipino living in Scotland had a vote, a Scot living in London did not. I am a Brit living in Scotland and voted. The idea of Scottish nationhood is a fanciful construct of the SNP. What we have are four countries possessing four complementary cultures and histories evolved over centuries: none of those countries could now claim to be a separate nation state. We are irrevocably bound together in the state known as Great Britain.

We have a national Parliament to debate and decide on legislation and other issues. It works very well. To complicate our governance with even more governments would be expensive and debilitating. The debate having been reopened, we now have an opportunity to get rid of devolution once and for all–and remove the risk of the SNP having another go at independence.

* Stanley Brodie QC is a contributor to Politeia’s Magistrates Work! Restoring Local Justice which will be launched on 20 October 2014. 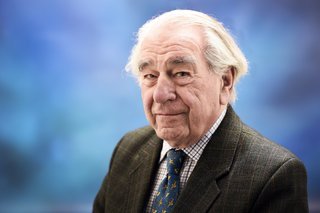