The Road to Royal Assent

Yesterday the Queen gave Royal Assent to the Brexit bill, clearing the way for Theresa May to start talks to leave the European Union. The brief European Union (Notification of Withdrawal) Bill had been passed by MPs and peers earlier in the week.  The Prime Minister may now notify Brussels that the United Kingdom is intending to leave the EU; Mrs May has indicated that she will trigger the process Article 50 of the Treaty of Lisbon by the end of this month.

The road to Royal Assent has twisted and turned in unexpected and unpredictable ways over the last nine months. There have been legal and parliamentary challenges as well as a welter of commentary and analysis, much of it arguing that the referendum result of 23 June 2016 does not represent the ‘will of the people’, that it was not legally binding and therefore Parliament would need to be consulted. We now I believe have certainty on all these issues.

Perhaps the most unexpected challenge came when Gina Miller and other claimants brought an action in the High Court for judicial review of whether the United Kingdom government was entitled to notify an intention to leave the European Union under Article 50 using only prerogative powers, without legislation, a debate or vote in Parliament.  When the case reached the Supreme Court, Gina Miller’s lawyers argued that the Crown i.e. the Government could not use its prerogative powers to remove domestic legal rights unless Parliament has unambiguously allowed it.

Lord Neuberger, President of the Supreme Court, emphasised that the ‘case has nothing to do with issues such as the wisdom of the decision to withdraw from the European Union, the terms of withdrawal, the timetable or arrangements for withdrawal, or the details of any future relationship with the European Union. Those are all political issues which are matters for ministers and Parliament to resolve.’

The Court decided that an Act of Parliament was needed. Introducing the majority judgment, Lord Neuberger put the matter simply: ‘The question before this Court concerns the steps which are required as a matter of UK domestic law before the process of leaving the European Union can be initiated.’

In fact, in the Supreme Court three Brexit-related cases were heard together and the Court was asked to answer four questions:

The answer to the first question has now been implemented, both Houses of Parliament having debated and voted on the Act. The answer by the Court to the remaining questions was a definitive ‘no’, though as the events of the last 48 hours have shown the prospect of a second Scottish referendum on independence now overshadows our negotiations to exit the European Union.

Some saw the Supreme Court judgment as an unwelcome example of judicial activism, a step in the wrong direction which the dissenting judgments of Lords Hughes and Reed deftly avoided (in brief, they argued that the European Communities Act 1972 was only intended to have effect for as long as the Government decided that the United Kingdom should be part of the EU).

Others have written that Brexit is not the will of the British. Some wrote florid appeals based on emotion rather than reason. Some attempted quasi-scientific analyses of the post-referendum polls and demographic trends to argue that despite the vote on the 23 June 2016, the British people actually wanted to remain in the European Union. Others asserted that we could not ignore the views of the 12.9 million who did not vote: if only our democratic process been that of Australia where voting is compulsory they bemoaned.

Perhaps though it is best to see the Supreme Court decision as a restatement of that great Renaissance judge Sir Edward Coke’s dictum that ‘The law of the realm cannot be changed but by Parliament.’

What has been implemented this week is ‘the will of the people’. 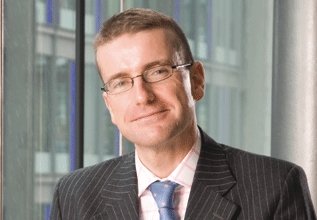