The real threat to British universities comes from UCU, not Covid 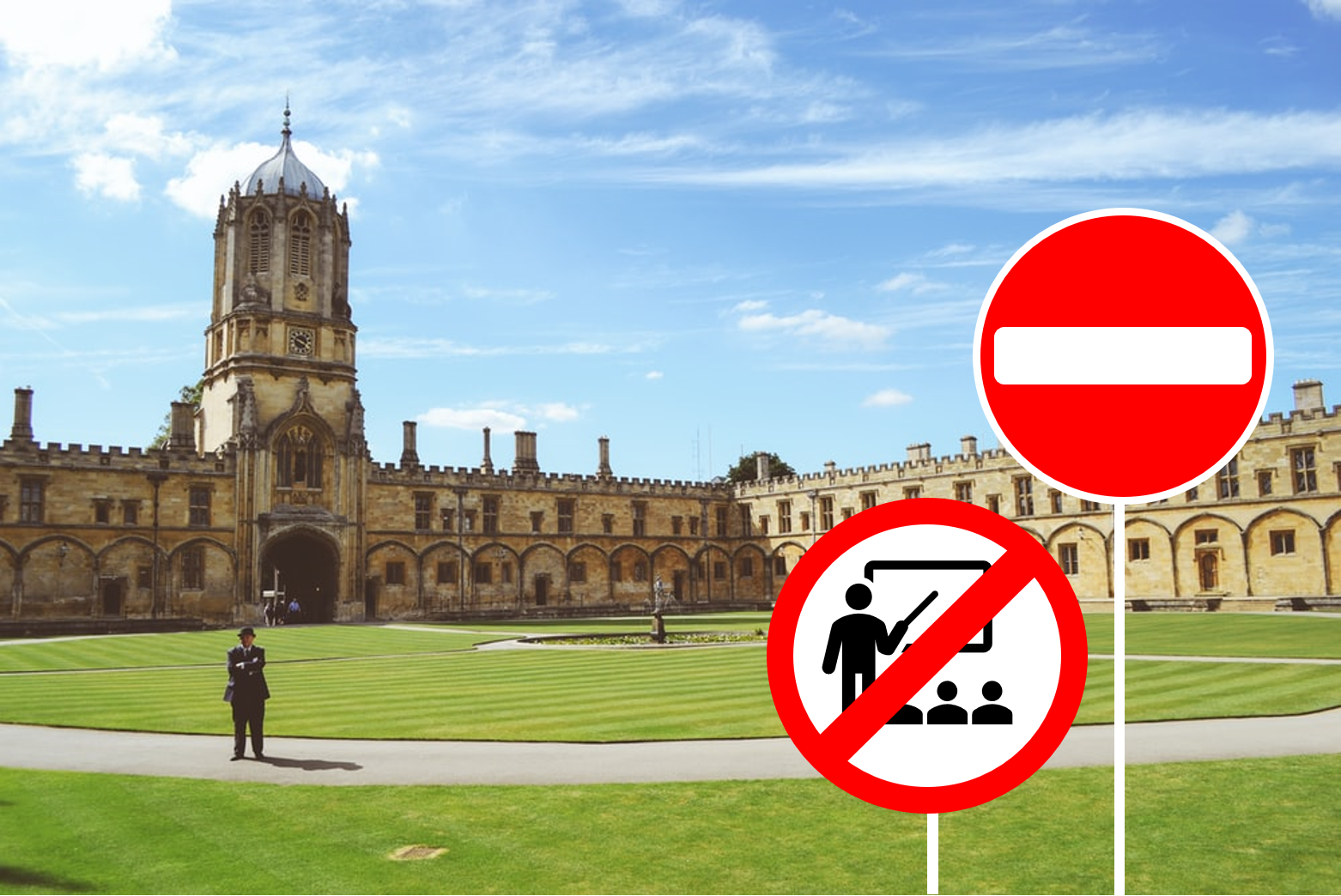 2019-20 was not a good year for British universities, as everybody knows – and everyone thinks they know why: Covid. But Covid is only part of the answer. Its effects were felt in the last term of the year, when universities as physical spaces were shut and students told to go home and stay there – although teaching and assessment continued online.

A stronger reason for the bad year was that the university teachers’ union, the UCU, called its members out on strike in February and March. It did so on multiple days each week, a strategy designed to make the teaching of courses impossible.

Covid put an end to UCU’s threat of further strike action: whoever heard of an online picket? But the pandemic has now opened up another front in the union’s relentless attack on the scholarly and scientific ideals of the universities.

When the universities shut down in March, it seemed that they faced not only the immediate financial blow of the next term without fees for student accommodation and a summer without conference income, but the likelihood that, in 2020-21, they would be deserted by most overseas students and many home ones too. It was feared that many would look elsewhere or postpone starting because they were faced by the prospect of paying high fees to stay at home and be taught on Zoom. It looked as if some universities would not survive, and that few, if any, would recover their former prestige.

The threat spurred even the gloomiest and most risk-averse university administrators into vigorous action. They joined together to put out the message that ‘the UK and its universities are open for business’. 2020-21, they promised, would be a proper academic year; students would come back to university, and all the normal teaching and extra-curricular activities would take place. But everything would be adapted: household bubbles would stop the spread of Covid; big lectures would take place online, but not practicals or small-group instruction; buildings would be adapted for social distancing; masks worn; rigorous hygiene ensured.

The campaign worked. Only a small proportion of international students withdrew, while applications from home students grew. The promised preparations were made and, step by step, universities have begun to open for the new academic year.

Not, though, if UCU can help it. Back in late August, when levels of infection were low and flat, it began its attack. ‘Universities must scrap plans to reopen campuses next month in order to prevent a major public health crisis’, it declared, predicting that universities would become ‘the care homes of a second wave’ (as if the likelihood of serious infection or death were the same for students as for the often frail and sick elderly).

The recent rise in infections has only confirmed its stance. All teaching, the union insists, must be online and students kept away from universities, in case they spread infection. How, then, will the universities survive? It has a simple answer: the government must underwrite their finances and provide ‘a comprehensive funding guarantee’. Apparently the UCU genuinely believes that Rishi Sunak has a magic money tree.

In the real world, keeping students out of universities would not only have the direst financial consequences. Online universities are not universities at all. Many individual elements in each course can be taught remotely with more or less success. A professional or vocational course can effectively be taught online. But a university is a community of scholars, teachers and learners, united in the search for knowledge. If its members, junior and senior, are unable to interact, as they can do properly only when they are brought together in the same physical place, a university becomes a mere façade, providing online packages of pre-digested information to be assimilated and, when the boxes have all been ticked, a virtual degree ceremony and certificate – a mockery of academic values.

Such values are unknown to the UCU. It, apparently, places value only on money (but who in their right mind would choose to be an academic for the salary?) and on bare life. ‘The health and wellbeing of university staff, students and the wider community are too important to gamble with…’, it declares: that is to say, because there is a chance that the return of students might raise infection rates, the universities should, for the time being, cease to exist as universities.

In this unashamed fear of anything that poses the slightest danger to health, and its failure to value what makes life worth being lived, the UCU shows in exaggerated form a cast of mind all too widely shared in official, government and university circles, even by those whose particular policies the union is attacking.

Covid is not the Black Death, which killed 30% of the population. Suppose, according to the common metaphor, we are at war against the virus: the only victory open to us is to continue, so far as possible, our normal manner of existence despite it. If it understood its responsibility to preserve the nation’s way of life (as many European leaders now seem to do, and Sweden’s did from the start), the government would be encouraging people to overcome their fears and venture back into the deserted city centres, rather than inventing new forms of lockdown and putting vigilantes on to the streets to enforce them.

In the same way, a union for academics which cherished academic values would be exhorting its members back to the lecture rooms.

John Marenbon is a Fellow of Trinity College, Cambridge and the British Academy and Honorary Professor of Medieval Philosophy in Cambridge. His recent publications include Pagans and Philosophers – the Problem of Pagans from Augustine to Leibniz (2015). For Politeia he has written Intangible Assets: Funding Research in the Arts and Humanities (2018), co-published with New Direction, and Back to School! Preparation, Not Cancellation (2020) co-authored with Louise Moelwyn-Hughes and Dominic Sullivan.

John Marenbon is a Fellow of Trinity College, Cambridge and the British Academy and Honorary Professor of Medieval Philosophy in Cambridge. His recent publications include Pagans and Philosophers – the Problem of Pagans from Augustine to Leibniz (2015). For Politeia he has written Intangible Assets: Funding Research in the Arts and Humanities (2018), co-published with New Direction, and Back to School! Preparation, Not Cancellation (2020) co-authored with Louise Moelwyn-Hughes and Dominic Sullivan.