The Macron Victory – An Accidental Victory

All Politeia supporters can legitimately breathe a sigh of relief following the results of the first round of the French elections. Some last minute polls had predicted that the two winning candidates would be Marine Le Pen and the former Trotskyite Jean-Luc Mélenchon. This confrontation of extremes would have been a disaster for France, whoever had won. A Le Pen presidency would almost certainly have meant a constitutional and political crisis; that of Mélenchon an economic crisis.

While relief is legitimate, it is worth pausing to consider how narrowly disaster has been avoided, and the malfunctioning of the French political system that this reveals. Eleven candidates stood for the Presidency. A reasonably functioning system should at least manage to present to the electorate a manageable choice of reasonable and coherent alternatives, and be able to create if not a consensus, at least a general acceptance of the result. But the four ‘major’ candidates – all of them to some extent rebels against their own parties – presented programmes all certain to cause division in the country, and none of them proved capable of winning even a quarter of the vote. The two main parties – Republican and Socialist – won barely a quarter between them. All four of the main candidates were so close in percentage terms that a small swing in any direction could have given a different, and possible disastrous result. The two ‘winning’ second-round candidates are regarded by the majority of the electorate with feelings of fear and loathing (in the case of Madame Le Pen), and with scepticism and mistrust (in the case of M. Macron).

This breakdown of grass-roots political organisation, and hence of political coherence and meaningful choice, is a feature of much of the democratic world, but rarely taken to such extremes. Traditional political loyalties, ideologies, and social and regional identities have everywhere weakened. In some ways desirable, this risks leaving elections, as in this case, at the mercy of confusion, fear, caprice, marketing, personality, and accident. Macron, however euphoric his supporters, is the first choice of a smaller percentage of the electorate than any previous president.

The French electorate wants a president and a government that are capable of tackling major problems: economic stagnation, high unemployment, poor race relations, the problems of the EU. But there is no consensus as to how to do this: by a lurch to the Right, a lurch to the Left, or a radical centrism (labour market reform etc). Macron – it will almost certainly be he – will accede to the most powerful elected office in the western world, with powers going far beyond those of a British Prime Minister or an American President. But recent history – namely the presidencies of Chirac, Sarkozy and Hollande – demonstrate that loading power and responsibility on to one individual does not produce bold and firm leadership: rather the contrary. Macron, who will be elected mainly on the grounds that he is not Le Pen, will have very uncertain political support in the country and in parliament. There will doubtless be a pro-Macron surge from now until the crucial parliamentary elections in June. How long would it last if he really tried to carry out an economically liberal programme – for example reducing the public sector, to whose employees he will largely have owed his election?

How can a Macron victory be understood in international terms? Hardly as a defeat for international ‘populism’. Readers are familiar with the notion that Brexit, Trump and Le Pen are somehow all part of the same phenomenon, a sort of tidal wave. The very different outcomes in each country show how weak a simple trans-national analysis is, and how much the political mores of each country shape its behaviour. In the French case, the outcome of this election was largely decided by a chapter of accidents: the unexpected primary election results, the emergence of Macron, the Fillon scandal, the personal appeal of Mélenchon. More fundamentally, the electoral failure of ‘populism’ in France is a consequence of the association of the extreme Right with a dark history of the Algerian war and the Vichy regime, and hence the refusal of a large part of the electorate to vote for it in any circumstances. However, this inhibition seems to be weakening: Marine Le Pen and her party are more popular among the young than the old. They, and the problems that have produced them, are not about to disappear.

Significantly, only two of the eleven candidates, Macron and François Fillon, are unambiguously pro-EU. The two other main candidates, Le Pen and Mélenchon, are strongly Eurosceptic, and the others explicitly or implicitly critical. Most people in France feel to some extent that the EU is no longer working in their, or France’s, interest. Macron’s pro-EU position is based on the claim that he can change the way it works, and that he will bring about a more balanced relationship with Germany. This seems likely to increase uncertainty about the EU’s future, and hence give British negotiators an opportunity for creating a sensible relationship. 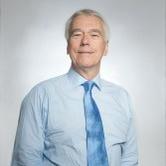