The Law and the Lockdown 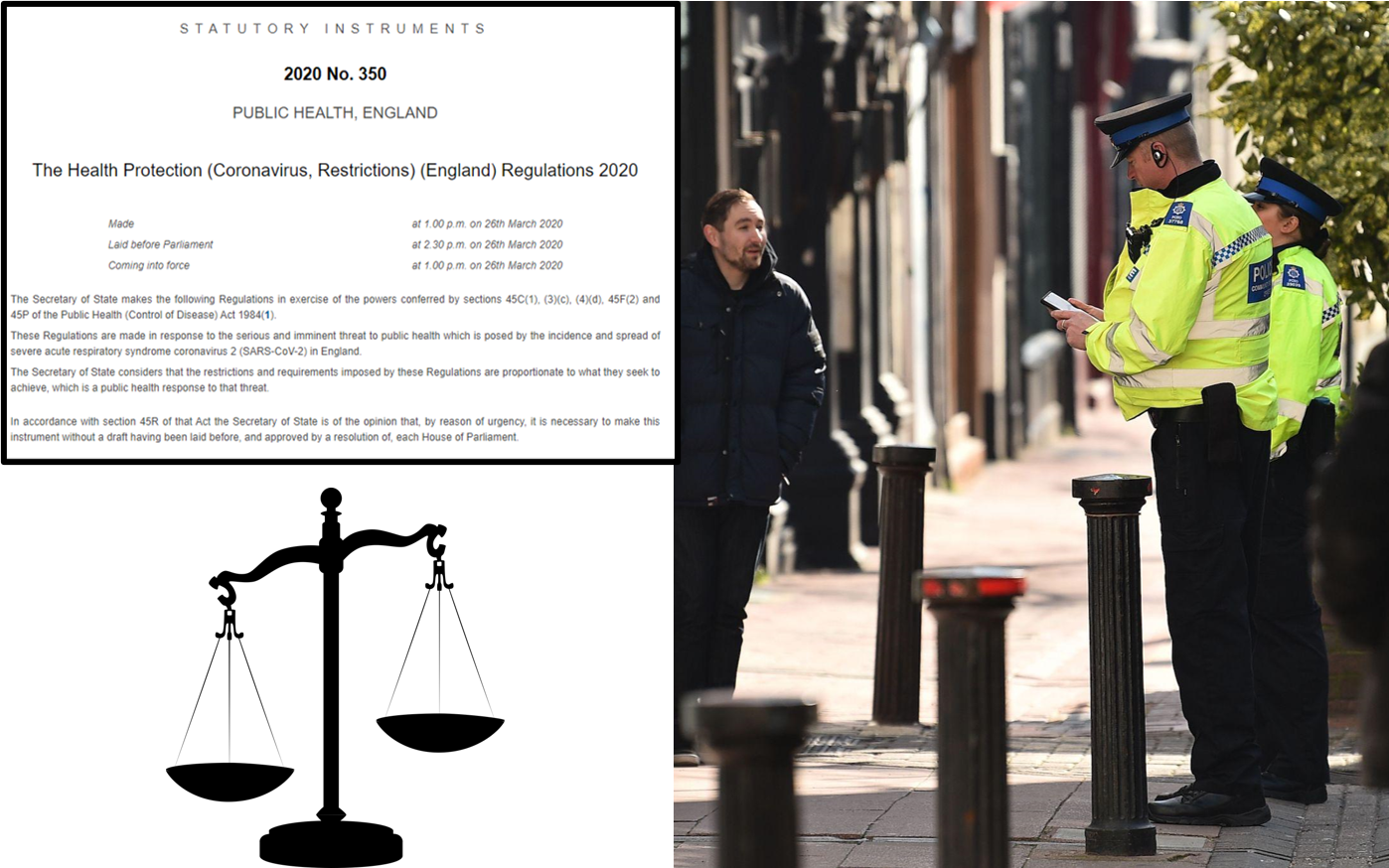 The country faces a grave emergency. The Government has adopted a policy of restrictions unprecedented in modern times. Parliament has enacted a 350-page Coronavirus Act 2020. The layman might imagine that the restrictions on freedoms announced by Government would be those authorised by our sovereign Parliament. Unfortunately the layman would be wrong.

Unprecedented as the coronavirus is, the possibility of Britain facing a pandemic emergency is a situation for which Parliament had, as a precaution, spent a considerable period of time planning. The fruit was the Civil Contingencies Act 2004. In sweeping language this empowers a Government minister by regulations ‘to make provision of any kind’. Naturally, Parliament inserted some safeguards on so wide a power. Such regulations remain in force for only 30 days, but can thereafter be re-issued. They must also receive subsequent Parliamentary approval, failing which they fall. They are also subject to some limitations, such as that they must be proportionate to the emergency.

Rather than use this ready-made power, the Government chose to proceed straight to fresh primary legislation. That was a perfectly justifiable approach: indeed, for those who cherish Parliamentary sovereignty it was an admirable one. So why the complaint? The reason is that the restrictions on such fundamental freedoms as walking out of one’s front door or operating a retail shop are not to be found in either the 2020 Act or any regulations made under it.

Instead, the Government used the Public Health (Control of Disease) 1984. Purporting to act under powers created by that Act a minister made SI 350 of 2020, whose title is the Health Protection (Coronavirus, Restrictions) (England) Regulations 2020. For shorthand I shall call it SI 350. This is the instrument which has closed restaurants, churches and most shops, and has made the stay-at-home regulations. Unfortunately the 1984 Act is an awkward fit for the present Government policy. The 1984 Act was directed at achieving the quarantining of persons who are suffering from an infectious disease. Parliament’s scheme in that Act, balancing the considerations of the public health interest, on the one hand, against the individual freedom interest, on the other, required any regulations made under it to provide a right of appeal to a justice of the peace. But no such right of appeal has been created by SI 350. Nor, on any sensible reading, does the 1984 Act give the minister power to restrict the freedom of movement of healthy persons. Most legal commentators who have studied the provisions have concluded that SI 350 is what the law calls ultra vires, in other words outside the minister’s power. If a court takes the same view, the regulations are liable to be held invalid and of no effect.

If, in favour of the Government (but contrary to my view), the making of SI 350 was within the powers in the Public Health Act, then the Government’s choice of route, whether by accident or design, has achieved the sidestepping of the safeguards which Parliament enacted in the Civil Contingencies Act. Of course, by primary legislation Parliament can modify any pre-existing law, and had the opportunity do so by the 350-page Coronavirus Act. But that Act is no clearer than the Public Health Act in creating a power which would have authorised the stay-at-home restrictions on the entire population.

Another concern is that the Government has made exaggerated claims for the extent of the restrictions in place. The natural reading of the Government’s FAQ posted on the internet and read by millions says citizens can leave their homes for only four specific purposes. But what the SI 350 Regulations, in fact, prohibit is going out ‘without a reasonable excuse’. A series of instances are set out (actually more than four) which are deemed reasonable excuses. But this is a non-exhaustive list. Any ‘reasonable excuse’ will be a lawful justification for going out. Then the FAQ say, ‘you can also still go outside once a day for a walk, run, cycle … ‘ (emphasis added). But there is no restriction in SI 350 on how many times citizens may go out for bona fide exercise. The vice of what is happening here is that the Government is confusing what it would like us to refrain from doing with what we are legally prohibited from doing – a slippery slope.

Then there has been the behaviour by the police. Whilst we are no longer reading accounts of the most obvious excesses, concerns still remain. From my own limited circle of friends I have heard reports of police stopping a woman as she exited from a London Underground station to ask where she was going, and of police touring parks on bicycles, fostering a sense of unease in law-abiding citizens, and accosting any who are seen standing still. Under English law a police officer has no power to stop a person and ask for an account of where the person is going. If any Government wanted to introduce such a power, it would need to ask Parliament to legislate for it. There is a power for a police officer to stop a motor car, but only to ask the motorist for his driving licence and insurance: again there is no power to require an account of where he or she is going, unless there are grounds for reasonable suspicion of an offence.

As matters stand, the restrictions in SI 350 are incompatible with a number of rights in the European Convention on Human Rights. The stay-at-home restriction infringes the right to liberty in article 5 (unless, perhaps, ‘reasonable excuse’ is interpreted so widely as to make the regulation almost meaningless). The prohibition on gatherings sits uneasily with the right in article 11 to freedom of peaceful assembly and political activity. The compulsory closing of churches sits equally uneasily with the right in article 9 to manifest one’s religion in worship. All these rights are, of course, no more than statements of long-standing principles of our common law. The article 9 and 11 rights are qualified: they may be subject to limitations for the protection of public health, but only to the extent ‘necessary’. That may amount to the same thing as Parliament’s requirement in the 1984 Act that restrictions should be proportionate to the emergency.

Such tests may not fit every situation. The framers of the European Convention catered for that eventuality by creating the option for signatory states under article 15 to derogate from the Convention rights in various situations, including a ‘public emergency threatening the life of the nation’. We are probably in just such an emergency. So amongst the moves by which the Government might move matters towards a sounder legal foundation would be derogating from the Convention. This was the course which Michael Fallon, when Secretary of State for Defence, announced as policy if and when in future there are significant military operations. Ten European countries have derogated from the Convention in the last few weeks in relation to their coronavirus measures. The United Kingdom, however, has not to date done so. This might be because derogations must be limited to measures ‘strictly required by the exigencies of the situation’, and the Government lacks confidence in its ability to say that.

Does any of this amount to more than technical points? Surely, you may ask, all that matters is that the Government energetically enforces social distancing. In one sense almost every other consideration may have to make way for the vigorous pursuit of that policy. But if there are two ways of pursuing a policy, one of which accords with what we call ‘the rule of law’, and the other which does not, there is surely something to be said for the rule of law route. Dicey considered that the rule of law was one of the twin pillars of the British constitution.

Acting at high speed in the hour of crisis, juggling so many conflicting considerations, the Government can hardly be criticised if a few balls were slipped through fingers onto the ground. So no strenuous complaint should be levelled at the Government for its despatches in the heat of late March. But Government and Parliament do now have time to put the law on a sounder footing. Indeed, it will be essential for some new law to be made, since SI 350 will cease to be effective by late May unless it receives an affirmative resolution in both Houses of Parliament. It may be hoped that there will be thought before then as to the limits of the restrictions which are proportionately required by the laudable policy of social distancing, and exactly what new powers (if any) we want to give the police.

If there is not such working out of what measures are genuinely necessary to achieve the objective of social distancing, there is the possibility of a court intervening. That is because, in the absence of a derogation from the European Convention, a statutory instrument which is incompatible with Convention rights is unlawful under s.6 Human Rights Act: in consequence it is liable to be held to be of no effect. Even more concerning for the Government might be the possibility of businesses which have lost huge sums by reason of SI 350 claiming damages under s.8 Human Rights Act.

I have argued for many years that the Human Rights Act should be replaced by a UK Bill of Rights founded on the rights and freedoms recognised as principles by the common law. I believe that such a statute based on our own British heritage would have a greater resonance with the public than one apparently based on an international charter. But either way we all need some protection of fundamental freedoms. And so long as the Human Rights Act is the instrument in force we should give a cheer if it assists towards an outcome which strikes a proportionate balance between our nation’s health and our citizens’ freedoms.

Anthony Speaight QC is a barrister at 4 Pump Court who was a member of the Government Commission on a UK Bill of Rights. He recently co-authored Pardonable in the Heat of Crisis – but we must urgently return to the Rule of Law, with Guy Sandhurst QC. He is a past Vice-Chairman of the Bar Council’s IT panel and is currently Chair of Research of the Society of Conservative Lawyers and his Politeia publications include Covid-19 Contact Tracing: How Should Policy Proceed? (2020). He writes here in a personal capacity. 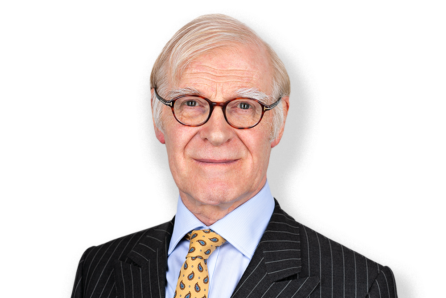 Anthony Speaight QC is a barrister at 4 Pump Court who was a member of the Government Commission on a UK Bill of Rights. He recently co-authored Pardonable in the Heat of Crisis – but we must urgently return to the Rule of Law, with Guy Sandhurst QC. He is a past Vice-Chairman of the Bar Council’s IT panel and is currently Chair of Research of the Society of Conservative Lawyers and his Politeia publications include Covid-19 Contact Tracing: How Should Policy Proceed? (2020). He writes here in a personal capacity.