The Hijab in Schools? 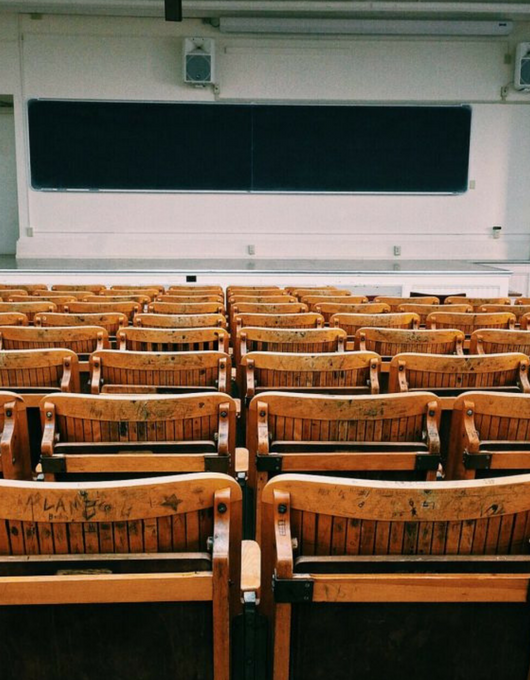 A sign on the door of the Administrative Court in Bologna makes it clear – anyone attending a hearing “cannot carry any weapons or sticks and must stand bareheaded and in silence”. But when a trainee lawyer of Moroccan descent was recently invited by the judge to leave the court because she refused to remove her headscarf, the hijab “affair” sparked debate about regulating religious expression in public places. In Germany last year a judge was accused of “sexism and racism” for banning a Syrian woman who refused to remove the hijab from court, because religiously motivated attire was prohibited.

Banning the hijab from public spaces has become a highly divisive debate in many European countries. Political correctness may be a useful strategy to defuse conflict and encourage dialogue and consensus. But in the case of primary schools and recent developments in England, the political correctness which Sir Michael Wilshaw detects in ministers, is a recipe for disaster. In fact, imposing the hijab on schoolgirls should not only be seen as illiberal practice. It should be regulated by the British state and courts more actively.

Here, there may be lessons from France, where, in 2004, the hijab was banned from all public schools in the country. The decision caused an outcry from Muslim associations all over the world. The claim was that the French law violated freedom of religion. Protests took place in Paris and in Europe’s other cities in summer 2004. Demonstrations in Egypt’s universities became a further focus for rebelling against the ban. Yet, despite demands from armed Islamic militants holding two French hostages (Georges Malbrunot and Christian Chesnot) in Iraq, France, in August 2004, upheld the ban on religious symbols and clothing, including that against Muslim headscarves. Approved by the French Assembly with a clear majority it had wide, cross-partisan consensus. Ironically, the alternative, accommodationist approach, historically embraced by a large group of French Socialist politicians, had paved the way to an assertive political decision to manage the perceived threat to social cohesion and national unity. Self-serving fragmented communities were viewed as incompatible with the republican ideological tradition of unity. Since then France has instituted educational programmes, such as that in Lyon with local universities in 2012/13, which aims to educate religious leaders (Imam) in the communities on what freedom of religion means – how living together requires a shared understanding of this right in the public sphere. Religious leaders are then awarded special recognition and a certificate.

One does not need to be “republican”, or “French”, to advocate more state intervention. Sir Michael Wilshaw has called for national guidelines for head teachers in English schools. They are, he warned, increasingly “left alone” to manage complex societal pressures. And so, hardly surprisingly, there is the demand for greater government involvement, one which seems sensible and right: ministers should respond to the increasing politicisation of the hijab “affair” in schools in England and policy must be clear.

From France, no less than from the judges in Italy and Germany, the message is that the liberal and democratic state has a duty to uphold the law as well  to guarantee equality between women and men – all the more in public institutions. Is it, we might ask, “politically correct” to accommodate a practice which undermines the freedom of women not to be subject to oppressive external forces? This is not a matter of the freedom of religion, which is rightly prized in democratic and liberal states, but a duty: government should protect minor children, vulnerable groups, and women in particular from external pressures to wear the hijab when they do not wish to conform. Headteachers in England, and all who use our publicly maintained education system, now need clarity from central government on how school girls, who would otherwise choose not to wear the hijab if  not forced to do so by families and religious leaders, can be protected at school. The reticence shown by the current schools inspector, Amanda Spielman, does not do justice to the justified demand by schoolgirls and women go to schools to be emancipated from the oppression they may experience at home. Schools are – and should remain – liberating experiences and should not be the extension of familial oppression. That goes for all religious and cultural groups.

England may not need to look across the Channel for legislative lessons, but to the liberal institutions of the past. At primary schools children begin their schooling, begin to learn how to think critically. Imposing the wearing of the hijab on schoolgirls who might otherwise keep religion and cultural life in their private sphere or even embrace values and lifestyles different from their brothers or fathers, can only be seen as an illiberal practice. It should be condemned, instead of assuaged by the state. The British government should adopt national policies that detach young pupils and children from the pressures of fundamentalist political and religious groups that instigate violence. It is not acceptable that in the classroom students fight against each other on the basis of their affiliation to religious groups, instigated by their local communities.

To return to Michael Wilshaw. a “politically correct” response to the pressures by local communities to “impose” the wearing of the hijab in primary schools undermines the goal of teaching children (and school girls in particular) to think critically. It may also lead to the alienation and marginalisation of minority women who play a critical role in the efforts against radicalization.  European judges may have fallen out of fashion recently in the British debate, but some of the judgements in Strasbourg illuminate a wider question – how to promote respect for schoolgirls and young women, their liberty and the gender equality necessary for a functioning and free democracy.

Dr Paola Mattei is Associate Professor of Political Science in the Department of Social and Political Sciences at the University of Milan. She was co-author for Politeia of The State, National Identity and Schools (2017, with New Direction).

Dr Paola Mattei is Associate Professor of Political Science in the Department of Social and Political Sciences at the University of Milan. She was co-author for Politeia of The State, National Identity and Schools (2017, with New Direction).