The EU want to hear Britain’s offer? The PM should propose a UK-EU Free Trade Deal 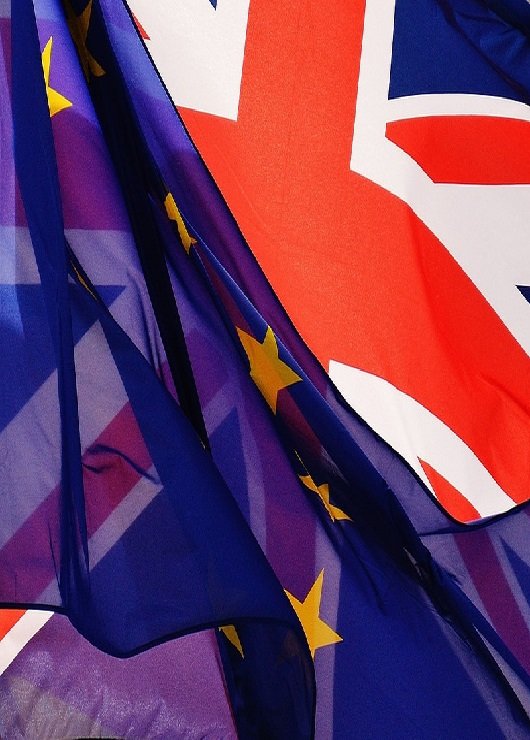 Now that the Withdrawal Agreement has been voted down, the UK is finally in a position to reboot its Brexit negotiations with the EU to provide for a proper and equal UK-EU relationship from the end of March. Here’s how it can be done.

The EU has so far been seeking to shackle the UK to unacceptable terms under which the UK concedes sovereignty to the EU, preventing the UK becoming globally competitive again. In other words, the EU was in practice doing everything possible to wipe out any benefits from Brexit. No wonder Parliament rejected the EU’s deal. Now that the dynamics have changed, we need to re-evaluate some fundamental precepts behind the mistaken negotiating strategy that took the UK to the dead end it has found itself in.

Instead of viewing the Northern Ireland border as an obstacle to a clean Brexit, which was how the EU depicted it in order to pack the NI Protocol with terms which would handicap future UK action, we must instead realise it can be the tool to unlock the current impasse. The EU, through Jean Claude Juncker and (in Ireland) Leo Varadkar, has made definitive statements that under no circumstances will there a hard border for Northern Ireland. This promise is clearly a red-line for the EU – and it means that they must do whatever they can to ensure that it is kept. The UK, which welcomes and shares this sensible and valuable commitment should now use it to its advantage. The legally binding solution is straightforward.

The UK must accept an invisible border in Ireland as the end point and work backwards in terms of the policy needed to get there. This requires that there be no border checks on goods for either technical and health standard compliance or customs purposes. Such a result could be achieved with full regulatory alignment and zero tariffs on everything between the UK and EU as was proposed without any end date by the Withdrawal Agreement, now rejected. Or there could be low tariffs and divergent standards maintained through ultra-soft touch, behind-the-border checks supplemented with smart border technology at the NI border.

However, the problem with implementing either of these strategies at the NI border is, of course, that under WTO rules the same benefits would need to be offered by the EU (and the UK) to all WTO members, as required by the Most Favoured Nation rule of Article I of the GATT. This rule applies to all WTO members regardless of whether they share a land border or not.

The UK may have little problem with that, since Ireland is its only land border. However, it would not be feasible for the EU since it would require a fundamental re-writing of the EU’s external trade policy. The EU has numerous land borders, from Morocco to Russia to Turkey to Switzerland. The EU will have to ensure that it will not need to change its entire trading relationships overnight on 29 March as a result of its commitment to Ireland.

The only practical way to avoid this would be for the EU to enter into a formally-established, properly notified preferential Free Trade Agreement with the UK. The FTA would have to provide for zero or near zero tariffs and minimal to no non-tariff barriers. It would also contain the commitment to no hard border in Ireland. The FTA parties would be exempt from the WTO requirement to offer the same terms to all other WTO members, as preferential agreements of this nature are allowed under Article XXIV of the GATT. A customs union would do the same job – but this would hinder our trade policy with third countries and undermine the result of the referendum. Legally, that would not be in the country’s best interest and it would create uncertainty for future trade so the UK must not agree to that.

Unlike a customs union, an FTA of this nature would require checks for so-called rules of origin in order to prove that the relevant product is entitled to the preferential treatment because it originates from within the free trade area (the UK or the EU). At first glance this might appear to be fatal to the EU’s no hard border promise. GATT Article XXIV(3)a, known as the “frontier traffic” exception, won’t help. This provision provides that regular traffic originating from a border area between neighbours can be given favourable treatment. Although this would allow low-volume border crossings to continue unimpeded regardless of any outcome, it would not permit the absence of checks on rules of origin. Likewise, GATT Article XXI allows states to override the MFN rule on national security grounds, but this provision would not justify ignoring rules of origin checks, particularly given there is limited evidence that behind-the-border inspections would cause security issues. But rules of origin checks required by FTAs are not as onerous as is often thought, as explained many times by specialist authorities on the matter. Rules of origin compliance costs are typically less than 1 per cent of traded value and inspections would not require infrastructure at the border.

Once one realises that an FTA is the solution from this impasse for the EU as much as for the UK, the clouds lift. By voting down the Withdrawal Agreement Parliament has equalised the negotiating dynamics and it should now be possible to achieve reasonable terms with the EU on Brexit. The UK must now present a draft FTA to the EU providing for zero tariffs on all goods and a commitment to eliminate all non-tariff barriers through comprehensive and dynamic, meaning forward-looking, mutual recognition. It should also guarantee mutual recognition for services along with enhanced equivalence for financial services, as detailed in a 2017 Politeia publication by Barnabas Reynolds. (link)

Given the EU’s word that there can be no border in Ireland, the EU ends up as the demandeur for an FTA – to use their negotiating parlance. This means that it is the EU that must come to the UK to ask for its help in crafting an agreement, as a solution to their predicament. And just as under the EU’s attempted NI Protocol, the UK is not bound to agree to any such arrangements. The UK should merely respond that it is happy to oblige the EU, but only on condition that the FTA contain the mutually beneficial terms just outlined, – providing for a close economic relationship with soft-touch borders but which allows for the UK’s required, fully independent trade policy. Finally, the UK must insist that there is no reason that this agreement cannot be executed straight away since it essentially encompasses many of the existing features of EU membership, precluding protracted negotiations. This means no interim agreement, such as envisioned by the rejected withdrawal agreement, should be necessary.

The EU places much store behind its international reputation and its desired positioning as a rules-based actor. It has rightly committed to ensuring there is no hard border in Northern Ireland. The UK has committed to the same. This fact must now be turned against the EU, as the EU once attempted to use it against us. It is their weakness, not ours. Rather than be disillusioned that that the withdrawal agreement was voted down, the UK government must immediately seize the opportunity to pressurise the EU into giving us what we want – and this time with trade negotiators with their eyes on the prize of an FTA and with the legal expertise and to secure it.