‘Brexit and the Border, Where Ireland’s True Interests Lie’ 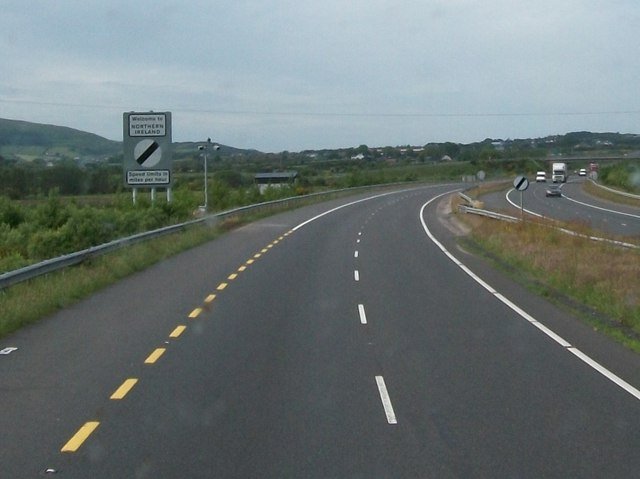 Link to PDF: ‘Brexit and the Border, Where Ireland’s True Interests Lie’

The Irish border has become an obstacle to the Brexit negotiations. All sides want to keep the border ‘soft’ and friction free and preserve the gains of the Good Friday Agreement. But the EU and Dublin have rejected Britain’s proposals.

In Politeia’s latest publication, ‘Brexit and the Border, Where Ireland’s True Interests Lie’, Ray Bassett considers the border against the background and reality of Ireland’s economic and political interests, and the options for the UK government. A former diplomat, who served as Ireland’s Ambassador to Canada and was also a Good Friday Agreement negotiator, Dr Bassett explains that the Irish Government’s present policy is not in the country’s best interests. It leaves Ireland dangerously exposed if the border problem scuppers an overall EU/UK deal.

The author analyses the different options floated to ‘solve’ the border question. Politically the only possible solution is one based on technology along the lines proposed by the UK. This would be based on a trusted trader programme. Proven models, such as that in Australia, already exist from which some useful features might be adopted.

By contrast the EU’s proposals would endanger the stability of the island. Brussels should abandon its red line that anything on the island of Ireland must “maintain the integrity of the Union’s (i.e. the EU’s) Legal Order”. Bassett questions the wisdom of the Irish Government in aligning itself with Brussels at a time when the EU itself is undergoing changes, none of which are in Ireland’s interests. Moreover, a number of national elections across the EU have made clear a rising alienation of voters from the centralising policies of the present EU.

Irish leaders should change course and work to resolve the border dispute rapidly and towards a comprehensive free trade agreement between the UK and the EU. Given the historic, ethnic, cultural and economic links between Ireland and Britain, it is strongly in their country’s interests to do so. Ireland needs a successful Brexit.

The author concludes by proposing the Irish government should:

Commenting on the legal framework, Professor David Collins explains that legally Bassett’s proposals would work well to Ireland’s interests. Liam Halligan explains why economically, Ireland cannot afford to face the future without being in a free-trade agreement with the United Kingdom.

Dr Ray Bassett has been a senior diplomat at Ireland’s Department of Foreign Affairs in Dublin and has served as the country’s Ambassador to Canada, Jamaica and the Bahamas 2010-2016. Other diplomatic postings include Copenhagen, Canberra, Belfast (twice), London and Ottawa. He was involved in the Good Friday Agreement negotiations as part of the Irish Government Talks Team and participated throughout the discussions, including the final session at Castle Buildings in Stormont.

David Collins is Professor of International Economic Law at City, University of London and a WTO specialist. He previously practised commercial litigation in Toronto and was a prosecutor for the Attorney General in Ontario. His previous publications include An Introduction to International Investment Law (2016) and his Politeia publications include Negotiating Brexit: The Legal Basis for EU and Global Trade (2017).

Liam Halligan is an economist and co-author of Clean Brexit: How to make a success of leaving the European Union (2017) with Gerard Lyons. Since 2003, he has written a weekly multiple award-winning “Economics Agenda” column in The Sunday Telegraph. He also writes regularly for Unherd.com, The Spectator, The Sun and appears three times a week on CNN-Talk.

‘Brexit and the Border, Where Ireland’s True Interests Lie‘ is published by Politeia, 14a Eccleston Street, London, SW1W 9LT. For the e-version, please apply to press@politeia.co.uk.

Publication was marked by a special event at the House of Commons to discuss the themes: