The Constitutional Role of the Judiciary – Precedents and Position 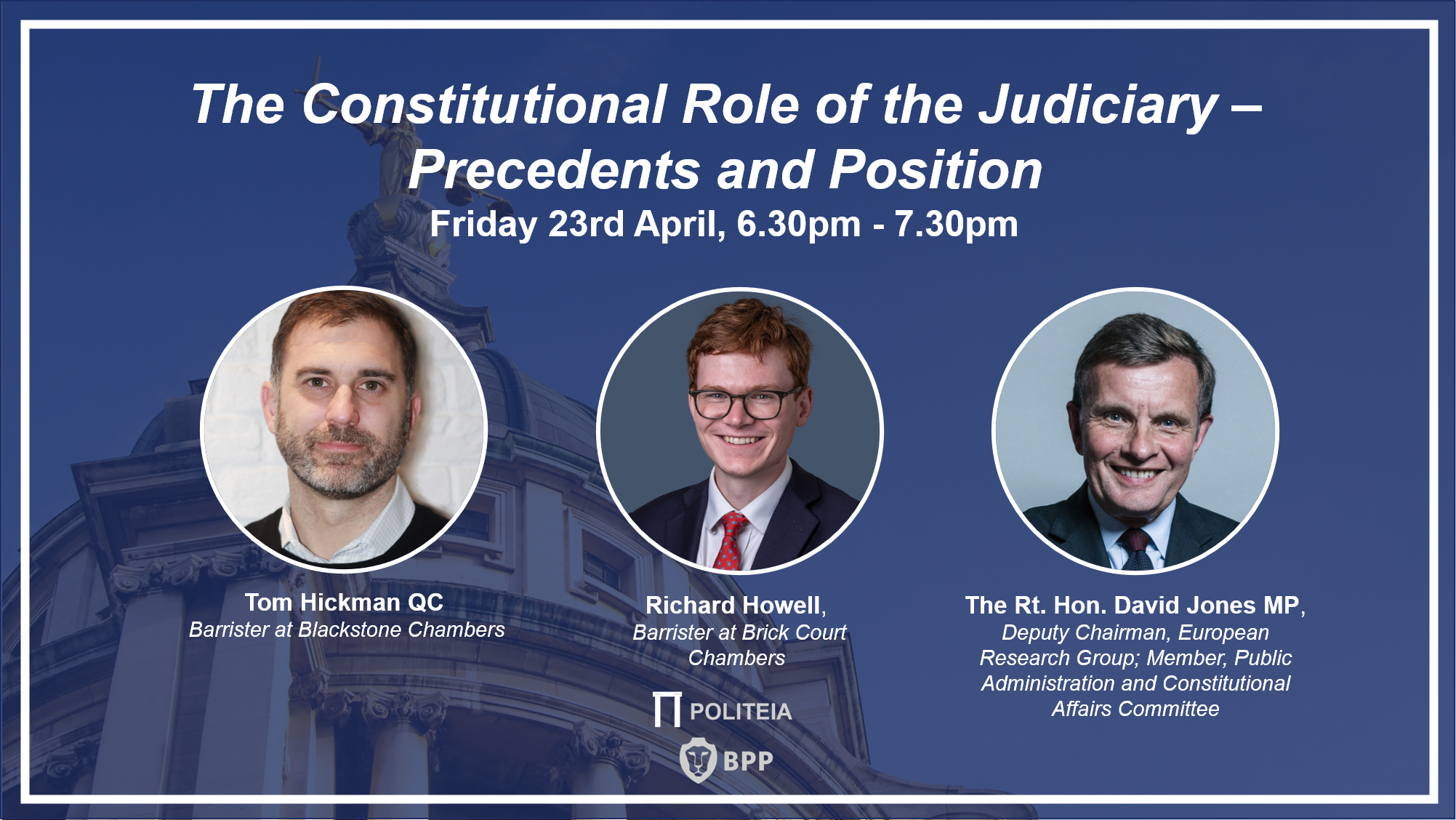 For many people the Brexit process in the years after the 2016 EU referendum involved differences fought out in parliament, government and the courts, about precedent and law.

These differences will be addressed in Politeia’s 2021 series with BPP which will consider the theme: The Constitutional Role of the Judiciary in Brexit: Controversial in Practice, Right in Principle? There will be three panel events. The speakers will include lawyers representing the two sides in the court  hearings.

Guest speakers from the legal profession will include:

Speakers will consider the constitutional role of the judiciary in the U.K.’s constitution and the Brexit process with reference to earlier but equally ‘political’ questions decided by the Courts.

We hope you can join us online for this Zoom event at 6.30pm on Friday, 23rd April. Please follow this link to register to attend and email secretary@politeia.co.uk if you have difficulties registering.