Christmas messages from those in public life tend to follow a set pattern: concentrating on Christmas as a time for family, for remembering those less fortunate than ourselves, for hoping for peace and reconciliation. Whilst all these are worthy and laudable sentiments, they really rather miss the key point of this important festival in the Christian calendar.

Christmas is actually about an extraordinary mystery, of God becoming man and walking among us, born of a virgin mother. As one of Jesus’ closest friends and followers, the apostle John, put it,

“And the Word was made flesh, and dwelt among us (and we beheld his glory, the glory as of the only begotten of the Father,) full of grace and truth” (St John 1 v. 14)

These words, so often heard at this time of year, are as familiar to us as children with tinsel haloes and paper wings, or tea towels wrapped round their heads, taking part in countless nativity plays. It is a story to which we have become so accustomed that we are in danger of taking it for granted, and not seeing the extraordinary nature of it; a story so literally incredible that if it were not for the eye-witness accounts from the time that have been passed down to us, we could fairly dismiss it as nothing more than a seasonal fairy tale.

But the message of Christmas is a serious one, more important than life and death, one of eternal life, of redemption, of salvation, and of pain, humiliation, suffering, and boundless, unconditional love.

The traditions of Christianity are so ingrained in our culture that we risk missing the underlying purpose of Christmas. We are equally in danger of forgetting that something as unremarkable to us of celebrating this annual festival can be a radical and dangerous statement in many parts of the world.

Earlier this month, the Archbishop of Canterbury, Justin Welby, warned that Christian communities in the Middle East were facing what he described as “imminent extinction”. Hundreds, if not thousands, of Christians across countries such as Iraq and Syria have been killed, others made slaves, and many more forcibly converted to Islam. Hundreds of thousands have been forced from their homes.

In Iraq, the Christian population is today less than half what it was in 2003, whilst Syrian Christians have suffered the same decline in the period since 2010.

Far from matters improving for Christians in the Middle East, the situation continues to deteriorate. According to organisations such as Christian Solidarity Worldwide, and Aid to the Church in Need, intolerance towards religious minorities is increasing in many Muslim majority countries.

It seems extraordinary to us in our comfortable western existence, that there are countries not millions of miles away from us where to celebrate Christmas, to attend a church service, to watch a nativity play, is actually to put oneself at risk of persecution, slavery, or even death. And yet that is the situation for too many in the Middle East. As Justin Welby said: “To live in a country, or a society where a government, or an armed group, or even a minority of people, consider that you should be consigned to oblivion because of your faith in Christ, is an experience without parallel”.

We will all celebrate Christmas in our own way, some focusing on the religious aspect, and others ignoring it. But even those who have no faith themselves would do well to remember at this time the growing numbers throughout the world who do not have the freedom to spend Christmas as they wish, who for fear of persecution have to keep their celebrations private.

Let us all pray at this time for the fulfilment of the prophesy of Isaiah, read in churches across the world at this time of year:

“For unto us a child is born,
Unto us a Son is given:
And the government shall be upon his shoulder:
And his name shall be called Wonderful, Counsellor, the Mighty God, the Everlasting Father, the Prince of Peace.
Of the increase of his government and peace there shall be no end.” (Isaiah 9 v. 6-7) 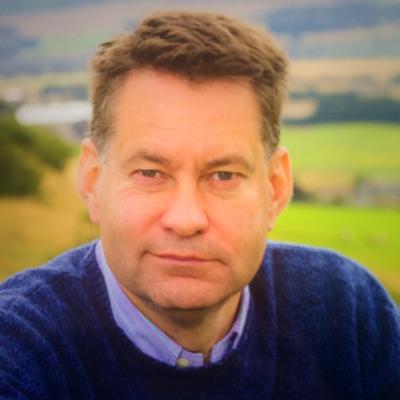