The Art of the Possible

Very few political surprises were as great as the Prime Minister’s announcement on Tuesday that there would be a general election on 8th June.

Like all great military manoeuvres, the element of surprise was essential to the impact. In the first instance, it would appear that the Conservatives have enjoyed a little bit of a bounce in the opinion polls.

People say that the Prime Minister is needlessly opportunistic. Having seen the polls, they argue that she is determined to crush Labour once and for ever in a decisive general election victory.

This could not be further from the truth. After all, these were the same people who last year suggested that the Prime Minister was running scared by not holding a general election then. Only last month, Nicola Sturgeon was taunting the Prime Minister that she was ‘not yet elected by anyone’. This week she changed her tune, talking about the election as a political miscalculation.

Voters are intelligent enough to see through this kind of hypocrisy. The Opposition politicians who taunted the Prime Minister about being unelected – even Corbyn did this at PMQs when he boasted of the 300,000 Labour members who voted for him – will not in the future be able to make these claims if the Prime Minister secures her own mandate in June.

The Prime Minister’s reasons for seeking a new mandate are pretty self-evident. Brexit changed the whole nature of British political life. We witnessed the departure of a Prime Minister less than 15 months after he had won an unexpected majority in 2015. The Chancellor was summarily dismissed, and the new Cabinet had the look and feel of a new Government. In this context, it rapidly became a matter of discussion when the Prime Minister would go to the country to seek her own mandate. Speculation was rife. The Prime Minister had to kill that speculation ahead of the legal challenge to her triggering Article 50.

She did this effectively by denying that it was her intention to have an election.

All this was entirely reasonable, and showed an impressive command of political reality. The triggering of Article 50 was a delicate issue. The Prime Minister had set herself a target date of the end of March and, in order to achieve this, as writs and court cases were flying, she had to keep a cool head and a grip on her strategic objective.

The passing of the Article 50 legislation without a single amendment was one of the most impressive pieces of parliamentary management we have seen in recent years. All of this could only be achieved by a sharp focus on the matter in hand. Any talk of a general election while the court case, and the Bill to trigger Article 50 was wending its way through the House, would have been a distraction.

Once this was out of the way, talk of an election came back, and the election itself is not simply about Brexit. The truth is that the Prime Minister had many issues on her domestic agenda, like the extension of grammar schools, which could not be easily realised. A Commons majority of only 17 would constrain the Prime Minster, and not allow her the room to pursue her own agenda.

A new mandate is now necessary. The Prime Minister, after 20 years in Parliament, is not only a determined political leader but she is also an accomplished parliamentarian. Having been shadow Leader of the House for four years between 2005 and 2009, she understands the House, the nature of Parliamentary arithmetic and the importance of commanding a decent majority far better than many of her immediate predecessors. It was this logic that made the final decision to hold an election perfectly clear.

The election itself may be full of surprises. Who knows what will happen? It seems likely the Conservatives will win a majority, but the size and nature of that majority is unknown and, as we know, in elections there is always room for an upset.

Kwasi Kwarteng has been Conservative Member of Parliament for Spelthorne since 2010 and is currently Minister of State for Business, Energy and Clean Growth. He took his doctorate in British history from the University of Cambridge and his publications include Ghosts of Empire, War and Gold and Thatcher’s trial. 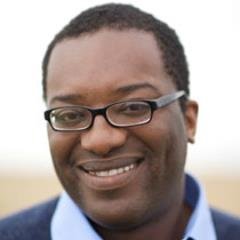 Kwasi Kwarteng has been Conservative Member of Parliament for Spelthorne since 2010 and is currently Minister of State for Business, Energy and Clean Growth. He took his doctorate in British history from the University of Cambridge and his publications include Ghosts of Empire, War and Gold and Thatcher’s trial.