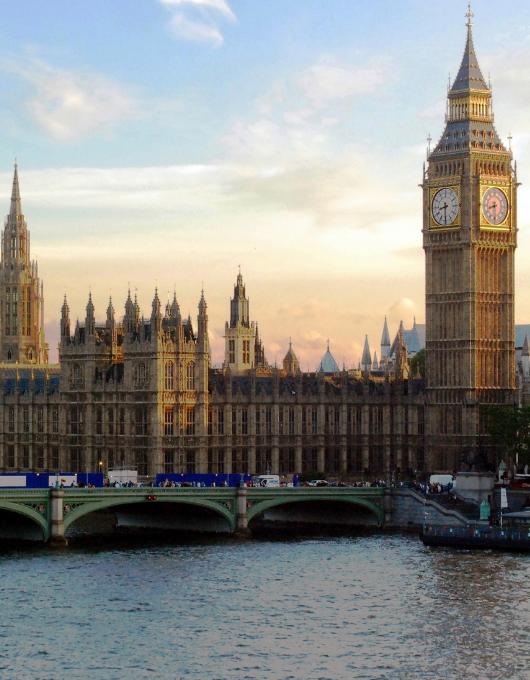 While there has been much attention given to the harmful features of the Withdrawal Agreement and Political Declaration from the standpoint of the UK’s international trade policy, there has been limited recognition of another incredibly damaging aspect of the proposed arrangement – the burden it places on the UK to conform to EU rules on State Aid, dictated by the EU Commission and enforced by the ECJ.

While economists often caution that state support of industry is inefficient, in many cases targeted support for key industries, such as those developing new technologies, or which operate in deprived regions, can be a vital component of a sound economy.  And tax policy is generally used to incentivise desirable economic activities. The control of State Aid has hitherto been carefully supported by the British government, especially the Treasury which has been highly effective at controlling wasteful spending on politically favoured industry and fiscal competition among the various regions of the UK. However, the system has depended on UK political involvement in the application of State Aid rules by the EU.

The EU has the most comprehensive State Aid regime in the world, but its rules are quite strict, and are becoming ever more so, going well beyond the WTO’s Agreement on Subsidies and Countervailing Measures (SCM) which were designed to prevent trade-distorting subsidies. Several EU Member states have fallen foul of the system which requires extensive notification and a protracted approval process by the Commission. The provisions on State Aid contained in the EU Treaty offer limited guidance on their application and grant much discretion to the ECJ and the Commission. Indeed the Commission uses the State Aid rules as a political instrument, to interfere increasingly in fiscal and other policy areas.

State Aid has consistently featured in the EU’s Brexit negotiations since 2017. The EU sees it as essential to try to pin down the UK from too much competition in the name of providing a “level playing field.” The EU is concerned that a trading partner which takes its own approach to State Aid may end up in a stronger competitive position, attracting trade and investment away from the Single Market. Accordingly, in its view a country which is unwilling to follow the EU’s State Aid regime should have a difficult task securing commitments on more conventional trade matters, like tariffs and market access. However, the EU has not managed to impose this on Canada and other trading partners, and it is not a feature of the WTO framework. So their leverage is minor. Mindful of the EU’s hard-line approach, in her Mansion House speech in March 2018 the Prime Minister indicated that the UK will likely retain alignment with EU law on State Aid. Were this only to be a carefully defined framework in law, which is interpreted by the UK courts, it might not have been overly contentious.

However, the Withdrawal Agreement, specifically the much-maligned Northern Ireland Protocol, contains extremely intrusive provisions on State Aid, which were likely designed to appease the EU. These create significant risks for the UK in the Backstop and for any future trading relationship built on the Backstop.

Since the legal definition of State Aid is contained in the EU Treaty, the assessment of whether governmental intervention constitutes State Aid is controlled by the ECJ, which has final interpretive authority over all aspects of EU law. The ECJ has continually expanded the definition of State Aid aggressively, and hence the jurisdiction of both itself and the European Commission. The latest example of this approach is in in relation to tax policy, which it has used the State Aid rules to control, even in relation to taxes which apply to everyone but where only some people opt into the relevant tax regime. Since the EU Commission has not been able to get agreement on tax harmonisation across the Member States, it has manipulated the State Aid rules to try to achieve a similar objective. The ECJ, which adopts an interpretive lens of integration wherever possible, has supported them. The threshold for what amounts to a “selective” advantage in the tax system (as opposed to a general tax rule outside State Aid control) has consequently been lowered significantly. The concept of State Aid now potentially encompasses a wide variety of fiscal choices – e.g. tax breaks to encourage particular kinds of behaviour by companies. The result is that “State Aid” is now much broader than commonly appreciated.

Under the Withdrawal Agreement’s proposed Backstop, the UK is committed to dynamic harmonisation with Brussels. This is more than merely non-regression. Keeping the UK locked in step with its State Aid rules as applied by the Commission will give the Commission significant leverage over UK fiscal policy in the Backstop. It is not merely a benign way to stop wasteful or trade distortive subsidisation, which would be achieved anyway by the WTO’s SCM. This arrangement could prevent the UK for example from assisting start-ups, farming, tailoring tax policy in financial services or other key sectors.

Additionally, the Backstop grants the Commission direct executive power over State Aid approval in Northern Ireland.  This is despite the fact that the UK has committed to substantive harmonisation of rules. There is no rational or democratic basis for the Commission to maintain direct executive decision-making power over State Aid in Northern Ireland.  Given that control by the UK Competition and Markets Authority (CMA) is sufficient for the Great Britain /EU single customs territory where there is no ability to use trade defence against subsidisation, this should also be sufficient in Northern Ireland.

The Commission’s executive power in Northern Ireland creates the possibility for parallel investigations and therefore de facto direct executive control by the Commission of State Aid in Great Britain. In addition, the Backstop grants the Commission the right to supervise the UK CMA, which must submit its decisions in draft to the Commission for comments.  The Commission has 3 months to do so but may extend this period by seeking additional information. In current State Aid investigations, the Commission uses exactly the same power to extend investigations for as long as it wishes – a year is commonplace. This right of supervision and the Commission’s role for Northern Ireland removes the CMA’s ability to provide timely and efficient State Aid approval to UK business and eliminates any ability for the CMA to exercise its discretion differently from how the Commission wants it exercised. It also allows the Commission to interfere with tax and other policy choices made by future UK Governments. Under the proposed Backstop, the CMA’s ability to manage State Aid in the UK will be eviscerated, leaving a significant component of the UK’s fiscal policy at the whim of the EU, an organization in which the UK will have no say and which increasingly takes a different tack on policy from that of the UK. This will get dramatically worse when the UK has no political say in overseeing the Commission’s activities by virtue of being an EU member state.

The importance of retaining autonomy over State Aid should not be understated. The proposed arrangements would, if adopted, permit the EU to control UK fiscal policy on a dynamic basis. The UK would not be an autonomous actor on the world stage. Surrendering this element of sovereignty to the EU is yet another reason why the Withdrawal Agreement is a hugely one-sided arrangement which would leave the UK in a much-weakened position.