Stand up for Christians in the Middle East! 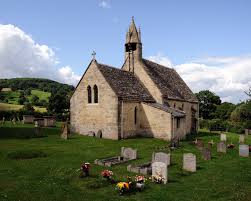 After the Spring Budget, plans to change National Insurance payments by the self-employed were abandoned on the Prime Minister’s intervention on the ground that such proposals might contravene the spirit, if not the letter, of the Conservative Manifesto. For many, such a concern for manifesto promises will be refreshing and encouraging. Putting the ‘spirit’ of that Manifesto aside, let us look at some of the letters. In 2015 the Government promised to ‘stand up for the freedom of people of all religions – and non-religious people – to practise their beliefs in peace and safety, for example by supporting persecuted Christians in the Middle East’.

Sadly, it seems as though the Government are unlikely to declare the situation in the Middle East for what it is – genocide. As long ago as April last year, the House of Commons voted for this truth to be recognized, and by a majority of 278-0. Ultimately, we cannot say we stand up for the freedom of people of all religions unless we recognise the truth – and the dreadful impact – of their persecution, and prosecute accordingly. If oppressors can act with impunity, what message does that send to such suffering communities?

While we wait – and wait – for the United Nations Security Council and the International Criminal Court to act, it cannot be doubted that Christians are a particularly vulnerable group. The targeted attacks on two Coptic Christian churches in Egypt on Palm Sunday, killing many innocent men, women and children as they left worship, was a tragic reminder of this just a few days ago.

The statistics about the displacement of Christians in the Middle East are alarming. In 2003 there were around 1.5 million Christians living in Iraq; now it is an estimated 200,000. In Syria, it is estimated that around one million Christian Syrians are now refugees. Those who remain in the region face ongoing religious taxes, torture and rape. At this Easter time, it is salutary to remember that the Romans ultimately outlawed crucifixion as too cruel a punishment, even by the standards of their day – yet today, crucifixions are being carried out as one of many horrendous forms of persecution against Christians.

Most who flee to the UK would rather stay in a peaceful Middle East and those who find asylum are proportionately underrepresented. Christians made up 8% – 10% of the Syrian population before the civil war began in 2011 but they made up only 1.97% of asylum places under the Syrian Vulnerable Persons Relocation Scheme as of June last year. There is no similar scheme in place for those fleeing the terror in Iraq.

There is no clear plan to help Christians remain in their homelands despite the long-accepting moderating nature of their presence in the region. Those who stay report a disproportionately lower degree of help from United Nations High Commissioner for Refugees (UNHCR) provision. Meanwhile, non-UNHCR aid centers are reporting chronically low levels of supplies. Within the UNHCR camps, there have been many reports of minority groups of Christians or individuals facing discrimination and violence within. This has also been reported in European camps, as in Germany recently.

The simple solution to this problem would be to accept that right now Christians are encountering discrimination in what are often Sunni majority camps. Many Christians, of course, fearing persecution in the camps, do not enter them at all. There is a need for a concerted effort to help Christians in this situation, a need for independent translators, security personnel and separate accommodation within camps.

The main blockage to this change is a policy, adopted and pursued by aid agencies, including DFID, that religious affiliation should not be a criterion for allocating help. Yet it precisely that affiliation which in many cases is the single cause of displacement, homelessness, hunger, and the refugee status of many. The Archbishop of Erbil has repeatedly spoken against this mantra that has failed his people: “It is exactly this reasoning, that religion should not be a factor at all…that has resulted in Christians and other minority communities being overlooked by U.S. and UN aid programs. He notes that such reasoning ignores the fact that “ISIS targeted people primarily on the basis of religion”.

The most cited basis for the UK, the US and the UN not wishing to provide ‘discriminatory’ provision is Rule 88 of the International Committee of the Red Cross rules of customary International Humanitarian law. It states that “Adverse distinction in the application of international humanitarian law based on race, colour, sex, language, religion or belief…or any other similar criteria is prohibited.” Rule 88 is effectively saying, all things being equal, we should not discriminate.
However, such distinctions are in fact made in order to allocate aid to those in the most urgent need of care. There is clear precedent for a distinction being drawn to protect a specific vulnerable group. The protection of women under Rule 134 is an example of the operation of a distinction that is not considered to be ‘adverse’ in practice, as sex is listed as a criterion on which no discrimination can be made under Rule 88. This is a recognition of the “specific needs and vulnerabilities” of women and girls. We need to recognise, with regard to aid provision, protection and asylum, that Christians and other minorities do have “specific needs and vulnerabilities”. In other words, at present for hundreds of thousands of Christians, not all things are equal.

Addressing this inequality is a key part of the fight against global terrorism. Today, we see the rise of hyper-extremism. I have raised this repeatedly in Parliament, and as I told the House of Commons in November, such extremism, which ‘is primarily but not exclusively violent Islamic hyper-extremism…is determined to do nothing less than eliminate all other beliefs, including moderate Muslim beliefs, and develop a monoculture.’ This threat makes the importance of promoting inter-religious dialogue all the more pressing. This intolerant hyper-extremism does not come out of nowhere. There is a pathway we have seen repeatedly which leads to it. An intolerance of minority beliefs, the curbing of freedom of expression, thought and belief within societies, can lead to discrimination and ultimately to persecution by state and non-state actors. It may initially start with marginalisation, inequality and a denial of civil liberties such as free speech, but it can lead on to discrimination in terms of access to education, a job or a home. More gravely, that can lead to displacement and violence. This is not a footnote in the crises of global terrorism and refugees. It is a central cause, and its growing prevalence is feeding the increase in refugees across the globe – up from 59.5 million to 65.3 million in the past two years alone.

We cannot ignore this anymore. It is time to accept that helping Christians and other minorities in desperate need is not a betrayal of an equality principle, but rather a key step to ensure we honour both the spirit and the letter of our Manifesto promise.

Fiona Bruce has been Conservative Member of Parliament for Congleton since 2010 and is a member of both the Joint Ecclesiastical Committee and Joint Committee on Human Rights in Parliament. Prior to entering Parliament, she practised as a solicitor and ran her own law firm.

Fiona Bruce has been Conservative Member of Parliament for Congleton since 2010 and is a member of both the Joint Ecclesiastical Committee and Joint Committee on Human Rights in Parliament. Prior to entering Parliament, she practised as a solicitor and ran her own law firm.