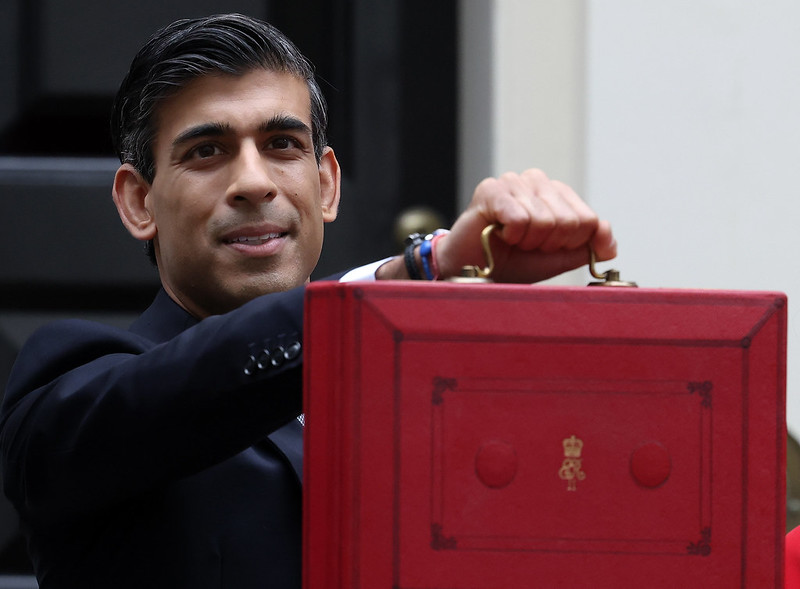 The big public spending hikes in this week’s budget imply the tax burden will rise to over 36 per cent in the next five years, its highest level since the early 1950s as the OBR points out. But, adds Tim Congdon, that’s not the whole story. Because UK banks have large cash reserves deposited at no interest with the Bank of England, the country faces a hidden tax on top of the tax rises already announced.

Rishi Sunak’s 2021 Budget has had a rough reception from Conservative-supporting newspapers, with Allister Heath at The Daily Telegraph using words like “nightmare” and “catastrophe”. The hostility is understandable. As the Office of Budget Responsibility (OBR) remarks in its Economic and Fiscal Outlook, big expenditure increases imply a rise in the tax burden. To quote, recent Budget actions “raise the tax burden from 33.5 per cent of gross domestic product recorded before the pandemic in 2019-20 to 36.2 per cent of GDP in 2026-27 – the highest level since Clement Attlee’s post-war Labour government in the early 1950s”.

All the more upsetting is the fact that – assuming the Conservatives are still in power in 2026-27 – the unusually heavy cost of the British state will be after more than 15 years of uninterrupted Conservative rule. (Of course, the first five years of the period were shared with the Liberal Democrats in a coalition. But the coalition was in fact more successful in expenditure restraint than the Conservatives have been by themselves subsequently).

The OBR is nevertheless inclined to explain the Government’s situation rather than to make criticisms. It says that on current plans public expenditure, relative to national output, will run at “highest sustained level since the late 1970s”, just ahead of the Thatcher and Major governments. It further observes that, “The composition of the post-pandemic state [meaning the state sector, with all its expenditure] in the final year of the Spending Review reflects how our society and our world have changed in the intervening half century. Spending on health, social care and pensioner welfare has grown as a share of GDP since the late 1970s, from 8.9 to 14.2 per cent of GDP as society ages.” Less pressure has come from other parts of public expenditure. Again, to quote, “Spending on debt interest and defence has almost halved as a share of GDP [in the half century], reflecting falling interest rates and the end of the Cold War.”

Does it need to be said that the present Government is lucky in the help it has received from the debt interest bill? In 1982 public debt was less than half of GDP, but interest on the debt was 5.3 per cent of GDP. Plainly, the average interest rate was over 10 per cent, which may seem staggering from today’s perspective, but was the logical response by investors to the double-digit inflation that had been experienced in the 1970s. In the 2020-21 fiscal year net public debt was approaching 80 per cent of GDP, while interest payments on it were a mere 2 per cent of GDP. The implied average interest rate was only 2.5 per cent.

On Budget day itself the immediate reaction of the UK government debt market to Sunak’s announcements was of relief, even gratitude. Gilt-edged prices increased strongly, apparently because tax increases and other developments have lowered the budget deficit relative to earlier gloomy forecasts. All the same, the Government’s finances are vulnerable to a potential loss of investor confidence. Even the Treasury’s own analysis in its Budget and Spending Review recognises that, “…debt interest spending is now far more sensitive to changes in short-term interest rates and inflation. This is due to a higher initial stock of debt including inflation-linked gilts, following the impact of COVID-19 and extensions of the Bank of England’s Asset Purchase Facility (APF) that have reduced the effective maturity of government debt by substituting fixed-rate gilts with an average maturity of around thirteen years with floating rate central bank reserves.”

Here is a brief, less than obvious and rather unsatisfactory reference to “quantitative easing”, the method by which a high proportion of recent enormous budget deficits have been financed. The Bank of England pays no interest on those “central bank reserves” that commercial banks hold with it, and the commercial banks pay no interest on the deposits which are their matching liabilities. Any positive inflation rate therefore means than an inflation tax is being levied on deposit holders.

Bank of England data show that at the end of August UK-resident banks’ cash reserves were about £830 billion. It follows that – by conducting policies that result in 5 per cent inflation –the Treasury and the Bank of England are in cahoots in levying an inflation tax of £40 billion a year. That is an insidious hidden tax over and above the explicit tax rises made necessary by the over-expansion of the UK state. No wonder the Budget and Spending Review is worried that investors may be upset by current irresponsible financial and monetary policies and may demand much higher interest rates in future.