Respected and Admired – A Rare Politician

Respect for politicians is at a low ebb. Yet the widespread public response to death this week of Charles Kennedy was of affection as well as of shock.

The Daily Record, a Labour-supporting tabloid, said in its leader column: ‘His death has prompted a wave of sadness because we feel he was neither elite nor remote as a politician. He was one of us.’

As the House of Commons briefly suspended business for tributes to be paid, Liam Fox paused and blinked back tears, one of several Conservatives from the party’s centre-right who spoke poignantly of Kennedy’s loss.

This, remember, for the ex-leader of Liberal Democrats, who suffered a near wipe-out in the general election a month earlier.

The reaction reflected Charles Kennedy rare gift as a politician: his ability to see and articulate politics from the perspective of the ordinary person. He did so with humour, with a wry self-deprecating manner, often with modesty and with careful moderate use of his language.

This is why many people liked him: he was among the first to capture the emerging anti-politics sentiment that has made British politics increasingly fluid. Many people felt an instinctive sense of connection with him, whether they knew him or not.

There is a paradox here. Kennedy was, in a sense, the ultimate professional politician: being a Member of Parliament was the only proper job he ever had. After six years as a student (five at Glasgow university, where changed course and repeated a year, and a sixth in the United States), he was elected at his first attempt aged 23. When he lost his seat last month he had served 32 years in the Commons.

He, however, felt himself to be an outsider. In part this was due to his upbringing: a West Highlander and a Catholic who won a seat at Westminster against all predictions – he came from fourth place to unseat a Conservative minister in the 1983 general election.

Despite his public persona as a genial and quick-witted personality, Kennedy was also a shy man. In private he was more reserved and reflective than most people would expect.

He was an immensely gifted politician: he was a champion debater at school and at Glasgow University Union, although he never fulfilled this early promise to become a great parliamentary orator like, for instance, Robin Cook, William Hague or Ian Paisley. Instead Kennedy developed and refined a conversational style or oratory more suited to the television studio.

Nor was he a natural leader. He shied away from confrontation, put off difficult decisions and preferred to keep his options open and operate on instinct rather than lead the Liberal Democrats via the party’s conventional structures, to the frustration of many activists.

As we now know, he had his demons: he was an alcoholic for much of his adult life, not drinking all the time but indulging in sporadic sprees that would leave him unable to function. During his six years as Lib Dem leader, there were times when his tight inner circle kept him from public view to avoid his secret from coming out. Ultimately they were unable to do so, which was why he was toppled by a revolt among Lib Dem MPs in January 2006.

Kennedy deserves to be remembered for two things. While he led the Lib Dems to the third party’s biggest electoral strength since the 1920s, winning 62 seats in the 2005 general election, they ought to have done still better with Tony Blair losing popularity and the Conservatives still recovering from their wilderness years. Nor did Kennedy prepare the Lib Dems for government; essentially he led them back into opposition.

But he certainly deserves to be remembered for leading opposition to the Iraq war, the only British party leader to do so; not just for what he did but how. On Iraq he was measured, patient, eloquent but resolute.

His other legacy is the way he conducted his politics. His rare emotional intelligence, preference for understatement rather than hyperbole, a willingness to listen as well as his instinctive decency made him an unusual politician. People liked his style. Other politicians might take note.

*Greg Hurst is a journalist at The Times and author of Charles Kennedy: A Tragic Flaw (Politico’s, 2006)

Greg Hurst is Social Affairs Editor at The Times and author of Charles Kennedy: A Tragic Flaw (Politico's Publishing, 2006). 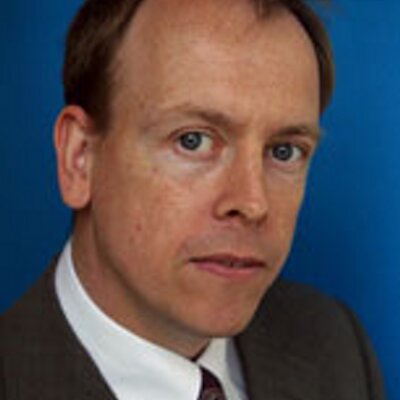 Greg Hurst is Social Affairs Editor at The Times and author of Charles Kennedy: A Tragic Flaw (Politico’s Publishing, 2006).