‘Renegotiation with a Reformed EU’ is now the declared British way forward out of the EU tangle. Ideas and shopping lists abound about the issues needing renegotiation – from the technical to the fundamental. Many of them would require changes in the EU Treaties.

But what about the reform part of the strategy? Where and how is that going to start?

Rather than becoming bogged down in sterile, bilateral and ultimately divisive arguments about Britain’s relations and powers vis-a-vis the rest of the EU (a situation towards which events are currently fast slipping), Britain should take the initiative in reforming (i.e. changing the direction of) the EU as a whole.

The British need to make and win the case for a better sort of Europe, more attuned to the 21st century and the digital age – and do so in a manner which wins over allies throughout the EU. It must be shown, as so many across the EU privately acknowledge, that the integrationist doctrine has reached its limits and goes flatly against the powerful trends of modern technology and that a more sustainable model is available.

From both Eurosceptic and Europhile wings it will be asserted that this is ‘not on’ and that the rest of the EU ‘will never have it’. But these views are rapidly becoming out of date. Big forces are building up not only at national and political level throughout Europe, but also at the levels of intellectual argument and theory, which invalidate the old integrationist case and put in reach the alternative, but still constructively European, model of flexibility, diversity and decentralisation of powers.

Most of the current campaigns for change on the EU front have started from the narrower and shallower assumption that integration will prevail for the ‘core’ majority of member states, that it will work and that this there­fore gives Britain no choice but to laboriously (and probably unsuccessfully) review its relationship with Brussels on a bilateral basis. Far better and more convincing would be the starting point that integrationism is not the best thing for modern Europe at all, that it probably will not work and that new ideas can do more for the EU, and its future health and interface with the rest of the world, than the prevailing ‘more Europe’ orthodoxy can ever deliver. In other words, the whole direction of the modern EU can and must be changed if it is to lift itself out of the paralysis, stagnation and deflation which now stalks it.

Beyond the arguments of economists, many other professions and disciplines can be summoned in aid of radical change. The spearhead prin­ciples today in science, biology and engineering all point towards self-assembly and self-regulation, and against central compression. From these new perspectives and insights flow the practical arguments for unravelling the existing accumulated acquis, for more competition, and for bringing social and economic policy much nearer the shop floor and the local office.

The British prime minister, David Cameron has warned that ‘the EU is an organization in peril’. But his voice is only one of many throughout Europe – for instance in German business, French politics, in the Netherlands, in Scandinavia and in the struggling Club Med member states – saying that the EU cannot go on its present form. Another attempt at unilateral British recapture of EU competences is therefore bound to be a dead end.

Instead, the broader argument has to be won, as it now can be, against the traditional EU integrationist model and in favour of a more decentralised, modernised EU structure. This reform strategy has to be built up and promoted (with allies) in a pro-European manner, as an attractive model for all those who genuinely want to see the EU survive and prosper in the now totally transformed international landscape.

*Lord Howell of Guildford served as Minister of State at the FCO (2010-2012) and is the author of Britain and the EU: The momentum for reform, in Politeia’s series on The UK and the EU: What principles should inform renegotiation?

David Howell was Member of Parliament for Guildford between 1966 and 1997 and was ennobled on his retirement from the House of Commons. He has held numerous position in government, including Secretary of State for Energy (1979-81), Secretary of State for Transport (1981-83) and Minister of State at the Foreign and Commonwealth Office (2010-12). For Politeia he was author of Britain and Europe: The momentum for European Reform (2014). 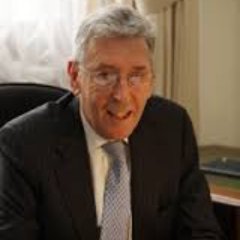 David Howell was Member of Parliament for Guildford between 1966 and 1997 and was ennobled on his retirement from the House of Commons. He has held numerous position in government, including Secretary of State for Energy (1979-81), Secretary of State for Transport (1981-83) and Minister of State at the Foreign and Commonwealth Office (2010-12). For Politeia he was author of Britain and Europe: The momentum for European Reform (2014).