‘Public Sector Pay – To Cap or Not to Cap? ‘, by Anthony Coombs 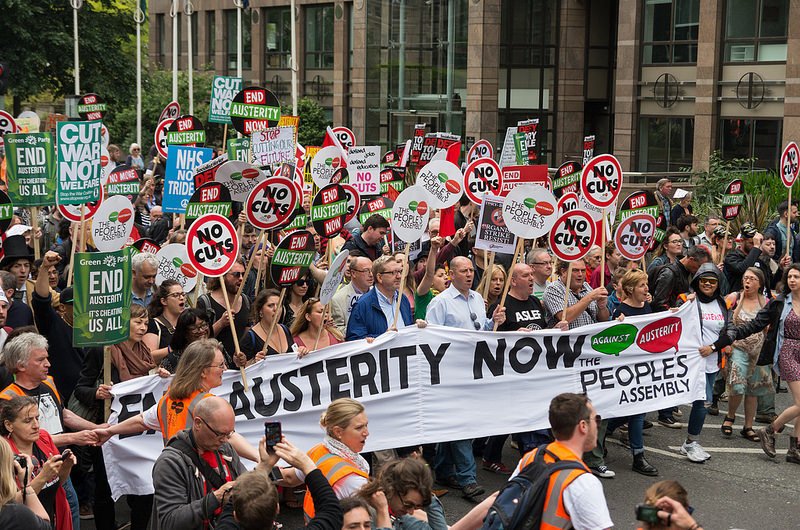 Friday 7th July: As the government resists pressure to bury the public sector pay cap, Anthony Coombs*, Chairman of  S&U plc  suggests there is more to the matter than the political battle between ‘blue’ and ‘red’  in a special featured piece

The Chancellor has now drawn a line under the battle over the public sector pay cap by announcing that the pay rise for the 2017/18 year would be kept within its 1 per cent limits for NHS workers and the armed forces. Lifting the cap would, he explained, lead to higher levels of debt for the next generation. It would mean tax rises or public spending cuts to foot the bill. The only way to ‘boost’ public spending over time is through economic growth.  A treasury official has confirmed that the financial constraints would continue in the run-up to Brexit. Raising public sector pay in line with inflation at 2.9% would cost about £6bn a year.

This is a serious battle about the UK economy, about the need to promote growth, not reverse the steady path to economic recovery since 2010 by tax or debt rises.

The Commons debate on a Labour motion to amend the Queen’s speech to lift the four year cap on public sector pay, gave a sad example of this important and pressing debate stifling British political tribalism.

In the blue corner, the new Government defending this cornerstone of austerity, designed to save up to £5 billion per annum by 2020 – but uneasily aware that the General Election had undermined its political, if not economic, imperative. In the red corner, Labour, traditional defenders of the State and its denizens, with a dash of nostalgia for Clause Four,  brazenly playing recent terrorist attacks and the tragedy at Grenfell Tower to condemn Tory austerity, service cuts and general grad-grindedness to the noble public sector worker.

Political discourse not only descended to what Lord Hailsham once called “a ritual dance, interspersed with cat calls”, but the crucial question of how properly to reward over five million workers responsible for the warp and weft of much of Britain’s essential infrastructure, went unanswered.

In the less fevered, but more economically rational, atmosphere of Britain’s private sector, questions of pay and reward cannot be set in a vacuum. Here the contribution of labour to output is generally measured by the value and pricing of that output in a competitive market, and cannot be ‘fixed’ by government as the failed attempt of the Heath and Wilson governments in the seventies showed: they  tried to impose incomes policies on the private sector which failed disastrously. However learned or well intentioned, government cannot replicate the market’s functions in assessing the value of labour’s contribution, its varying levels of productivity and the rewards that implied.

For public sector pay that problem is multiplied in spades. As the ONS and, more recently the Chartered Institute of Public Finance and Accountancy, rightly point out, the subjective nature of public sector work (education quality, health care for the aged, police protection of the public) make productivity very difficult to measure. Further, the monopolies “enjoyed” by State services like “our” NHS, and, more justifiably, by the police and the Armed Forces, mask the price signals which contribute to measures of productivity which should form the basis of pay rewards.

The unfortunate result for the country is that the public sector, which produces about one fifth of Gross National Product, isn’t exactly a bye word for efficiency. Without the spur of genuine competition, objective measures like absenteeism, and subjective ones like treating people like supplicants – not clients, and “doing things as soon as we can”, often condemn public sector workers in the public eye.

Such public cynicism about efficiency is confirmed by statistics which show, for instance, that NHS productivity, according to the Department of Health’s own figures, only increased by .8% pa on average between 1975 and 2013, well below that of the economy as a whole. Interestingly, in a more austere economic environment, it has improved since.

The unfortunate result for public workers themselves is that, although they can prove an ageing population is increasing the demand for their services whilst at the same time reducing the growth in the labour force, they struggle to convince Pay Review Boards (and their political masters) of the justice of higher rewards for the very high levels of dedication and expertise, many – although obviously not all – employees show.

An answer – and there is no silver bullet – is to combine the excellent work done by the Public Sector Efficiency Group led by Francis, now Lord, Maude as Cabinet Office Minister in the coalition government, with the kind of more fundamental public sector reform carried in New Zealand in the late eighties and nineties.

The first mainly concentrated on “technical efficiency”, designed in Maude’s words to make the public sector “more dynamic and competitive”. Using service redesign, markets, competition, new technology and better data, it seeks to ensure that what we do now is done better.

The second, not exclusively but more specifically is focused on “allocative” efficiency. That is, should the public sector be delivering services (irrespective of technical efficiency) in this way or even at all?  According to its architect, the then Kiwi Finance Minister Roger Douglas, for its ultimate success that required a “quantum leap” in thinking – not just iterative steps. As Edmund Burke said, simply “to innovate is not to reform”. It also demanded speed of execution, and the will and capability to explain to the public why it was necessary and the significant benefits that would be harvested from it.

Most of all, and particularly in Britain where public sector reform has been an ideological battleground populated by entrenched unions, the scars of privatisation and political point scoring, reform must engage public sector “workers” not just challenge them.

Not only are they sensible and well educated (57% have an Higher Education qualification compared to 36% in the private sector), but the vast majority want to work in an environment-  whether “state” or “private”, “devolved” or “national”- which maximises and values the service they provide. That is precisely the kind of environment which will, selectively but fairly, provide the rewards most of them richly deserve, and which will attract people like them to the high quality public services Britain so needs.

Sadly such a vision was also miles away from the political tub thumping during the Commons last week. Queen’s Speech debate.

Demands by the left or others for higher public sector pay need to take account of the dramatic change to the labour market, irrespective of whether it’s in the public or private sector. We already have evidence that there will there be savings to be had in ‘technical efficiency’ and that the implications of ‘allocative efficiency’ will bring huge rewards to our public sector and the tax payer.  The latest public sector pay cap debate suggests it is time for protagonists to learn from the evidence and focus, not on political point scoring but on the longer term priority for the whole economy.