Proroguing Parliament – Politics and the Courts 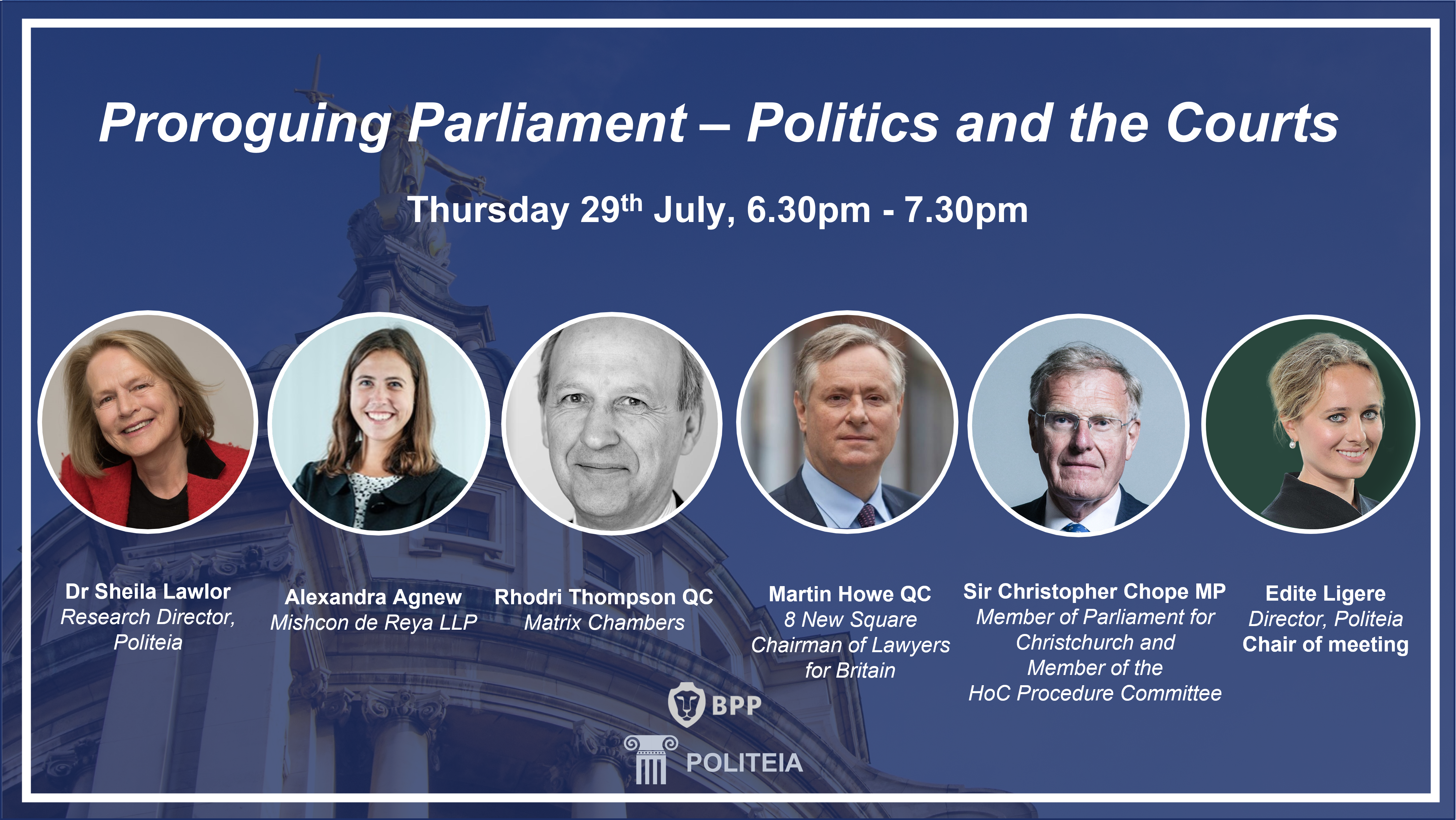 Shortly after Boris Johnson became prime minister in 2019, the Supreme Court intervened dramatically to rule, in September, against his exercising the prerogative power of proroguing parliament.

For many, the decision remains puzzling.

On Thursday, 29th July 2021 (6.30pm –7.30pm) Politeia’s legal series with BPP will consider the questions and implications of the judgement in its first in person event for over a year, Proroguing Parliament – Politics and the Courts.

The event will be chaired by Edite Ligere, Director of Politeia

Speakers will discuss the Courts’ decisions and their implications. In particular: