Preserving Justice for all

The proposals for tendering on the basis of price will be abandoned, as will the plan to cap the number of contracts for duty solicitors. However the level of cuts already announced, at 17.5 percent, will remain. Eligibility for civil legal aid will be limited for those who have not been in the UK for 12 months and legal aid for prisoners will be removed.

Will such changes now mean that the UK’s justice system will preserve the principles of a fair trial and justice for all who come before the courts?

Simon Reevell MP, himself a barrister by profession, considers that the principles behind the changes will preserve the framework of our justice system.

The Justice Secretary intends that the principle of ensuring that in the years to come there will be continued provision of lawyers for those who need them seems perfectly proper. The restructuring of the way the contracts of duty solicitors operate seems a sensible way to ensure such continuity.

It is important for smaller legal firms who operate in this sector to recognise that the organisations being awarded legal aid contracts need not be enormous. The policy is not designed simply to hand the work to the very large organisations, but to provide a guarantee of continuity that such work will continue. Indeed the proposals for a system of price-competitive tendering and for a cap on the number of contracts for duty solicitors have now been withdrawn. It seems sensible that groups of small businesses may therefore bid, provided they demonstrate a certain amount of depth in terms of business plan and available expertise.

The reduction of the legal aid budget has received a great deal of attention. In any reform of the system, the focus for legal aid should be on those people that are most deserving. Though invariably a matter of judgment, the lines drawn by Lord Chancellor were drawn in the right place, to limit access to civil legal aid for those that have been resident in the country for less than 12 months, and limit criminal legal aid for prisoners (see www.bbc.co.uk/news/uk-23967908). These changes seem to allow for the reasonable restructuring of legal aid so the UK can properly fund UK citizens who are most deserving.

It is also important to remember that the reductions proposed to fees amount to the same kind of changes that those employed in the private sector are now being asked to accept. It is reasonable to say to lawyers who are mainly or exclusively publicly funded that their fees ought to be approached in the same manner as all public sector arrangements. The system can still provide adequate remuneration for those who do their job well and are prepared to work flexibly.

Finally, I would like to add that in working with the two branches of the legal profession with this compromise, the Lord Chancellor has practiced not only sensible but good politics. He should be commended for listening to the sensible criticisms of the original proposals, while ignoring some of the wilder criticisms.

*Simon Reevell MP is author of ‘Courts Not Cautions’ in Politeia’s Freedom, Responsibility and the State.

Simon Reevell was the Member of Parliament for Dewbury between 2010 and 2015. He is a barrister who specialises in Military Law and also advises the All-Party Parliamentary Group on Fair Business Banking. For Politeia he was co-author of Magistrates Work! Restoring Local Justice (2014) and Freedom, Responsibility and the State: Curbing Over-Mighty Government (2012). 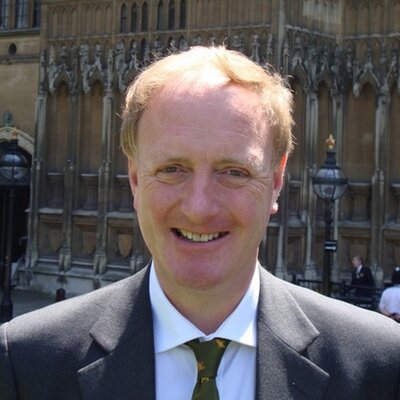 Simon Reevell was the Member of Parliament for Dewbury between 2010 and 2015. He is a barrister who specialises in Military Law and also advises the All-Party Parliamentary Group on Fair Business Banking. For Politeia he was co-author of Magistrates Work! Restoring Local Justice (2014) and Freedom, Responsibility and the State: Curbing Over-Mighty Government (2012).