I read your recent speech to the CBI’s annual dinner with bemusement. Putting aside the CBI’s appalling track record on key policy matters (support for the UK membership of the euro, for example) or the fact that business is divided on the pros and cons of full EU membership (note Lord Bamford’s intervention), your assessment of the UK, the EU and the global economy is, quite simply, more than a generation out of date.

It is a truism to say the global economy is changing fundamentally. But, crucially, the EU’s share is in secular decline. In 1980 the EU28’s share of world GDP was over 30 per cent of world GDP (Purchasing Power Parity terms), which had fallen to 24 per cent by 2000 and was just over 17 per cent in 2014. Its decline can only continue, reflecting mature markets and adverse demographics in key EU economies. Growth markets, so crucial for internationally focussed British firms, will overwhelmingly be located outside the EU.

Reflecting this key parameter, the share of British exports (goods and services) is also in secular decline. It was over 52 per cent in 2003. Within a decade (2013) the share had fallen to under 45 per cent.

So your statement that we have a choice ‘…between shaping the future or retreating into the past’, implying the EU is the future, is redolent of the 1970s, 40 years ago. The EU may have been the ‘future once’ but it is clearly not the future now.

The UK needs a new, looser relationship with the EU, which gives the UK freedom and opportunity to fully benefit from the changing global economy. The UK needs to be better positioned to maximise growth potential and prosperity. Specifically:

The Prime Minister has, of course, recognized that the UK-EU relationship needs reform and will be renegotiating terms before the in-out referendum. I support these negotiations. Let us see what can be achieved. But if the negotiations do not deliver any significant changes, we have nothing to fear from leaving and much to gain.

You said that ‘…no-one has yet set out a credible alternative future to EU membership…the current alternatives are not realistic options’. I beg to differ. For a start, if ‘Brexit’, it is clear that the UK-EU default relationship would be under the WTO rules, by which many countries, including China, very successfully conduct much of their trade. So there is absolutely no reason to believe Britain would be ‘isolated’ in the global trading system.

Of course, Britain would have to continue to comply with EU product regulations in our trade with the EU, much as the USA has to now when it trades with the EU. But, as many of these regulations are harmonised internationally, this should not be seen as a major problem. And, if ‘Brexit’, we would have the bonus of being able to determine own social and employment regulations, as the USA does now.

The WTO relationship would, however, not be the end of the matter if Brexit. The UK and the EU would surely negotiate a mutually beneficial trade agreement. The UK’s market is too important to continental Europe’s exporters to be allowed to languish. In 2014 Britain had a visible trade deficit with the EU of £77bn, of which over £30bn was with Germany. The UK would also surely consider rejoining EFTA, with its extensive list of bilateral trade deals.

This ‘alternative future’ does not just strike me as ‘credible’, it strikes me as wholly appropriate for the 21stcentury. We could amend/repeal EU-driven business regulations, we could negotiate our own trade deals and we could develop a non-discriminatory immigration policy. And we could trade freely.

Finally, I have a question. You clearly support a ‘reformed’ EU. Some of us have done for many years. But, if there is no reform, would you still be in favour of Britain’s membership of the EU? 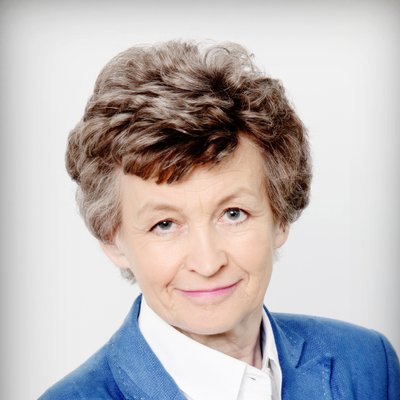