Non, Non, Non, M. Barnier! The EU Poses the Risk to the Financial System, not the UK 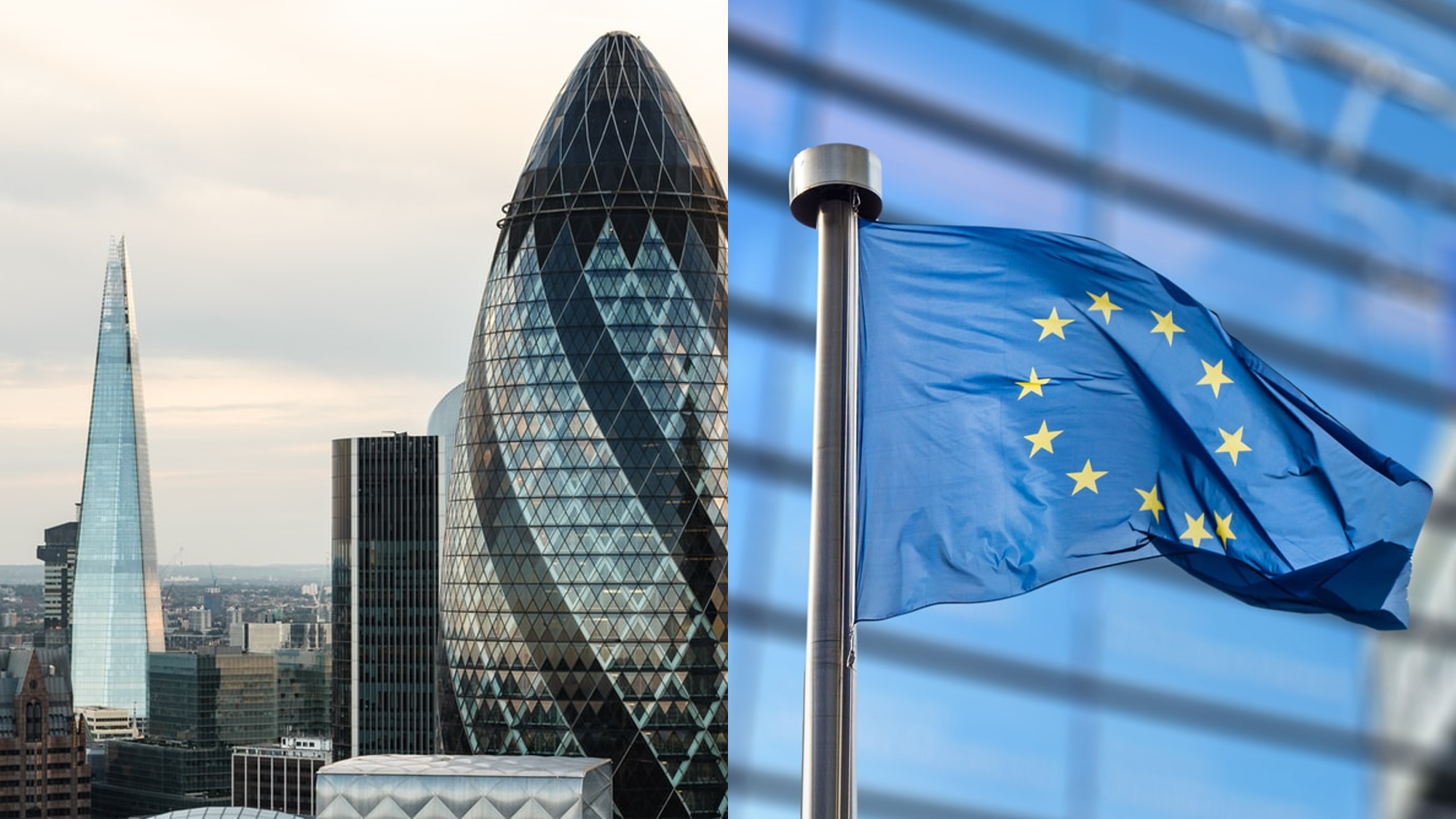 This week Michel Barnier, the EU’s negotiator in UK-EU trade talks, made a rousing speech to a financial audience at Eurofi. His positioning was predictable. The purpose was to talk down the UK’s proposals for UK-EU financial services trade, based on Enhanced Equivalence, that would allow each party to trade under its own laws (A Template for Enhanced Equivalence; UK and EU Financial Services: The Legal Framework for Free Trade after Brexit). Instead, he framed an alternative EU plan that would give the EU the upper hand (as he sees it at least). He wants a regulatory architecture that only allows UK firms to sell into the EU under arrangements based on the existing EU equivalence regimes. These, he insists, would be controlled by the EU. He justifies this demand for EU dominance by claiming he must guard against potential risk from the UK once outside the bloc. M. Barnier appears true to form and the reality is that the EU wants leverage to extract concessions to hold the UK captive in the future by deciding the shape of the UK’s rulebook. But conceding to Barnier’s demand would condemn British firms to uncertainty unless future UK governments have exceptional political will, because the EU’s version of equivalence could be withdrawn at a month’s notice. Its very unreliability would be used as a weapon.

The UK team must therefore hold its nerve. Barnier’s sabre rattling and allegations of potential risk are groundless. They also put the EU out of step with international standards – the international standard-setting body, IOSCO, recently warned that such an approach falls short of good practice in equivalence-type processes (IOSCO, Good Practices for Deference, FR/06/2020, June 2020). The UK must stand up to the demands and say no.

Standing up to the EU. First, our team should remember that the EU has been making demands of this country far greater than those enshrined in its other trade deals. And so, when M Barnier indicates a refusal to fill in the gaps in the existing equivalence regimes to cover topics such as commercial banking (which includes lending and the writing of guarantees) and primary insurance, he appears to forget that the EU has made far bigger demands on the UK. He does the same when he claims the UK is asking for more than is contained in the EU’s other financial services arrangements with Canada, Japan and elsewhere. In fact, the EU’s demands on fisheries, the so-called level playing field and on other matters go far further than it has ever previously achieved with other states. They would also impinge on the UK’s ability properly to apply its democratic constitution: lawmaking and judicial oversight are for the nation state, and are non-delegable.

Second and more important though, they should realise that it is not the UK’s proposals which pose risk to the EU, as Barnier suggests, but that it is the EU’s legal arrangements that pose a danger to the world’s financial ecosystem. Only the UK can guard against the resulting risk of contagion – and potentially massive investor losses – for the world’s financial markets, given that we are host to those markets and need not only to protect the UK’s financial system but the world system as a whole.

Third, our team should see that on this demand, as with others they have spotted, the problem for Michel Barnier is one of politics not trade. Enhanced Equivalence, if properly adopted, is sensible and necessary to protect the half-built Eurozone. But for Barnier, the difficulty is that under Enhanced Equivalence, the UK would not be ‘punished’ or appear to suffer. UK-based financial firms would continue to benefit from many of the ‘passporting’ arrangements under the single market, but based on the UK’s own rules. That does not accord with the wish of some in the EU to demonstrate damage to the UK from Brexit.

A matter of duty as much as trade. There are however reasons far stronger than politics for the UK to stand up to Barnier and insist on its own laws and for any future EU trade to be under Enhanced Equivalence. The UK has a duty to the global markets served by the City and the UK’s financial sector to protect them from exposure to EU risk, which can only be done by trading under UK law. For the evidence is that the unresolved flaws in the Eurozone’s legal architecture make such an arrangement necessary to enable the UK to continue protecting itself and the rest of the world from the extraordinary risks created by the Eurozone’s legal structure, embedded in EU law itself.

The problem is that the EU is running a currency zone at the expense of the UK and the rest of the world, by allowing its banking system to be undercapitalised and not to hedge the risks of default arising from the Eurozone member state debt that its system is exposed to. The fundamental flaw, which is then ignored by rules riddled throughout the EU’s acquis, is that Eurozone member states are no longer sovereign in the context of the international regulatory standards (set out in the Basel Rules). This means that EU law overlooks the phenomenal risk to the world’s financial system, and its savers and investors, arising from Eurozone sub-sovereign member state debt. The risk is dissipated into the world’s financial markets through the dealings of EU financial institutions and through the subsidiaries of global institutions established in the EU.

As matters stand today, the UK currently mitigates this risk for itself and the rest of the world by imposing top-up capital requirements on businesses in the UK, where the EU meets the global markets. The UK can continue to provide this service for the world under the above Enhanced Equivalence arrangements, and trading under its own laws.

A Quid pro Quo. The UK should seek an arrangement which permits UK-based financial firms to continue providing services cross-border to EU customers by:

Why will the EU ultimately accept this? The answer is that, if the EU refuses, then it would be logical and fair to point out that the UK (and US, as the other host of the global markets) would need to impose considerable restrictions on financial firms interacting with the EU’s financial system, to protect themselves, which would cause significant damage to the EU (Details are set out in my co-authored Politeia publication with R Lyddon an D Blake, Managing Euro Risk: Saving Investors from Systemic Risk).

An alternative trade and risk management strategy. The UK should not be trapped into accepting EU management or EU law through the back door of financial services. It has the strength, regulatory know-how and proven experience.

Without Enhanced Equivalence, global headquartered institutions (generally in the UK or US) will be lending to and dealing with EU customers through EU-established and regulated subsidiaries. We know that if those subsidiaries aren’t properly capitalised, collateralised or liquid, we would have to impose full freight charges at group level to compensate. That would happen on the basis of ‘worst case’ assumptions over the state of the Eurozone, since we cannot rely on the conflicted local regulation of the EU’s supervisors – who we know don’t apply rules which counteract the Eurozone risk they create. In addition, if we don’t have forward-looking equivalence, applying to such topics as CMU, we will again have to assume the worst case on EU-based capital markets exposures acquired by subsidiaries of global financial institutions there. This would be very expensive for EU businesses and consumers. Furthermore, in such circumstances, the UK would also need to accelerate the removal of EU-inherited red tape and ensure its tax and regulatory regime is match fit immediately, to ensure it is in a position straight away to protect the world’s financial markets on a new basis from the seepage of unmanaged Eurozone risk (which the EU would in this eventuality appear insistent on trying to export).

Indeed, the Eurozone is the weakest spot in the EU’s position. The same Eurozone structures that dump financial risk on the rest of the world also create unfair trade dumping and subsidisation, which the UK has suffered the effects of whilst within the EU, but which after Brexit it also needs to protect itself from, using the legitimate self-help remedies provided for under the WTO system (discussed by D. Collins in How to Level the EU’s Playing Field – Trade Remedies for a Trade Deal ). If the UK were to do this properly, even without the US, it would neuter the extraordinary export successes of the northern Eurozone, forcing an adjustment of the performance of the Eurozone’s constituent nation states to the realities of their actual trading performance. This is a result that would only be fair. Until the northern Eurozone pays for the south and east, it can hardly seek to benefit so handsomely from the lopsided currency arrangements currently in place – in breach of the WTO rules.

What we saw at Eurofi on Tuesday was another attempt by the EU to play politics rather than negotiate a trade deal. The problem with M Barnier’s speech is not the posturing on the EU’s preferred deal, or how the UK hosting of financial firms might damage the EU economy. At issue is its implicit denial of the improper arrangements underpinning the Eurozone, and of the unfair advantages the EU has accrued through the Eurozone’s complex mechanics which already fall foul of international dumping and subsidy rules and disadvantage the UK, the US and the rest of the world. The misdirection is startling. M Barnier said that ‘the EU must ensure that important risks to [the EU’s] financial stability are managed within the framework of [the EU’s] Single Market ecosystem of legislation, supervision and jurisdiction’. Yet it is demonstrably clear that, far from managing risks to the EU’s financial stability, it is EU law that creates (and exports) those risks – to a degree unprecedented in any other economy.