No Home to Go To: France’s New Politics – Ballot box or streets? 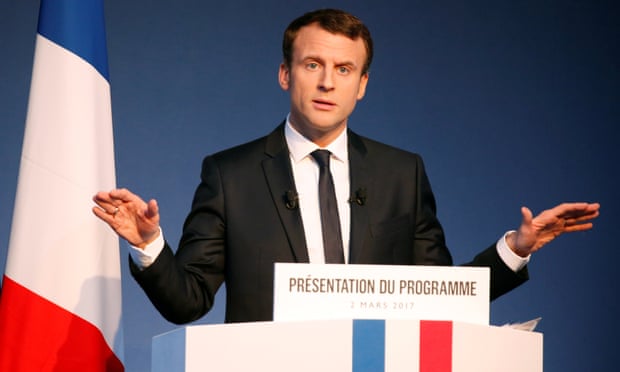 June’s regional elections sent a strong message, despite the low turnout. French voters, says Professor John Keiger, reject the menu on offer: the politics of elites, globalisation and the EU. What does this mean for next year’s presidential vote?

The French regional elections of 20 and 27 June changed nothing of France’s regional complexion, but revealed much for the 2022 presidential race. The same regional presidents were re-elected to France’s 12 metropolitan regions: 7 for the right, 5 for the left. This was a triumph for the traditional parties who have been fighting for their survival since 2017, when Macron’s LREM party burst onto the scene from nowhere. 2021’s revenge was all the more sweet for the old guard giving a serious beating not only to Macron’s camp – scoring a humiliating 7 per cent of the vote – but also to Marine Le Pen’s Rassemblement National, that had hoped to gain up to 3 regions, got none and came third nationally.

But this apparent stability in regional France’s electoral map belies a sea change in voter behaviour. First, two out of three voters abstained in both rounds, a sign they did so with intent. The reason may be a lack of affinity for the 2015 reformed regions, seen as too big and remote, even though the campaign was anchored in national issues around insecurity and identity politics. But more importantly and worryingly, voters rejected what was on the political menu. A recent opinion poll indicated that the popular vote was now indifferent to what was politically on offer. Abstainers saw no solution to their problems from all shades of left and right, or Macron’s “new world”, believing them all to be powerless in the face of elites, globalisation and the EU. Meanwhile 27 per cent of abstainers said, rather chillingly, that they would express their discontent with the political class as a whole in other ways.[1]

When voters have no home to go to – especially in France – they take to the streets, as with the gilets jaunes movement and the myriad daily aggressions committed against representatives of the French state from police, fire and ambulance crews to local mayors and public officials. It is precisely fear of social unrest that led a swathe of – albeit retired – French generals and senior officers to warn in a recent open letter to the political class as a whole that insurgency would result from their “laxity” and failure to defend traditional Republican values cherished by French citizens.[2] Their warning was not of a coup d’etat – as the national and international media wrongly concluded – but of “civil war” requiring the political class to call in the army to restore order, with their comrades in arms paying the price. Hyperbole perhaps. But even Emmanuel Macron, who has been receiving French security service warnings of social unrest when all lockdown restrictions end[3], described the widespread voter abstention as ‘a democratic warning’.[4]

Less spectacular – but equally alarming – is the suggestion that those who turned out were the property owning elite worried about tax rises, while the young, the poor and women abstained: regression by stealth to a nineteenth century-like property qualification ballot.[5] Though of a different electoral sociology, the phenomenon recalls the British divide between the winners and losers from globalisation that eventually found an outlet in Brexit. France’s ‘forgotten’ majority may become even more frustrated if presidential candidates do not address issues such as restoring national sovereignty, refusing creeping EU integration, immigration, identity politics, insecurity and, for want of a better word, ‘levelling up’.

The political menu cannot merely consist of dishes catering only to the metropolitan elite. Hence the rejection of Macron and his policies, but also of Marine Le Pen, whose ‘detoxification’ of RN, in order to appeal to the traditional middle class right, has removed from the political menu policies that appealed to France’s ‘left behinds’. Just to take one: the RN no longer has Frexit as a policy and is becoming less caustic on the EU than prior to the 2017 presidentials in order to attract traditional conservative voters. It has done so at precisely the time when, according to a European Council on Foreign Relations poll of EU member states’ citizens, 62 per cent of French respondents say the EU project is “broken”, the highest of any state; RN has left its voters orphaned at the very moment that its citizens no longer think EU membership is “a good thing” for their country, the only member state to think so.[6]

So how will this translate to the 2022 elections? First a caveat. As with other states, it is dangerous to extrapolate from the local to national elections. French presidentials are – to apply the oxymoron of Le Monde’s recent editorial – ‘the 5th Republic’s queen of elections’, normally with high turnout.[7] So does the regional vote suggest a return to France’s traditional parties of left and right? In short no. Both left and right may dream of getting back in the game, but their vote share was down, their programmes are unclear and, above all, they have no obvious natural leaders to stand in the presidentials. The main conservative winners were Xavier Bertrand in the north (Hauts-de-France), Valérie Pécresse in the Paris region (Ile-de-France) and Laurent Wauquiez in the centre (Auvergne-Rhône-Alpes). But the first two are no longer members of the old Gaullist party, LR, and the third is a failed former LR leader who is highly unlikely to win the presidential nomination. The left is similarly divided on policies and personalities, with only the socialist Mayor of Paris having any profile, but not of the kind to appeal to provincial voters.

So what will happen in 2022? Runners in the race remain as yet largely unknown, so all is speculation. But barring surprises, candidates are likely to be much of a muchness. That suits Macron and Le Pen. In all likelihood they will just make it into the second round again. But this time Macron will win by only a slender majority as the traditional ‘Republican’ reluctance to vote for the far right will have diminished and his 2017 unblemished record will be no longer. Abstentions will be high and the mood in the country will be brittle. President Macron will have even more difficulty getting through his reform agenda. But most worrying of all, given widespread voter disenchantment – not to say anger – France could be teetering on the brink of severe social unrest.