No Deal – The Best Deal, and at a Good Price 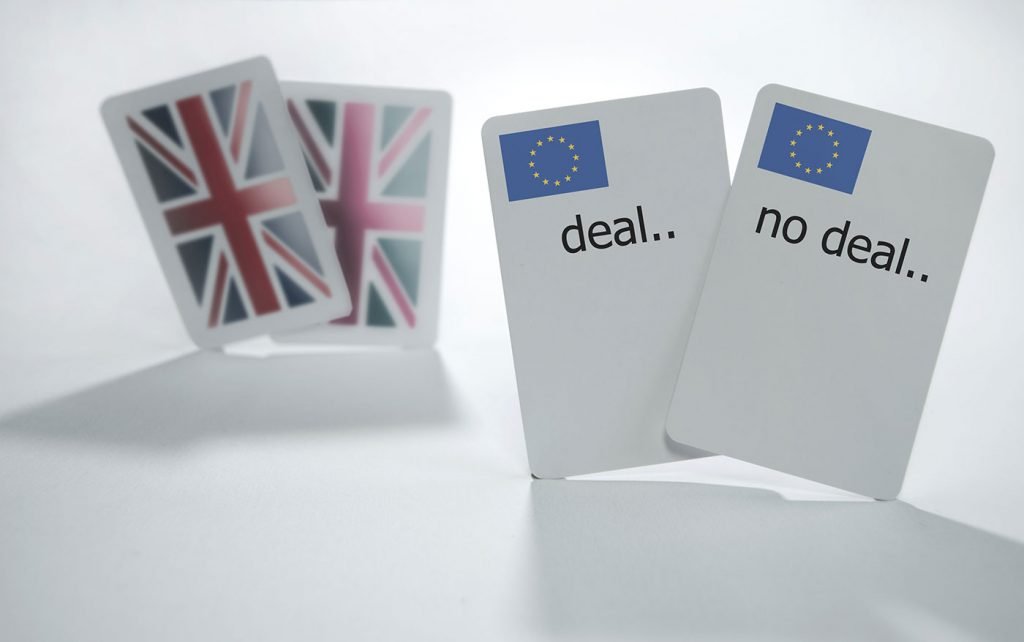 The EU negotiation – like any meaningful one – will be a journey with highs and lows.  But, as my question this week at PMQs underlined, no serious negotiation would allow one party to dictate the financial terms before the wider terms were known. Now after months of stonewalling on trade talks, it must be hoped that economic and political sense prevails in Brussels and that the leaders of the EU 27 clip the wings of the more ideologically-driven Commission. Here there has been progress as EU countries opted last month to start the scoping works on an agreement amongst themselves regarding a free trade deal. This came on the heels of announcements by the German and Swedish governments that they are conducting their own internal assessments for a UK-EU trade agreement.  Whilst wishing for a mutually-beneficial trade deal, Britain should, as part of this negotiation, prepare to trade on the basis of World Trade Organisation (WTO) rules.

There is some evidence of the elected national leaders injecting a certain amount of realism into the process of Brexit. Unlike the unelected ideologues in the Commission – still in rude health and spirit, as Jean-Claude Juncker’s recent ‘State of the Union’ speech revealed – the national leaders know they will be held accountable at the ballot box if EU-UK trade is badly affected, and are no doubt mindful of our large trade deficit with the EU as well as the limitations of the EU’s current negotiating parameters. With a fair wind, it seems likely that the decision to begin formal trade discussions will be taken at the December summit.

We should not accept any deal at any price offered by the EU – which seems to be the position of Labour’s leadership, one naïve in the extreme to anyone who has ever conducted a negotiation. As the Prime Minister rightly insists, no deal is better than a bad deal, and it is good news that the Government is doing the necessary preparatory work for a ‘no deal’ scenario. This is sensible contingency planning – Britain should never again be left in the same position as immediately after the EU referendum, when the Cameron administration’s refusal to permit any planning for a ‘leave’ win left the Government temporarily paralysed.

This week has seen the opening days of the EU Withdrawal Bill’s Committee stage, during which the Government managed to stave off all amendments. Contrary to what some MPs were saying in the Commons, ‘crashing out’ into a ‘no deal’ scenario would be far from a disaster. We already trade with many countries outside the EU, including China, the US and India, on the basis of WTO rules, as the EU has no trade deals with these countries. Falling back on well-understood WTO measures would prevent punitive tariffs, and many countries use these measures to trade easily and profitably with the EU. There is no good reason why a Britain outside the EU should be any different, and if we had to rest on WTO measures for a period until the ‘right’ deal was agreed this would be no bad thing.

We should remain sceptical of those who counsel disaster and despair if we leave with no deal. These grim warnings invariably stem from those who forecast a deep recession and mass unemployment even if we voted to leave the EU. Big US banks, with their large lobbying teams in Brussels, are firmly in this camp, despite their own woeful record at foreseeing the financial crisis. Moreover, similar forecasts that London would become a financial backwater were made when we did not join the Euro.

If anything, the ‘exodus of the bankers’ foretold by the ‘remain’ campaign is the dog that didn’t bark. JP Morgan famously announced that 4,000 of its workers would be relocated if we voted leave, but has since cut that to 1,000. UBS, which threatened to move 1,000 jobs out of London, has revised this to around 250. While the Chief Executive of Goldman Sachs might tweet about spending more time in Frankfurt, his firm is still building its European headquarters in the City. Other firms have pointed out that setting up a ‘brass plaque’ office in an EU country need be no more complicated than establishing holding companies in jurisdictions such as the US.

Ultimately, investment is determined by relative advantage. Our world-class universities continue to produce cutting-edge research and development, with a culture supportive of advances in medicine and other such sensitive areas. British labour laws are fair but flexible, whereas on the Continent it can be almost impossible to lay off staff when circumstances change – something highly valued by US firms in particular. UK Corporation Tax remains low, and is falling, with rates in some EU countries far higher. All in all, firms are unlikely to move from low-tax into high-tax jurisdictions, especially when associated relocation costs are also considered.

There are also other considerations. We remain a stable and united country, with a highly regarded legal system and predictable, impartial and fair law courts. We score highly on quality of life metrics, and London is truly one of the world’s greatest cities. It was no surprise that, ‘despite Brexit’, the UK was recently voted the most attractive European country for employees and staff. Indeed, 75% of workers at the European Medicines Agency have apparently opted to stay in London when their agency leaves, leaving it struggling to recruit highly-specialised staff. It is therefore not difficult to understand why firms continue to base themselves in the UK, and London in particular.

We should not be blind to the advantages of a ‘no deal’ scenario. Leaving the Customs Union will allow us to drop the protectionist tariffs that lock out produce from the developing world, helping suppliers in these countries whilst also potentially lowering prices in our supermarkets. In addition, moving away from the era of unlimited EU migration, as Lord Rose admitted during the referendum campaign, could boost workers’ wages – another reason why big firms are keen to maintain the status quo.

Furthermore, a survey by the Office for National Statistics showed that only 5% of companies in Britain actually trade with the EU – yet all firms must apply onerous EU regulations, with all the costs these entails. This is straightforward for large firms, which can afford to maintain large compliance divisions, but SMEs, which represent about 99% of businesses, often have to pay for costly expert advice to identify whether they are bound by UK or EU regulations. According to the Federal of Small Businesses, over a quarter of SMEs cite regulations and enforcement as a barrier to their success. This can all be changed after we regain full control of our laws – which includes ensuring they are overseen by our courts.

Britain faces a very bright future once we leave the constraints of the EU, in part because the EU remains the economic laggard of the global economy. The Prime Minister and the Government need to continue to press on with Brexit, and not to listen to the siren voices which also were so wrong about ‘Project Fear’ in the lead-up to the EU referendum. A ‘no deal’ scenario resulting in the application of WTO rules holds no terrors, and active consideration of this outcome might even focus minds in the EU as to the upsides of negotiating a good trade deal.

John Baron has been a Conservative Member of Parliament since 2001, representing Basildon and Billericay since 2010 (having represented Billericay between 2001 and 2010). He served as a shadow health spokesman and whip in opposition and was a member of the House of Commons Foreign Affairs Committee between 2010 and 2017. Prior to entering politics, he was a Captain in the Royal Regiment of Fusiliers and then a merchant banker. He was co-author for Politeia and New Direction of The UK and the EU: Security, Justice and Defence After Brexit (2019).

John Baron has been a Conservative Member of Parliament since 2001, representing Basildon and Billericay since 2010 (having represented Billericay between 2001 and 2010). He served as a shadow health spokesman and whip in opposition and was a member of the House of Commons Foreign Affairs Committee between 2010 and 2017. Prior to entering politics, he was a Captain in the Royal Regiment of Fusiliers and then a merchant banker. He was co-author for Politeia and New Direction of The UK and the EU: Security, Justice and Defence After Brexit (2019).