NHS: Too Big to Scale – Bigger is Not Better 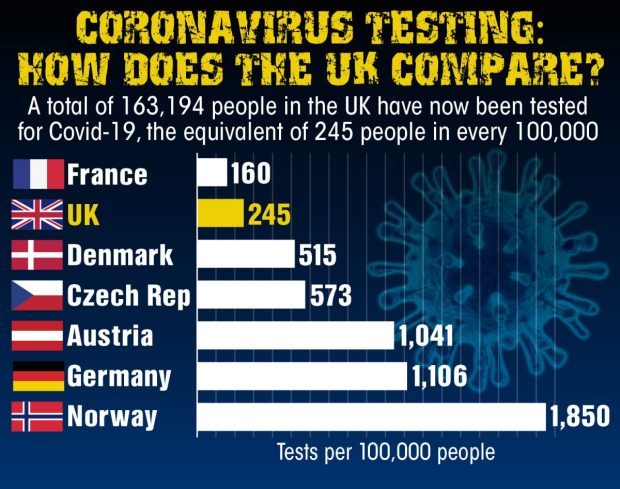 The COVID-19 pandemic has thrown renewed light on basic practical challenges associated with the sheer size of the NHS. Throughout the health and care system people are working harder than ever, and in the most demanding circumstances, to plan and deliver care. This seems true from top to bottom. The system itself appears to be letting them down. The NHS is showing the classic symptoms typical of any large, complex endeavour wholly reliant upon central planning and unused to rapid change.
It has been remarkable, however, to witness the degree to which some reforms to the delivery of care, which have been discussed for decades, have been delivered in weeks. The rapid and forced adoption of telemedicine is the most obvious example. Individual clinicians were free to take decisions to change their practice, and they did so. The same rate of change has not been possible in the purchase of basic products to meet health and social care needs, reliant upon centralised processes. In normal times the scale of the monopsony NHS can generate considerable downward pressure on prices. In a crisis this expertise in cost control is no longer the primary capability required. This is exactly the same problem seen in times of war, when the Ministry of Defence faces the sudden need to fully provide for equipment needs at scale and speed. The sheer scale of the challenge is the problem. In war such a centralised approach is probably unavoidable and globally common. In healthcare this is clearly not the case. Operating as a centralised monopoly is a public policy choice.At the daily COVID-19 government media briefings it is incredible (but also very worrying) to learn of the scale at which the Secretary of State for Health and Social care is attempting to operate in the midst of a pandemic, producing new central plans for each and every problem.

On Easter Sunday the minister announced that his plan had delivered 121,000 protective gowns for care staff within a two-day period (for 3 million health and care personnel), and that the delay in responding to queries on protective equipment has been cut to less than three days. He had already set himself the challenging target of delivering 100,000 COVID-19 tests per day by the end of April, with a total of around 300,000 diagnostic tests done by mid-April. By this time, Germany had already conducted 1.7 million tests across some 170 laboratories. Some commentators are already highlighting the devolved, federal health system as a potentially important factor in the German capability to scale up testing so rapidly.

Once this crisis is behind us there will be much considered analysis of the comparison between the capabilities of the German health system and those of the NHS. At present it is far too early to judge success or failure, but the capacity of German healthcare to deliver widespread coronavirus testing at speed and scale will be an important focus for future analysis.

In 2004 George Baum from the German Ministry of Health and Social Security, gave his observations on the country’s post-reunification health system, in a pamphlet (Systems for Success: Models for Healthcare Reform) for Politeia. Baum noted that the system is based on a philosophy that marries social solidarity with competition:

‘The German approach has always been based on a firm belief that people’s needs are better met in a system where competition exists and where private suppliers work for patients who are also their customers. Indeed competition is at the very heart of the philosophy which underpins the delivery of healthcare in Germany. Why? Because it both guarantees people’s dignity and promotes technical innovation.’

The NHS is now moving in the opposite direction, as integration displaces the remnants of the so-called “internal market” of the past 30 years. As with previous reversions to command-and-control, this seems to be driven more by an ambition for cost control than any vision for future care and systemic reform. The best indicator of a system that is gripped by short-termism is that resources remain focused on hospital care instead of preventing expensive hospitalisation. For all the fine talk and multiple reports over many years, very little has changed. The NHS remains a treatment service, not a health service. The inability to respond to the population health needs of a viral pandemic, but the extraordinary capacity to scale up hospitalisation, provides a stark reminder of this perennial problem for the NHS.

Analysis of the UK response to the COVID-19 pandemic has focused on ministerial decisions and the science behind them. As yet, no-one can forecast how this will play out for any country given the level of scientific uncertainty, so this tactical analysis is inevitably inconclusive. After the herculean efforts to tackle this coronavirus pandemic critical analysis must turn to the systemic issues that ministers have faced regardless of their tactical decisions.