The French concept of laïcité is not a value in itself. It is a philosophical and legal principle aimed at sustaining the founding values of the French State – liberty, equality, fraternity – mentioned in the preamble of the Constitution. Its Article 1 then states that France is a secular republic (‘La France est une République indivisible, laïque, démocratique et sociale’). Laïcité is meant as a mechanism, an organising principle, not a value. I thus firmly believe that current initiatives aimed at editing the Constitution in order to add laïcité to the famous triangle are ill-judged.

These initiatives reflect a change that started 20 years ago: in a shifting social context – that of the Muslim community’s increased visibility and reported instances of radicalisation – the state has defined laïcité as emphasising national identity rather than neutrality. Laïcité is now often cited as a value under threat that requires a more combative approach to its implementation.

Some in Britain – and many more in the United States, sometimes in a very aggressive and misinformed way (one need only look at a recent front page of the New York Times) – suggest that laïcité has suddenly turned illiberal and embodies a preference for non-religion.

I would like to say three things in that regard.

Firstly, these criticisms are matched by misunderstandings on our side too, as you may well know! Talking down the splitting of British society into communities is a very well-established sport in France. And we often believe that Britain has tended to shy away from very pressing problems: the multiculturalism that was intended to create more diverse communities did not genuinely lead to a greater intermixture; self-segregation exists in the UK but is often accepted as cultural tolerance; Ofsted reports shed light on major misuses of home schooling and on the existence of clandestine extremist schools. We struggle to understand how passive tolerance is not seen as radically out of place on issues such as sharia courts and forced marriages, or how the NHS is faced with specific demands regarding medical staff or medical treatment such as hymen reconstruction surgery. How can progressive Muslim voices not help feeling abandoned in such conditions? The Casey Review of 5th December 2016 may confirm some of these impressions.

Secondly, even though some criticisms of aggressive French secularism are obviously not misplaced, I do not believe they are right to focus on our rules on the Islamic veil. As you know, France has chosen to ban the wearing of conspicuous religious symbols in state schools. When the first Islamic headscarves appeared in schools 25 years ago, judges tried to find a balanced solution and only ban excesses. But the amount of tension and number of incidents increased, leading to the act of 2004.

This act remains very popular. At the beginning of the 20th century, the philosopher Alain wrote: ‘School is an admirable place where noise from outside does not penetrate at all. I love those bare walls.’ It seems this is still our national preference.

As for the act of 2010, which banned the covering of the face in public spaces, it does not result from a principled approach to laïcité. It reflects two fundamental concerns:

France’s position – which has been upheld by the European Court of Human Rights – is thus linked to its commitment to a balanced gender mix, to what we could call ‘the happy visibility of the feminine’. Such values go back a long way and are part of our literature and history. This regulation concerning gender harmony may not be exportable worldwide, but it is one of the hallmarks of our civilisation.

Claire Legras is Director of Legal Affairs at the French Ministry of Armed Forces (Ministère des Armées). She is a former Justice in the French Administrative Supreme Court (Conseil d’Etat) and was advisor to two French Prime Ministers, Jean-Pierre Raffarin and Dominique de Villepin. She was co-author for Politeia of The State, National Identity and Schools (with New Direction, 2017). 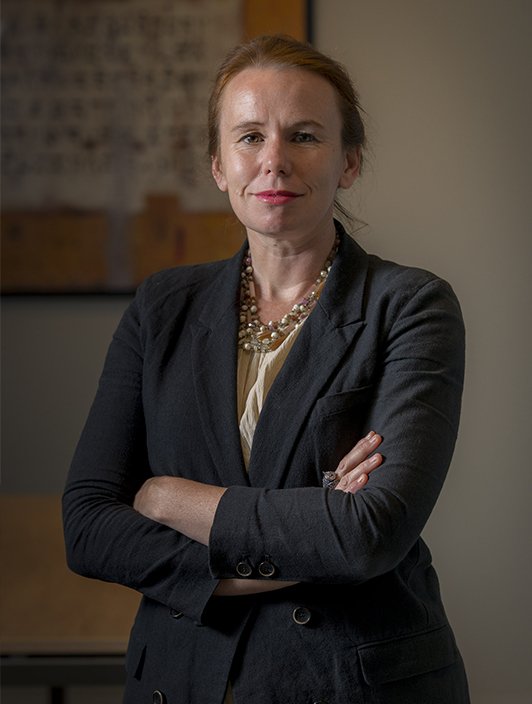 Claire Legras is Director of Legal Affairs at the French Ministry of Armed Forces (Ministère des Armées). She is a former Justice in the French Administrative Supreme Court (Conseil d’Etat) and was advisor to two French Prime Ministers, Jean-Pierre Raffarin and Dominique de Villepin. She was co-author for Politeia of The State, National Identity and Schools (with New Direction, 2017).