Moving Target: Trans-Pacific Trade, China, the US and the UK 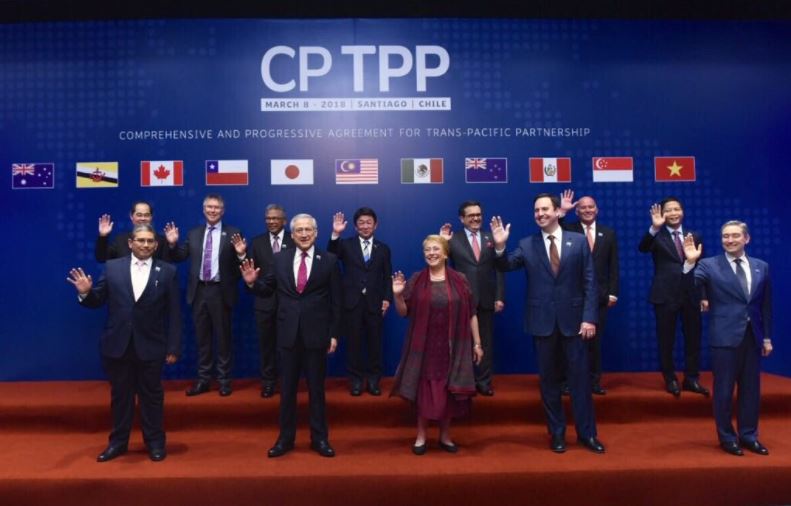 As China’s application to join the Trans-Pacific Trade pact (CPTPP) follows the UK’s, many have noted the timing: the bid comes hot on the heels of the AUKUS nuclear pact directed against China’s Pacific actions. Here international economic lawyer, David Collins, explains the dynamics of global trade pacts and potential loss and gains.

China has now announced it too intends to seek membership of the 11-nation trade pact, the CPTPP (Comprehensive Progressive Trans-Pacific Partnership), to which the UK also applied to join after leaving the EU as part of its Global Britain strategy. The fast-growing Asia-Pacific region promises to eclipse the economic activity of the rest of Europe, if not the world, well into the latter part of the 21st Century. More than that, the CPTPP is poised to establish itself as a near-global regime for trade governance in tandem, or perhaps in competition with the 164 nation World Trade Organization (WTO). Not only does the CPTPP cover matters such as tariff and non-tariff barriers on goods, market access for services, intellectual property and subsidies like the WTO. It also has rules on digital trade and investment which the near 30-year-old WTO, with all of the problems associated with needing global consensus, does not. Whereas momentum in multilateral trade liberalisation has stalled in recent years, support for the CPTPP is gaining speed. It is becoming the party everyone is trying to get invited to.

Some believe that China’s move to join the CPTPP, announced only a day after the AUKUS security pact was publicised, is designed merely to work mischief in global economic affairs. China’s bold statement may have already ruffled feathers as Taiwan, which had expressed an interest in acceding to the CPTPP last year, has now declared its intention to press forward in membership talks. China is further eager to demonstrate its acceptance of regulatory reforms needed to meet some of the CPTPP’s requirements with a view to attracting investment. Its willingness to actually implement them (for example in relation to the protection of IP) is unclear. Many of the potential regulatory obstacles to China’s accession to the CPTPP, for example in relation to State Owned Enterprises, would actually fit quite well into the CPTPP’s broad and flexible rules. Members are able to negotiate reservations to the agreement’s various commitments, and the prospect of an economy the size of China coming on board might persuade existing members to relax requirements in certain areas, with subsidies being the obvious example. The CPTPP is more flexible in this regard than the WTO – for example it allows exemptions for support for state-owned enterprises in some members, such as Viet Nam.

China’s purported interest in the CPTPP may further spur the US to reconsider membership in the Pacific pact. The world’s largest economy withdrew from the CPTPP’s predecessor (the TPP) in 2016 because then President Donald Trump’s disinclination for multi-party trade deals. President Biden shows little interest in trade agreements of any kind (to the delight of Twitter which continuously mocks the UK’s post Brexit aspirations for a quick trade deal with the Americans.) On the other hand, the CPTPP’s loose Rules of Origin (ROO) which allow preferential treatment for a larger component of goods made in non-member countries, are likely to keep the US apprehensive about accession because it prefers tight ROO, as contained in the United States Mexico Canada Agreement (USMCA), to protect manufacturing. Were the US to remain outside the CPTPP there is a chance that it could invoke the USMCA’s ‘China clause’ which requires the US to grant permission to Canada or Mexico should either form a preferential trade relationship with China, like the CPTPP. Then there is the related problem that any CPTPP member which actively supports China’s accession might be viewed as ‘soft on China’ which could be politically damaging domestically. This might explain Canada’s recent statement that it will not publicly support China’s application to join.

With all the media buzz about trade agreements as a barometer of a country’s standing in the world, it’s important to remember that preferential free trade agreements, even with large partners like China or the US, account for only a small percentage gain in GDP. Much trade can and does proceed without them. But for the UK, CPTPP accession will bring real gains in areas of economic activity currently underserved by the WTO in some of the world’s fastest growing regions and in thriving sectors like digital and services. With or without the world’s two superpowers, CPTPP accession is the right step forward for Global Britain.