Emmanuel Macron lived up to his star billing when he addressed the European Parliament in Strasbourg this week.

In contrast to the sometimes patchy turnout for other EU leaders, the chamber was packed to hear the charismatic French president lay out his vision for the future of the European Union. He did so with clarity, sincerity and passion. He listened patiently as Group leaders – including myself – delivered their responses, then answered many of the questions put to him by MEPs.

A very impressive performance. But that cannot disguise the fact his ideas will not solve the European Union’s problems.

President Macron is like a doctor who correctly diagnoses their patient but then prescribes the wrong medicine.

His En Marche movement was formed to offer voters an alternative to the long standing and stale political establishment. That aim is one my European Conservatives and Reformists (ECR) Group in the European Parliament also has.

Both agree the EU must change.

But while we in the ECR group believe the bloc should help nations to come together to cooperate when it is in their shared interests, as well as return powers to Member States and local communities wherever possible, Macron spoke of expanding European Sovereignty.

Many in the European Parliament chamber see President Macron as the saviour of the European Project of political integration, since his remedy for the EU’s problems is straightforward. Increased integration and – whatever the problem – more Europe. He wants the EU to have a bigger budget, harmonised corporate taxes, a unified social policy, a common asylum policy and a European minister of finance.

He would create a European industrial policy, a European public prosecutor, European universities…the list goes on. At the centre of this would be the European Union’s most powerful states post-Brexit – France and Germany – with smaller countries finding themselves confined to the margins.

And here is the first problem with President Macron’s grande idee. Europe’s great glory and strength is its diversity of history and cultures. Subsuming national and regional identities into a bogus European identity risks extinguishing that spark. Centralisation encourages dull corporate group-think, not creativity and innovation.

During Tuesday’s parliamentary debate with President Macron, Manfred Weber, the German leader of the European People’s Party, announced “there is no such thing as a French lifestyle or a German lifestyle, just a European lifestyle.” That might chime with the French President’s vision but do the majority of people outside a small elite in a handful of European capitals really believe it?

The proposals make no financial sense either. An economic policy that treats Germany the same as Greece cannot work, as the Eurozone has demonstrated.  Governments of the richer eurozone governments have to be honest with their voters that their taxes will be transferred to the budgets of poorer Eurozone countries – probably forever – for a sustainable single currency.

In addition, interest rates and taxation levels should be tailored to local conditions and needs. History also tells us that huge bureaucracies more often produce mountains of waste than economies of scale.

Perhaps most crucially, there is no sign that people in all EU countries buy into President Macron’s ideas. The growing dissatisfaction amongst voters is not due to the EU having too little power, but because it has too much. Countries signed up for cooperation in key areas of mutual interest with their EU neighbours, not to see more and more decisions made in Brussels, which may be half a continent away from many of them.

The voters in many countries prefer their governments to set their own tax rates, rule on who settles there and decide foreign policy priorities.

Attempting to subsume local democracy and national identity carries huge risks, creating a fertile ground for populist and nationalist movements as voters feel ever more disengaged from, and ignored by, distant institutions of power.

There is much to admire about the man. He has a bold vision and we agree on a commitment to strong transatlantic relations, the need to cut red tape to help businesses create jobs and a continuation of close security co-operation between the UK and France, as well as between the UK and the EU.

But the bulk of his proposals, while possibly right for France, are not the answer for all countries of the European Union. Just as the mis-prescribing doctor is a risk to patients, President Macron could endanger the body he is trying to treat.

Syed Kamall is Academic and Research Director at the Institute of Economic Affairs and Professor of International Relations and Politics at St Mary's University. He represented London in the European Parliament (2005-2019) where he served as leader of the European Conservatives & Reformists (ECR) group. For Politeia he was co-author of Banking on Recovery: Towards an accountable, stable financial sector (2016). 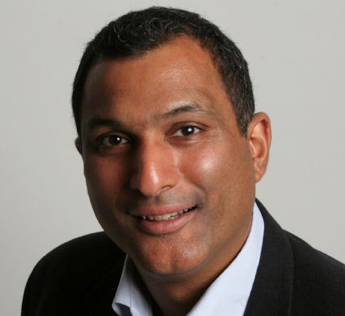 Syed Kamall is Academic and Research Director at the Institute of Economic Affairs and Professor of International Relations and Politics at St Mary’s University. He represented London in the European Parliament (2005-2019) where he served as leader of the European Conservatives & Reformists (ECR) group. For Politeia he was co-author of Banking on Recovery: Towards an accountable, stable financial sector (2016).