Levelling up … from the Top down. 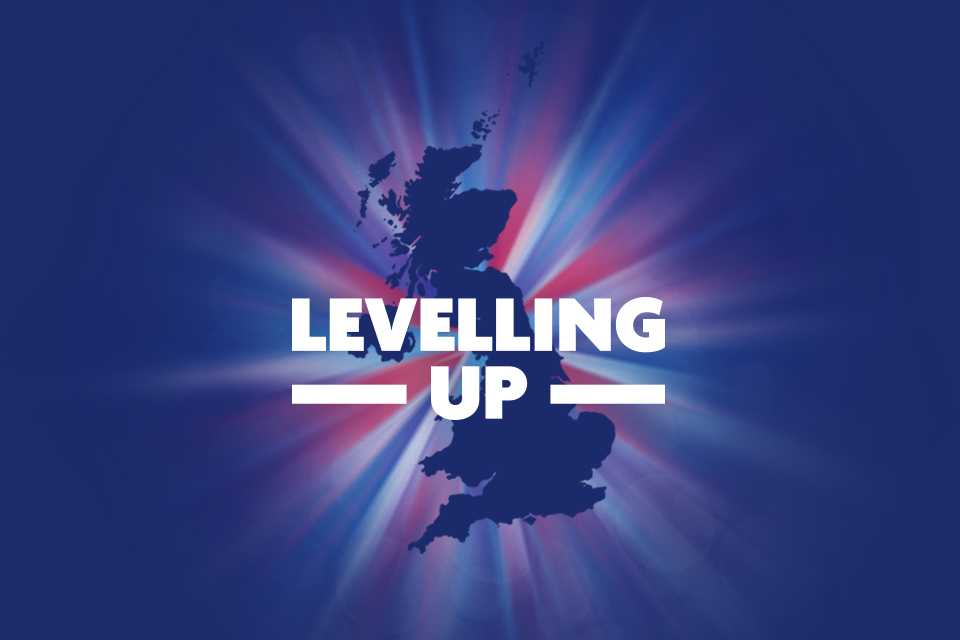 This week’s council election results show that ‘top down government’ is no vote winner. Here Anthony Coombs, Chairman of S&U and a former MP, explains that the Levelling Up agenda compounds the problem of big government.

Levelling Up is the much vaunted centrepiece of the Conservative Government’s domestic agenda under the aegis of the department of the same name Sadly, 300 pages of Michael Gove’s recent White Paper, Levelling Up the United Kingdom, prompts (in my case) the reluctant conclusion that this Government appears to be losing its way.

Boris Johnson’s strong suit was always presentational. Any ideological vision always gave way to the short term pragmatism required to win the most difficult elections – London’s mayoralty twice over, and the spectacular 2019 ‘Brexit’ election victory. That’s fine so long as it doesn’t mean jettisoning the anchor of ideas completely, and riding the wave of events in a way which makes the Conservatives indistinguishable from Labour’s Brownites or social democrats everywhere. But that is where the Government is now heading.

The bedrock of conservatism has always been in trusting the people. In particular, the notion that the efforts of individuals to better themselves and their families within a free and minimally regulated economy and system of law that encouraged entrepreneurship will generally be much more effective in raising standards for every citizen than the well-meaning second guessing and regulation of the political elite. As the US Democrat President, John Kennedy said “a rising tide lifts all boats”.

Without that freely rising tide and the motivation and aspiration behind it, economies will not grow. If that doesn’t happen then ‘levelling up’ simply becomes a process of bureaucratic confiscation from wealthy (and usually productive) parts of the country to allocate to poorer and less efficient parts. As Professor Tim Congdon has pointed out, it is no coincidence that the less regulated 1960’s produced annual rates of economic growth in the UK of over 3 per cent, whilst the decade from 2009 onwards, even under Conservative led governments, saw growth fall to just 9 per cent per year.

The case for Capitalism needs remaking. Lord Frost, the former Brexit ministers, had reminded us of the lethal combination of Government and the public sector taking £4 in every £10 we produce as a nation, and a recent tsunami of domestic and European regulation (costing by 2019 at least £600m per week according to Boris Johnson’s own estimate) is gradually throttling the wealth creating sector.

More sinister still is the prevalent assumption amongst the public sector and chattering classes, that profit inevitably means exploitation and that private sector initiative requires constant monitoring for “consumer detriment” by regulators. The idea that a free market might be the most efficient mechanism yet devised to empower the consumer and raise their well-being, is in retreat even in Conservative circles.

Michael Gove’s White Paper likens his vision for levelling up to the industrial revolution which propelled a small offshore island like Britain to world power status two hundred years ago. Tragically his plan turns its back on precisely the principles of free and unfettered enterprise without which such a revolution would have been still born. But this White Paper is proof beyond reasonable doubt that the Conservative government no longer really trusts the instincts, abilities and desire of the British people to turn the country around. That, freed of Government diktat, regulation and bureaucratic interference, and the consequent deadweight of excessive taxation, Britons – not just the “private sector” as the White Paper so patronisingly dubs it- can lift themselves out of the slough of low growth and regional disparity of the past thirty years.

Instinctively a levelling up process should begin at the bottom. In practice, anything other than a top down, Government controlled approach is inimical to civil servants and the politicians. Their raison d’etre is dependent on persuading the electorate of their dynamism and initiative, and on their ability to take credit for spending other people’s money. Hence it’s not surprising that the White Paper kicks off by telling us what an ‘unparalleled success story’ we are; and (despite recognising that Levelling Up is ‘a long term endeavour’) by then outlining all the steps the Government has been taking since- surprise, surprise – 2019 to bring it about.

Almost all of those quoted – from project Gigabit (£5 billion) transport infrastructure (£107bn) even more NHS spending (£23.3bn). schools and skills training (an extra £7.8bn) to £26bn on green ‘investment’ are State sponsored and involve spending egregious amounts of our, not the Government’s, money. And this at a time when the tax take is at a twenty year high and the public debt at a peacetime record of 120% of GNP. The free spending alcoholic is really reaching for the whiskey.

**
The profligacy is compounded by placing responsibility for Levelling Up in precisely the hands of those Government and quasi government organisations who will do it least efficiently. Professor Congdon recently emphasised that Bacon and Eltis may have been too cautious in only warning of public sector as “zero sum” contributors to economic growth. Instead, he pointed out that the rise of excessive regulation meant that the public sector might in many cases be a “negative sum” deterrent to economic welfare.

Take two examples of excessive regulation that have stretched into the nooks and crannies of people’s lives.

The planning system: Dame Louise Casey has concluded that planning is the single most obdurate barrier to housing delivery in Britain today. The system is riddled with inconsistencies, which are as inimical to conservation as they are to building houses. Take one illustration, of a half century old company which recently applied to build 4 new houses on the edge of a Midlands village, within the village “envelope” and outside Green Belt, and not in a conservation area. After months of negotiations, the scheme had the written recommendation of planning officers and of the Planning Committee Chairman. It was nevertheless blocked by four newly elected councillors on grounds, which in one case cited a (fabricated) historical “precedent” and other ‘grounds’ of only tangential relevance to the application and outside local planning policy. As a result a full appeal will be necessary to re-establish consistent planning , with the re-submission of around 120 documents and repetition of argument, most likely prompting a further three years for the planning process alone (before a brick is laid) for this tiny site

Financial services: The explosion of regulation in the sector puts unnecessary and costly obstacles in the way of people taking out a loan for a car. Often driven by the Financial Conduct Authority and its surrogate the Financial Ombudsman Service, the sector has during the past decade been subject to the assumption that new ideas generating profit are always mirrored by customer exploitation. This has led the regulators introducing a constant steam of new regulations and codes of conduct, without either primary or secondary legislation. They have thus stealthily morphed into legislator, jury and policeman. As a result, the fifty year old Consumer Credit Act has withered into irrelevance, to be supplemented, replaced and often contradicted by administrative diktat. Clear law will now be undermined by the FCA plans to introduce a vaguely defined and vacuous obligation on ‘firms’ to maintain a ‘duty of care’ for their customers –though how this melds with the myriad of existing rules and obligations is not explained. The result, as industry associations have warned, will be to make it impossible to gauge the efficacy or even legality of new products or methods of working, thus stifling innovation and productivity.

The message is that whether you are waiting for a house to be built or organising a loan to replace your car, a myriad of regulations will cause obstruction and delay without any apparent benefit to the customer or the country.

These two current examples of the sclerotic effects caused by wrongheaded suspicion of the free market and its proven ability to produce a “rising tide” of prosperity for literally everybody.
The problem this country now faces is that few, least of all in the Conservative Party, are prepared to defend it. Indeed, the greatest irony of all is that, in promoting a Levelling UP agenda, by interventionist, fiscal and practical methods which almost all top DOWN, Michael Gove has exposed just how remote the Conservative Party of today is from its free enterprise, freedom loving and common sense.

Two years is a long time in politics. There is therefore time to change course before the next general election when Boris returns to the polls. If he is to honour the promises made in 2019 he must cut government and its regulations – home grown and left-over from the EU – down to size, and light a bonfire of controls. That will bring costs down, twice over: the cost of government and the cost of living!