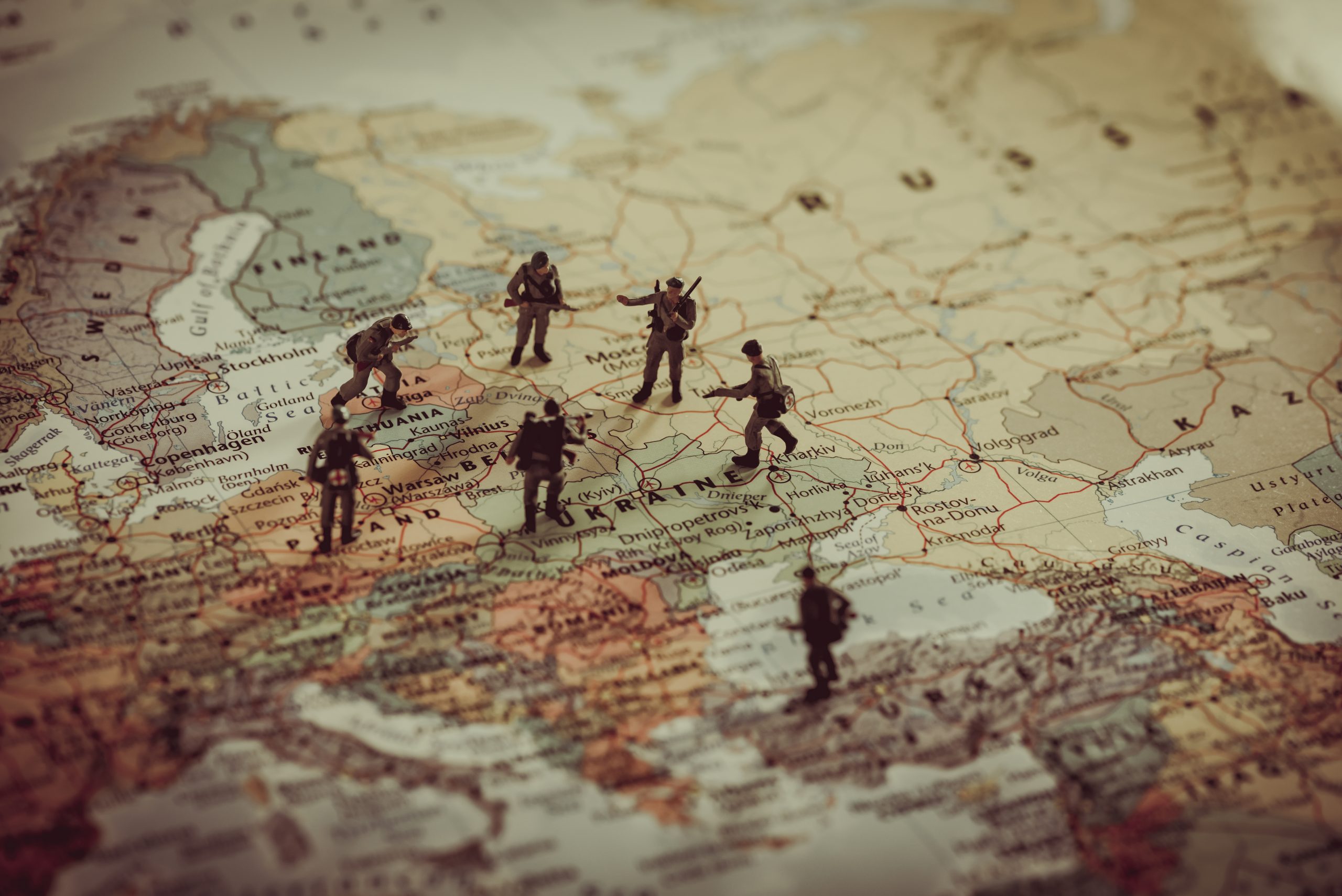 As the UK’’s Foreign Secretary is left standing at the Kremlin’s podium, it’s time to rethink Britain’s Foreign Policy, says John Baron.  Intelligence, news gathering, language skills – the weapons of soft power matter as much as rebuilding our defence forces.

The 2016 referendum vote to leave the EU prompted a protracted debate about the UK’s place in the world. Today, as then, the need to return our defence policy to its vital task of protecting UK national interests against emerging threats, is again to the fore with the developing crisis in Ukraine. As I wrote in 2017 in my Politeia publication:

In the first decades of the 21st Century, and partly as a result of a loss of insight and capability, the West has indulged in misguided ‘wars of choice’. These have reduced the UK materially, psychologically and morally, and led to a host of undesirable outcomes. These expensive interventions have not only abandoned the traditional pragmatism which has characterised the UK’s foreign and defence policy, they have also served to distract from greater dangers including the rise of potentially hostile nation states. It has, as a result, become increasingly clear that defence and foreign policy need to be rethought and that better informed analysis is needed. (Hard Choices: Britain’s Foreign Policy for a Dangerous World. Politeia, 2017)

One of my central points in Hard Choices is that the ‘War on Terror’ served as a distraction from our key and eternal task of guarding against the dangers from traditional nation states. It was right to enter Afghanistan to deal with the international terrorists who carried out the 9/11 attacks, but the subsequent expansion of the mission into nation-building was doomed to failure, as was so devastatingly exposed last summer. The war in Iraq was waged on a false premise, whilst getting involved in the conflicts in Libya and, to a lesser extent, in Syria, ensured that we took our eye off the ball.

Since the end of the Cold War, western countries reaped the ‘Peace Dividend’ and cut defence spending. Likewise, fewer resources were allocated towards diplomatic and analytical capabilities. The Foreign Office’s budget was steadily reduced, and its famed corps of analysts was thinned out and sidelined as No 10 and the Cabinet Office took an increasing role in formulating foreign policy. This is how when the Russians annexed Crimea in 2014 the Foreign Office found itself with no in-house expert with relevant knowledge, and the British Government found itself on the back foot.

If anything, since 2014 the situation has got worse. In favour of developing new capabilities, the number of soldiers in the British Army has continued to fall. These new capabilities, especially in the cyber and electronic warfare fields, are important, but there continues to be an enduring role for soldiers to dominate the ground, act as a visible presence and forge links with other soldiers from friendly countries – as well as taking the fight directly to the enemy. There also continues to be an ongoing role for armoured units, even as the new frontier of low-cost but advanced military drones, as shown by the recent conflict in Nagorno-Karabakh, between Armenia and Azerbaijan, may require the development of new doctrine and tactics. Nothing ever stays the same.

Notwithstanding our smaller and less capable Armed Forces, it is encouraging that the British Government has adopted a strong position of leadership with the Ukraine crisis. Britain was an early voice of alarm as the Russian troop build-up began, and it has sent a strong and consistent message to the Russians that any incursion into Ukraine is unacceptable and will ultimately be to Russia’s detriment. The Defence Secretary’s recent article on the situation was impressive, setting out the Government’s position clearly and placing it in firm historical context.[1]

In more concrete terms, military units have been stationed in NATO countries, such as in the Baltics and Poland, and the Government has offered the Ukrainians support in the form of military training and lethal anti-tank weaponry. In this it has earned plaudits among many Ukrainians – one Kyiv newspaper ran the headline ‘Bravo Boris’ during the Prime Minister’s visit, two union flags were held aloft in the Ukrainian parliament and for a while ‘God Save the Queen’ even trended on Ukrainian twitter. The soft power value of ‘defence diplomacy’ can be sizeable.

Britain’s strong and decisive role in standing up for a free and independent Ukraine has gone down well in Eastern Europe, where the memories of decades of Soviet occupation remain keen and where many legacies of this traumatic occupation are still evident. These countries are now – quite rightly – members of the European Union and see in their membership a guarantee of their statehood and a recognition of their European patrimony.

Yet the EU has largely been invisible during the current crisis, with its two main powers, France and Germany, adopting a stance distinctly out of step with the rest of NATO. This is to NATO’s advantage, as despite the enthusiasm of many devotees of the EU, including President Macron and Ursula von der Layen, for an EU Army, it is NATO and not the EU which is putting in the hard yards in standing up to the Russians. The French appear to want to break with North America and set up a European security architecture in parallel with NATO, and the strong impression is being gained that the Germans are more concerned with business links than preserving the norm against changing borders by force of arms – which many would understand as the founding premise of the EU.

Britain’s prominence on this issue is a standing rebuke to those who claimed that the UK would lose its global relevance once it had left the EU. EU member states, especially those in Eastern and Central Europe, are seeing the benefit of diplomatic and military support from a front-rank international power. However, it is no surprise to those of us who backed Brexit in order to boost our global engagement.

Nevertheless, Britain could be doing so much more if we better resourced our military and diplomatic arms. Greater diplomatic heft would help improve our forging of beneficial alliances as well as contributing to a better-informed government in London. Greater military heft would allow us to do more to support allies and deter aggression from potentially hostile countries. It would also raise our profile and gain more influence with the Americans. In the meantime, let us hope President Putin sees sense and returns his soldiers to barracks.