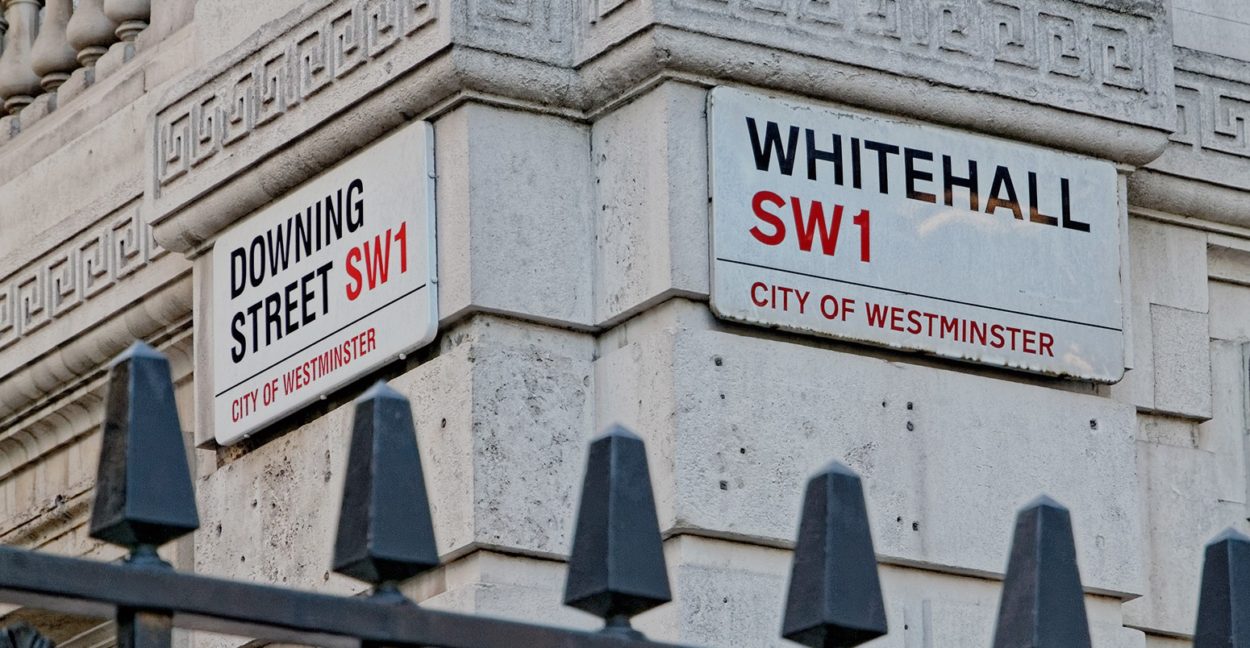 When Lord Acton observed in 1887 that power tends to corrupt and absolute power to corrupt absolutely, he was thinking of the powerful monarchs and popes of the past who avoided being held to account, legally, for their actions. He was not thinking of the modern state which has wreaked a different sort of harm on the constitutional and economic freedoms of people today.

That state emerged in Britain in the decades after the last war, with the dire consequences we suffer today: unelected officials and advisers control the levers of state, as our elected government seems to bow to their will, with Parliament unequal to protecting liberty. The consequence is that people in England are today subject to arbitrary laws: they may not leave home except for an approved reason, they may not join together for public worship and many may not earn their living; shops, businesses and restaurants are closed by edict. The state, with its officials, its regulations, marshals – and, yes, squad cars, fines and police arrests – has replaced the constitutional and economic arrangements that made this country the mother of the free.

Everyone accepts that during the current pandemic, some of the rules and arrangements of daily life must change. But any restrictions should be subject to the checks and balances needed in a free society even when times are grave. In setting itself above the laws which bind us one to another – to feed our family and care for one another, to ensure that our businesses can continue to trade and meet legal obligations to pay their suppliers and honour contracts of employment – it has done irreparable harm, as the latest ONS figures underline: even in September, before the latest lockdown, the UK economy had already shrunk this year by almost 10 per cent.

Vaccine or no vaccine, the months of arbitrary ‘Covid rule’, to which economic and constitutional liberty has been sacrificed, must end as a growing number of MPs now demand. But if that is truly to happen, the autocratic state must be sent packing.

Few people could have anticipated that Britain, so rapidly and dramatically, could have reverted to the model of the big state which Mrs Thatcher challenged successfully in the 1980s. But already by 1995, when Politeia was founded, the signs were that big, expensive government was again on the march, despite some attempts by Tony Blair later to curb its powers in health and education.

The tradition of thinking based on economic prudence, a small state and the preservation of personal freedom – to which Thatcher had returned the UK – had been part of the DNA of good leadership that marked out this country’s constitutional and economic life as it emerged to full democracy in the early 20th century, having led the world by its enlightened social reforms. It was in that tradition that Churchill’s wartime government prepared the plans for post-war Britain, recognising that economic recovery, trade and high employment must count as Britain’s priority, second only to national security.

A buoyant economy was needed not only for full employment, but to fund the wartime commitments to dramatic social reforms – for a universal health service, family allowances and a comprehensive social security system. But if freedom was to be preserved, these had to be organised in a manner that made the state the servant – not the master – of the people while the size of the wartime state, its cost, powers and controls, had to be cut.

Such thinking was common. Beveridge premised his blueprint for a social security system on keeping the intrusive state out of things, funded by insurance contribution. The proposals for universal healthcare – in the making for decades – would also keep the state at a distance. Public funding would be provided from the Exchequer. but hospitals and doctors would be accountable to their patients, not the state or Whitehall officials, with the state’s role to be limited as funder, co-ordinator and enabler and to ensure the gaps, geographically or of specialism, were filled.

Since its founding in 1995, Politeia has sought to recover and restore the longer and older tradition of thinking about the state. Our authors and contributors, including some of the finest minds and leading authorities, have applied their knowledge to finding other ways of doing things – ways which support freedom, rather than counter it. They have advocated an economy and enterprise free of heavy tax, restrictive regulation and industrial central planning; businesses set free to compete worldwide on quality and price; enterprise, hard work, saving and investment encouraged, not penalised; and all underpinned by a constitutional system in which laws protect democratic freedoms with MPs and governments held to account.

And on those matters on which the state touches daily life, we have made the case for schools and universities to be set free from the box-ticking rulebook of the state, to admit pupils and students, teach subjects and speak freely; for hospitals and doctors to be responsible to the patient, not part of the state machine, with patients given voice through a health premium and their own direct funding; pensions based on sound actuarial principles; benefits paid out in bad times, because they have been funded through contributions in good. There have been great heartening battles to fight, some of which we have helped to win, others in which we have prepared the ground and yet others whose day is yet to come. You can see this work on our website.

Today we can see the cost of the state triumphant in the wreckage of Britain’s economy: people’s precious freedoms and the livelihoods of many sacrificed to the demands of the biggest, most expensive, most dominant bureaucracy our state has ever known, a health service of 1.4 million people, of whom the dedicated hospital doctors and nurses in the frontline are in a minority – fewer than one third. This is the bureaucratic arm of the state which, since the outbreak of the pandemic, appears to have put its own protection, funding and future first, at the expense of countless lives, including those of the elderly Covid-19 patients who lived in care homes to whom it refused hospital admission for treatment, of thousands of non-Covid-19 patients refused urgent treatment or locked down to isolation, ill health and often a potentially jobless and penurious future. Such things have happened without external scrutiny or due deliberation, sometimes on the basis of disputed ‘science’ or projections inspired by Whitehall’s insiders. Moreover, the response to the virus by the machine of state has been marked by incompetence in every area: incompetent procurement, incompetent testing and tracing and incompetent public communication.

The most competent and effective reaction to the virus among the major European countries has been in Germany. Germany’s healthcare system today shares some principles on which this country first intended to build its health service, in line with a tradition popular and proven in the UK, but rejected by post-war collectivist governments. Germany’s system is self-governing, with a mixture of providers – doctors and hospitals (not-for-profit, state and independent) each competing for and accountable to patients. Funding is via a statutory health insurance system run by not-for-profit companies or ‘sickness funds’, with taxpayer support for those who cannot pay their way. The relationship is three-way, between the patient, doctor or hospital and sickness fund.

As the former head of financing for the German hospital system explained in a Politeia pamphlet: the system is based ‘on the firm belief that people’s needs are better met in a system where competition exists… where private suppliers work for patients who are also their customers… Competition is at the very heart of the philosophy which underpins the delivery of healthcare in Germany… because it both guarantees people’s dignity and promotes technical innovation’. The health insurance companies or sickness funds are seen as ‘better guardians of the people’s rights and entitlements than state bureaucracies’. By any measure, these principles underpin a healthcare system far better than our own.

If the pandemic and its management by a state machine has taught us anything, it is to remind us what monarchs and prime ministers have recognised for centuries: the exercise of untrammelled power by the state cannot survive in this, a free country. People want to determine how they are governed and have a say in the laws and rules under which they live, are ill or die. They also want the constitutional freedom that protects liberty and livelihoods, and gives them the power and the opportunity to use the social goods they need. Helped where necessary, but left to make their own choices, they can find better answers to the problems they meet on life’s journey than those in the state officials’ rulebooks.