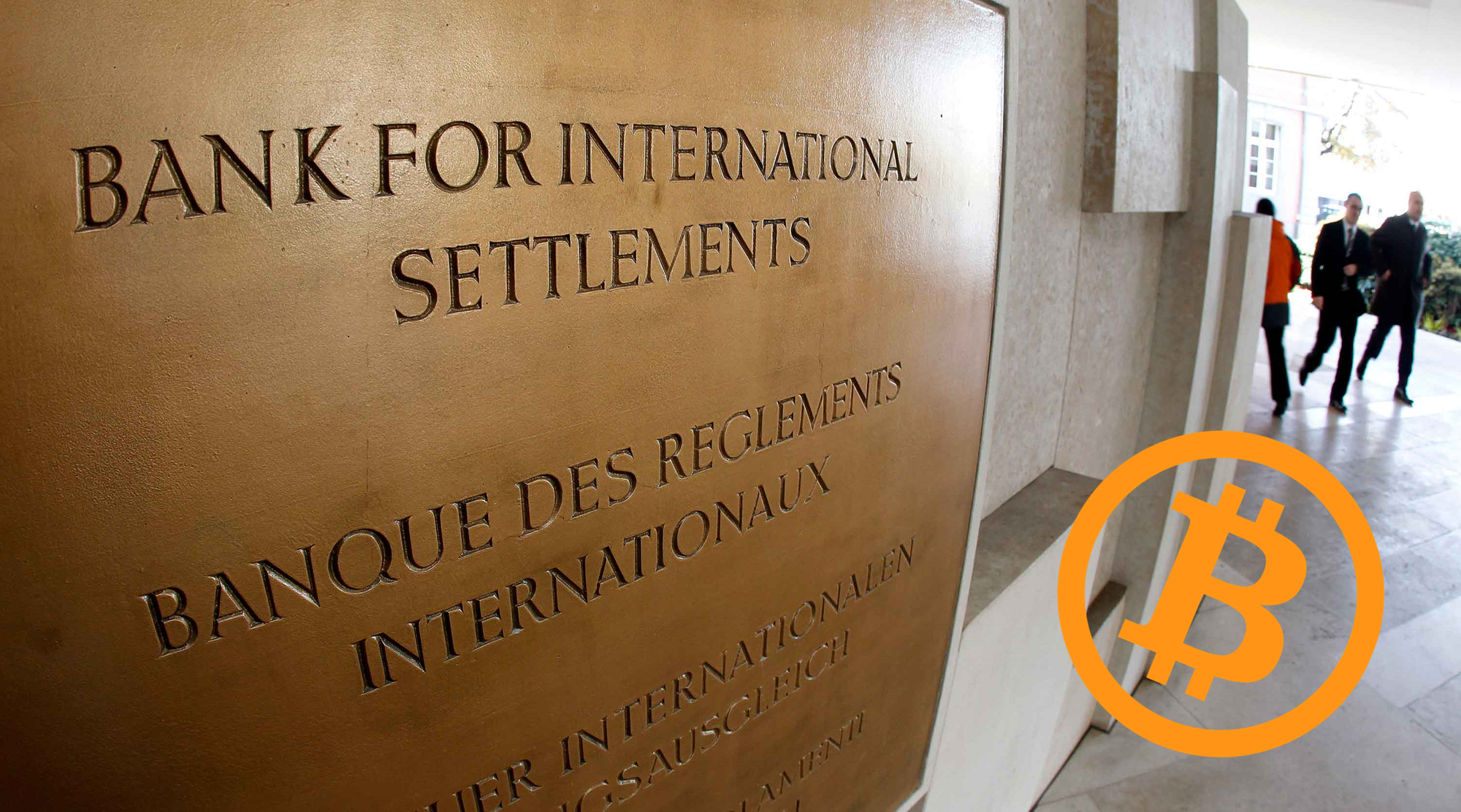 This week the U.K.’s Chancellor of the Exchequer, Rishi Sunak, announced a new Treasury and Bank of England taskforce to explore a central bank digital currency (CBDC) for the U.K. Some financial commentators have hailed this as ‘Britcoin’. Edite Ligere, Politeia’s Director, considers the announcement, developments in cryptocurrencies and CBDCs and their international context.

Heraclitus observed that there is nothing permanent except change. We live in an era of dramatic change, propelled by rapidly developing technology. This challenges the way we think and go about the basic building blocks of life. For example, the cryptocurrency wallet is replacing the traditional wallet. iPhone and iWatch tapping on payment services devices are replacing cash and even credit and debit cards. The digital and virtual are the new normal. The choice we face is to embrace and lead the change or be left behind in nostalgia. To adapt is to survive and, with any luck, thrive.

Bitcoin, the most well-known cryptocurrency, was created just over a decade ago by a person or persons unknown using the name Satoshi Nakamoto. In 2009, Bitcoin was released as open-source software. Since then, its fortunes have fluctuated with a marked dip between 2017 and 2020. It is presently experiencing a meteoric rise in value and popularity. The proliferation of digital currencies is rapid. At the beginning of 2021, there were around 4000 cryptocurrencies in circulation globally.

In addition to being a medium of exchange for goods and services (which replaced bartering in most parts of the world some time ago), currency is generally understood to be an accepted form of payment, usually issued and backed by a government. If one takes the trouble to examine a £10 note, a bearer bond, meaning that anyone who bears it can avail him or herself of the value it represents, one will readily see an undertaking by the Chief Cashier on behalf of the Governor and Company of the Bank of England which states: “I promise to pay the bearer on demand the sum of ten pounds”.

It is sometimes argued that cryptocurrencies are inherently suspicious as ready facilitators of nefarious purposes and activities. That may well be the case but can the same not be said about most other prominent, internationally traded currencies in circulation? Whereas non-digital currencies are backed by governments, regulated and generally regarded as integral to the functioning of the financial system as it has existed since the Bretton Woods Conference in 1944 which established the US dollar as the primary international currency, at present, digital currencies are not backed by governments or central banks and are mostly unregulated. They are traded and stored in electronic form. Their tax treatment and classification as an asset class/security varies from jurisdiction to jurisdiction. It is frequently maintained that blockchain (which can be centralised or decentralised) makes digital currencies safer and less open to criminal elements than physical currencies. That is debatable.

So, what does it all mean? There seem to be two main questions. The first question relates to the valuation, trading, tax and regulatory treatment of cryptocurrencies and cryptocurrency exchanges in different jurisdictions. Can a virtual “currency” ever be a currency properly so called? Is the function of a currency changing? How is a virtual currency valued and who is best placed to perform such valuation? Given the high volume of trading and the capital involved, do cryptocurrencies have the potential to pose serious systemic risk to the financial system and a threat to global financial stability? The second question relates to CBDCs and trust in the political and economic regimes in which they are developed. Is there still a global system in which trust can be placed? Was there ever? Can there be one? Who should supervise the supervisors? Is global competition trumping cooperation? Is the spirit of Hans Christian Andersen, ably assisted by a cohort of nameless, unaccountable co-authors with vested interests, ghost-writing The Emperor’s New Clothes Part II? Should we sit back and wait to see what happens next or, insofar as it is possible to do so, lead or at least participate in leading the change?

The British position to CBDC has hitherto been cautious. Andrew Bailey, the governor of the Bank of England has previously expressed the view that cryptocurrencies fail to act as a stable store of value or an efficient medium of exchange, making them ill-suited to serve as a currency and a risky bet for investors.

On 19 April 2021, Rishi Sunak MP, the U.K.’s Chancellor of the Exchequer, announced the launch of a new taskforce between the U.K.’s Treasury and the Bank of England to coordinate exploratory work on a potential central bank digital currency (“CBDC”). Some financial commentators have hailed this as “Britcoin”.

The position taken by the Bank of England is that a CBDC would represent a new form of digital money, issued by the Bank of England for use by individuals and legal persons. It would exist alongside cash and bank deposits, rather than replacing them. The taskforce is expected to engage widely with all relevant stakeholders on the benefits, risks and practical implementation of a CBDC. Matters such as how the Bank of England would be able to integrate a CBDC into the economy, how consumers would use it and how it would affect financial stability are likely to be central to the considerations of the taskforce.

The Bank of England and the U.K. Treasury are expected to:

i. coordinate exploration of the objectives, opportunities and risks of a potential U.K. CBDC;
ii. guide evaluation of the design features a CBDC must display to achieve its intended goals;
iii. support a rigorous, coherent and comprehensive assessment of the overall case for a U.K. CBDC; and
iv. monitor international CBDC developments to ensure the U.K. remains at the forefront of global innovation.

Rishi Sunak’s announcement follows the listing on Nasdaq stock market in New York of Coinbase, a cryptocurrency exchange with a valuation estimated to exceed $75.9 billion on 14 April 2021. On 15 April 2021, share trading of Coinbase opened at $381.

A new system of finance is in the making. The race to be the first to develop and adopt a CBDC is on. First mover advantage is just that. In this context, it has wide ranging consequences not only for global financial stability but also for the balance of international power, cyber security, national security, competition, human rights, social exclusion and consumer protection. The U.K. has what it takes to lead the way in the responsible development and deployment of cryptocurrencies and CBDCs. Leaving aside the merits and demerits of the new reality we find ourselves in, it is hoped that the U.K. will rise to this particular geopolitical challenge. Cryptocurrencies need not represent to the global financial system what Kryptonite represented to Superman. The development of internationally co-ordinated principles of governance and regulation for the responsible use of this relatively new phenomenon should be able to achieve the right balance between global financial stability, the sovereignty of the nation state and innovation in an equitable manner.

To read a longer version of the blog please click here.

Edite Ligere is Politeia’s Director, a barrister at 1 Crown Office Row Chambers and an advisor at Galileo Global Advisors in New York. Her special interests include artificial intelligence, insurance, human rights and cyber security. She was appointed to the Bar Council of England and Wales in 2020. She has written for the OECD on 'Insurance: can systemic risk get any more systemic post-COVID–19? '.

Edite Ligere is Politeia’s Director, a barrister at 1 Crown Office Row Chambers and an advisor at Galileo Global Advisors in New York. Her special interests include artificial intelligence, insurance, human rights and cyber security. She was appointed to the Bar Council of England and Wales in 2020. She has written for the OECD on ‘Insurance: can systemic risk get any more systemic post-COVID–19? ‘.