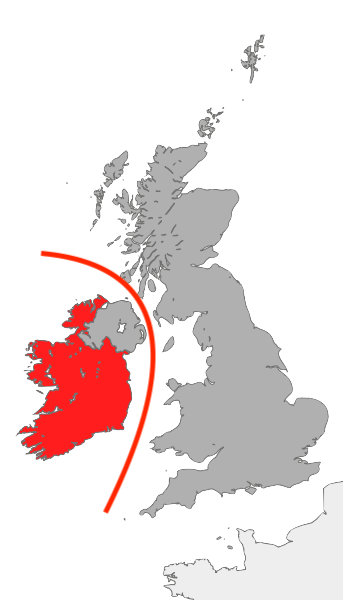 Last week’s Northern Ireland election represented a watershed in two important respects, both long threatened and which finally arrived: namely that Sinn Féin would emerge as the strongest political force; and that a substantial middle ground, agnostic to the constitutional aspirations of both Unionists and Nationalists, would similarly manifest itself, something that had been regularly predicted over the last 30 years but up to this election, had failed to materialise.

While the two main political blocks, Green and Orange, emerged with similar shares of the popular vote at circa 40%, the momentum of recent elections continued with a Unionist decline of 4.5% compared with the previous Assembly election, while the Nationalists essentially held its support steady.  However the domination by Sinn Féin of the Nationalist side of the traditional divide, allowed that party to claim a clear victory in terms of the popular vote, while the Unionist side continued to fracture.  Hence, Sinn Fein captured all the media headlines around the world and symbolically important, the right to nominate the First Minister.  Michelle O’Neill, its local leader in Northern Ireland, is widely regarded as the clear winner of the 2022 election. However, the combined Nationalist vote (40%) is still short of the level needed under the Belfast (Good Friday) Agreement to trigger a referendum  for Irish unity.

Sinn Féin adopted a very moderate policy line throughout the election campaign, emphasising bread and butter issues and soft pedalled the prospect of an Irish unity referendum. It is in a very strong position politically and probably now has some leeway for compromise on the NI Protocol.  However, the election also witnessed the emergence of an alternative Republican party in Aontú (meaning Unity) which is articulating a more traditional Republican approach, including on social and political issues. Other candidates, loosely associated with more extreme forms of Republicanism, did not make any major impact, again showing the lack of support for Dissidents. The SDLP, the more moderate Nationalist party, had its worst ever outing and needs to redefine itself if it is to become relevant again.

Unionism, and especially the DUP, has been bruised in the election.   It faces a tough uphill battle to reverse its long-term electoral decline. and the rumours that party leader Sir Jeffrey Donaldson, may jump ship from Belfast back to Westminster, is only adding to the general feeling of unhappiness.  The strong support for the more hard-line Unionist party, the TUV, under its leader Jim Allister was a clear warning shot that any further compromises would come at a price. The DUP demand for the complete scrapping of the NI Protocol would appear challenging, given the likely opposition of Brussels, Washington, and a majority of the voters in Northern Ireland.  Also its steadfast demands on the Protocol did not yield any political dividend locally when the votes were counted. It may have cost them support, especially in the business community. Unionist failure to accept the result of the election will have a deeply destabilising effect on the political process if continued for any length of time.

The Irish Government is very uneasy about the election outcome, the Taoiseach and Tánaiste never even congratulated Michelle O’Neill and Sinn Féin on their triumph. The spectre of Sinn Féin electoral success in the North, and the likelihood that it will only further add to that party’s political momentum across the island of Ireland, is the stuff of nightmares for them.  Micheál Martin and Leo Varadkar will be desperately anxious to resolve the NI Protocol and avoid inflaming Nationalist sentiment, especially in the Republic.  They will be pressing Brussels and indeed London for flexibility and a workable solution to the problems of the Protocol.  The days of bellicose announcements in Dublin on the need to punish Britain for Brexit are long gone.

Even Sinn Fein is aware that the Protocol has no support among Unionists and that it is in nobody’s interest, including Republicans, to have a community alienated in Northern Ireland. Michelle O’Neill has signalled that she supports minimising the effect of the Protocol.

Therefore, the election result may have inadvertently created better conditions for a resolution of the issue.  There is a commonality of interest in getting a solution. This of course would depend on the abandonment of absolutist positions. Brussels needs to accept that the prospect of the Single Market being undermined by having British standards operating in Belfast is bordering on the farcical and in Unionists accepting that an Irish sea border (in live animals, plant disease, etc,) has existed between NI and GB for many years, prior to Brexit, and that the future arrangements should bring that sea border back as close as possible to its original very low profile, through radical reform of procedures and technology.  At a time of economic and political turbulence internationally, this is not an opportune time to initiate a major trade dispute.