Covid-19 Contact Tracing by Anthony Speaight QC urges ministers to ‘seize the chance to opt for a different app that protects liberty and does the job!’ On 18th June government announces will now adopt the Apple-Google design model.

As an independent and sovereign power and a trading nation, the UK has succeeded as a competitive market economy under the rule of law. The foundations for successful economic policy have been set out in the analyses of Professors Tim Congdon, Vito Tanzi and Dr Ludger Schuknecht. David B Smith’s has focused on the size of the state and levels of tax, and economists such as Roger Bootle and Patrick Minford on explaining the economic implications of leaving the EU.

Now that the UK intends to trade as an independent power and strike new trade deals globally and with the EU, its economic policy will be governed by UK laws. Politeia’s work has set out the legal framework for successful trade in goods and services with both the EU and globally, along the lines now adopted by the UK government.

Throughout the debate a corpus of  work from some of the country’s leading practising and academic lawyers, Martin Howe QC, Professor David Collins, Barnabas Reynolds and more recently, Thomas Sharpe QC and James Webber has shaped UK policy and proposed the broad approach and precise steps needed to achieve a free trade agreement with the EU, and for trade under international law in a manner consistent with an independent trade policy. More recently these writers have shown how to manage different aspects of the UK-EU ongoing negotiations and why we must resist EU demands to observe EU state aid rules, level playing field rules, and not to allow Northern Ireland to be used as a pawn in the talks, and also counter potential EU breaches of competition and subsidy rules.

Restoring constitutional sovereignty has been at the heart of Politeia’s  proposals to ensure the UK’s freedom to frame its own laws and conduct its economy and way of life in line with people’s wishes. These have played a significant role in informing the national debate to become mainstream government policy under Boris Johnson’s government. They include contributions by Martin Howe QC over a number of years with more recent contributions from Sir Richard Aikens and Dr. Thomas Grant on how to replace the rejected 2019 Withdrawal Agreement with arrangements for a future UK-EU relationship that would honour the decision to restore constitutional independence; Thomas Grant on how to conduct future discussions with the EU with the UK as a sovereign state in international law; Dr Sheila Lawlor’s analysis of the background to the Brexit impasse and how it could be resolved in line with the country’s historic precedents in which authority to govern derives from the people and it is they who should determine by whom and how they are governed.

Politeia’s Curriculum and GCSE proposals provided the foundations for the new school curriculum and GCSEs in subjects such as maths and history. They put essential knowledge at the heart of the new curriculum, and give schools and teachers freedom to teach. Other analyses in the Comparing Standards series successfully proposed teacher training reform and a re-think of Vocational Education for 16-19 year olds.

Politeia’s healthcare reform series makes three key principles central to NHS reform – greater accountability to patients, supply side competition, transparent funding. Some proposals were adopted incrementally during the reforms of the Blair years to put the patient, not the provider, in charge of NHS change. But in the past decade, funding has been increased and state power entrenched in the centralised system. Now real change is needed to put power in the hands of the patients and adopt features of systems in other countries, which succeed because they encourage a range of providers competing at every level. 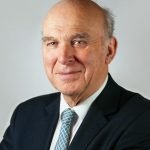 Politeia has been, in my experience, a very good forum for discussing important policy issues from first principle. 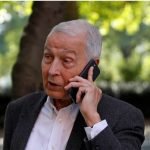 Politeia's generosity in opening up its forum to a wide range of views makes it for me a very attractive think tank. 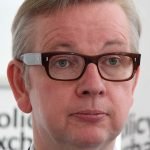 Michael Gove MPChancellor of the Duchy of Lancaster (2019-)

Politeia does a brilliant job generating the ideas our country needs to achieve noble, progressive goals

if you are an academic who wishes to contribute well-argued pieces, or are outside a university but able to contribute at an equivalent standard, please contact us via the contact page.

Alternatively, if you wish to support us financially please do so through the following button. The site will be financed only by contributors and supporters. All donations will be used to strengthen or publicise the website.