How Can We Stop the Traffic?

You might expect that a problem that had been ‘abolished’ such a long time ago would no longer trouble our society. Yet important as those achievements were, the ‘unconsenting’ are still enslaved today. The solutions to Human Trafficking must be global. This is where the Crown Prosecution Service (CPS), supported by the Foreign Office and Dept for International Development, is doing some very good work.

The recent Protection of Freedoms Act 2012, which introduced extra-territorial jurisdiction for trafficking cases, facilitates stronger action at the source of many of the problems. Cases can be prosecuted where the defendant has organised the trafficking in the UK but the victims have been trafficked anywhere in the world. This will help in tackling the most serious organised criminal networks.

Bringing traffickers to justice through effective prosecution is where my ministerial responsibility lies. In addition to the work overseas we must employ the wide range of legislation at our disposal to prosecute traffickers in the UK. The main offences of trafficking include the Sexual Offences Act 2003, Asylum and Immigration Act 2004 and the Coroners and Justice Act 2009.

All these offences attract maximum penalties of up to 14 years imprisonment on conviction and the first two are ‘life-style offences’ for the purposes of proceeds of crime, so the CPS can deprive the defendant of the financial benefit that he or she has obtained from criminal conduct through a confiscation order.

In 2011, 39 defendants were prosecuted for at least one of those offences. But compare that number to the 1,186 victims referred to the NRM in 2012, and we can see that there is work to be done to support the proper investigation of these crimes.

Whenever prosecutors consider one of the trafficking offences they will also consider a wide range of violent and sexual offences that can be charged if the evidence obtained does not support offences of trafficking (or it was not in a form that is reliable and admissible in our courts). Sometimes these other, less complex offences, often with a similar penalty – for example rape – may be able to be proved. CPS data indicates there were 148 such defendants prosecuted last year, 70% of whom were convicted.

This is why CPS and Ministry of Justice (MOJ) analysts have been asked to look in closer detail at those offenders who were not prosecuted for human trafficking, but where a charge for another offence was made to see what happened in those cases. We want to see what alternative charges were selected and learn lessons from this so that we build stronger cases in the future.

The CPS is becoming increasingly adept at securing convictions and delivering justice for victims. This will be strengthened by the DPP’s new guidelines for prosecuting cases of child sexual abuse. It will be further facilitated by the measures announced this week.

Human trafficking is a global issue. The UK takes the issue seriously and uses the international framework to properly create and apply domestic legislation. Human Trafficking is also a local issue. Horrific forms of abuse can take place entirely within our borders. A robust criminal justice response to all forms of this modern slavery is fundamental to our fight to eliminate trafficking.

We cannot operate in a vacuum, either domestically or internationally. It is crucial that our continuing aim is to ensure there are no safe havens for traffickers and that their victims are fully and properly protected. This is as important globally as it is locally.

*Oliver Heald MP QC is Solicitor General. This is an edited extract from his 2013 Politeia Address.

Sir Oliver Heald QC has been Member of Parliament for North East Hertfordshire since 1992. He served as Solicitor General between 2012 and 2014 and later as a Minister of State at the Ministry of Justice between 2016 and 2017. For Politeia he co-authored Auditing the New Deal: What Figures for the Future? (2004). 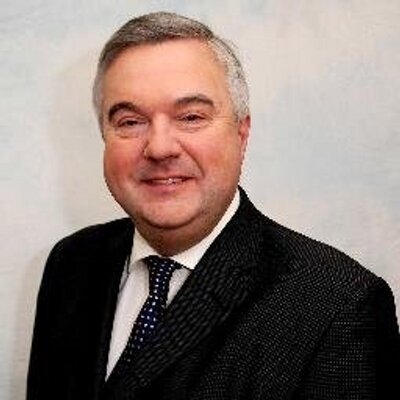 Sir Oliver Heald QC has been Member of Parliament for North East Hertfordshire since 1992. He served as Solicitor General between 2012 and 2014 and later as a Minister of State at the Ministry of Justice between 2016 and 2017. For Politeia he co-authored Auditing the New Deal: What Figures for the Future? (2004).