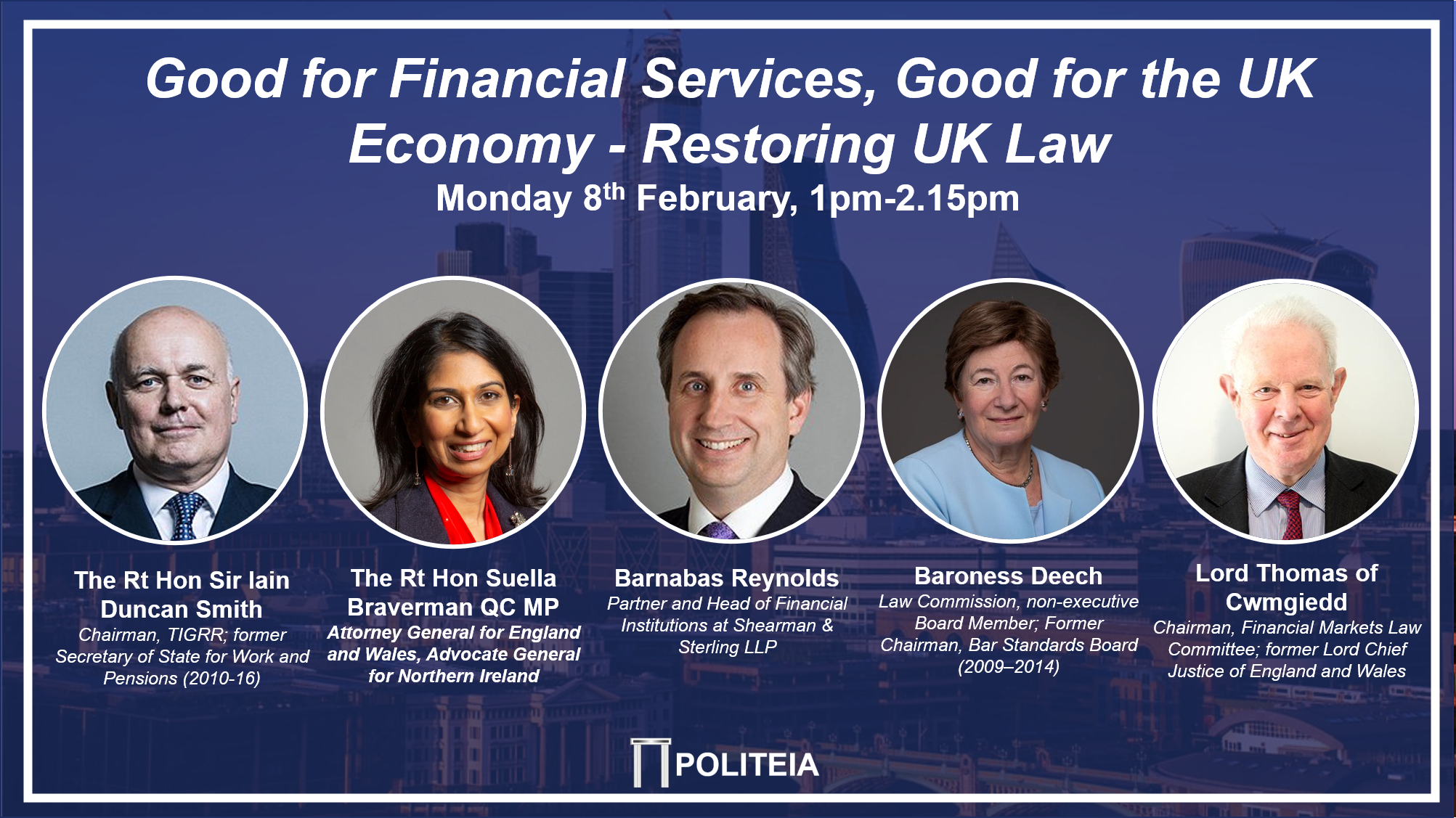 To be chaired by Dr Sheila Lawlor, Politeia’s Founder and Research Director

This year, the UK’s financial services firms have begun to trade under UK law and regulation.    Although the corpus of inherited legislation is significant, certain things are clear.  EU law differs from the common law (and Scots law) tradition of the UK in a number of ways. Each has its own tradition, and each has evolved over time from a different conceptual basis.

Ministers now face the challenge of deciding on the future legal framework for the sector, and the status that EU-inherited law and regulation should have. They will be faced with questions such as:

At Politeia’s zoom event on Monday 8th February (1pm-2.15pm) guest speakers will consider these and other matters and the broader implications for the future UK law.  The event will mark the publication of Politeia’s new analysis by Barnabas Reynolds, Restoring the UK’s Legal Framework: Freeing the UK’s Global Financial Markets