Going to War with Big Brother 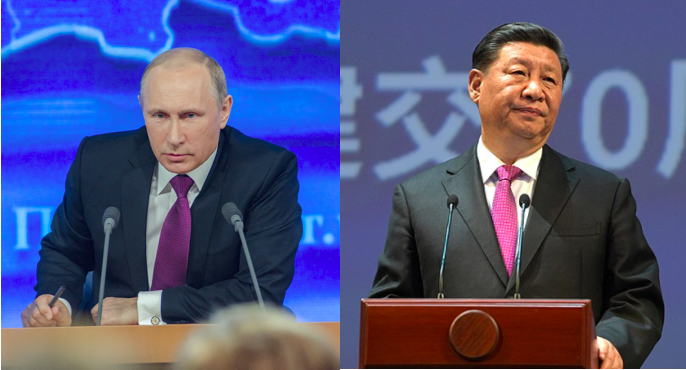 President Putin’s attack on Ukraine may turn out to be his Suez, says Harold James. This time, though, China’s Xi Jinping holds the cards.

Suez is long remembered as a critical moment in Britain’s imperial decline. It was a rash action to reclaim the Suez Canal from Colonel Gamal Abdel Nasser, conducted without any substantial prior consultation with the United States. The expectation of the British government was that the joint action with France and Israel would succeed quickly, and that the United States would be pleased with result and delighted to see Nasser fall. In fact, of course, the chaotically conducted operation sputtered, and US Secretary of State John Foster Dulles was furious: he had wanted the world’s attention focused on the illegitimate Soviet action in sending tanks into Budapest, and instead now realized that the world was being given a very different demonstration, a high-handed and botched old-style exercise in western imperialism. The United States then realized that a sterling crisis would bring Britain into line; the Chancellor of the Exchequer, Harold Macmillan, who had initially enthusiastically supported the Suez action, changed his mind on the wisdom of the British plan: he was, as Harold Wilson later sneered, “first in, first out.” Historian Diane Kunz’s definitive book on the financial side of the Suez crisis even suggests that he may have egged on the American financial attack on sterling as a way of undermining Prime Minister Anthony Eden. And then he replaced the ailing Eden as Prime Minister.

This old story, which molded British politics for at least a generation, has a great deal of relevance now. The critical relationship for a Russia struggling with its own version of imperial decline is with China. Vladimir Putin may have thought that a quick overwhelmingly powerful successful action to bring Ukraine in line and change its government would win plaudits in China. That was of course what Eden hoped to demonstrate in 1956 at Suez. Instead of a brilliant but brutal surgical strike, Russia mounted a spectacularly brutal and mismanaged war. The appalling extent of civilian casualties in Ukraine, the degradation of the Russian army, the threat of widespread nuclear contamination if not from nuclear warfare (and there is even a threat of the use of battlefield nukes) then from the reactor fire in the largest European reactor, Zaporizhzhia, caused by Russian shelling: these are all so appalling as to have turned Russia into an international pariah.

The consequence of the bungled war presents a grave test of China’s continued commitment to a close relationship. Putin and Xi Jinping proclaimed themselves to be “best friends” in 2019, and a few weeks ago at the Winter Olympics in Beijing, they announced that that friendship had “no limits.” Well, now those limits are being severely tested.

China is much more interested in a multilateral world: despite attempts to move to a “Dual Circulation strategy” after covid as a way of reducing dependence on outside supply chains, China is more dependent on world trade than ever. There is no interest in seeing an escalation of already existing trade wars. Ukraine is an important trade partner of China, and also a vital link in its engagement with Europe. Second, the Ukraine conflict has implications for Taiwan. A quick and successful Russian action leading to the reorientation of Ukraine would probably have had implications for the People’s Republic’s possibility of applying pressure on Taiwan (and limiting the capacity of the U.S. to provide an answer). But breaking up Ukraine is counterproductive for the PRC. China is utterly committed to its interpretation of the territorial integrity of states for a very particular reason: a recognition of Donetsk and Luhansk as breakaway states would imply that there would be nothing wrong with recognizing the independence of Taiwan as a breakaway state.

It is deeply frustrating for the US and for Europeans to stand by with only limited assistance to a country that is being torn apart and destroyed. But it is also clear that the threat of nuclear war means that there can be no direct military assistance, no NATO forces in Ukraine, and no no-fly zone. Washington, London, Paris, Berlin all need Beijing in dealing with Russia. The only figure who can authoritatively tell Putin that he has to stop is President Xi. Like President Eisenhower dealing with his old friends in the “Special Relationship,” Xi may find himself with the duty of telling the no limits best friend to stop.