Flawed in Law, Flawed for the UK’s Financial Sector!

As the Withdrawal Agreement is renegotiated the UK’s successful financial sector should be brought to the fore in shaping the final deal. So far the process has been made unnecessarily slow and painful by the EU’s internal workings – for the EU operates at one remove from the democratic interests.  Now, as the UK reshapes the departure plan, the forgotten financial sector must be properly addressed. The final effort will be worth it provided both parties are clear about what each wants, and provided democratic interests prevail.

So far, the EU’s wishes have been addressed almost entirely to the exclusion of the UK’s, leading to Parliament’s unequivocal rejection of the proposed Agreement.

The services sector, key to the UK and representing 80% of its economy, is dealt with only through warm words in November’s side-by-side Political Declaration. There is a binding backstop customs union arrangement for goods, with no exit clause. And the arrangements currently involve very significant impingements on UK sovereignty and competitiveness. The Government has said this is not the intended end result, but it shapes that result, reflecting EU interests. As it stands the Agreement is unexecutable. And were the current proposals to go through, they would be legally binding.

The competitiveness restrictions are the most insidious and most in need of amendment, urgently, for the future of the UK’s financial services.

Provisions to apply EU state aid law during the transition and under the Northern Ireland backstop are inconsistent with any normal financial services trade arrangement into which the EU enters. Given their original purpose was to serve a customs union for goods, which is not now needed or desired, they should not be adopted as now proposed in an unprecedented and one-sided manner.

The extent, scope and application of these laws are to be determined solely by the EU. They would allow the EU to control the UK’s tax and other policy levers across its whole economy, permitting the Commission to intervene if it perceives the UK to be creating incentives it does not approve. No such level playing field is to be provided for on the EU side, and in any event there is no logic or fairness to accepting such provisions in anything like their current form.

The Agreement also requires the UK to apply EU standards on social policy and its rules on the environment across the whole economy. For services, the social standards may well become unsuitable longer term. The ill-tailored environmental rules for UK circumstances merely drive higher UK energy costs. These are not required in the EU’s financial trade arrangements elsewhere.

The logic behind the deal is sparse. Its restrictions are one-sided versions of the intra-EU arrangements for member states. Instead of covering UK-EU trade, they seek to fetter the entire UK economy, including domestic and rest of world business, but without any of the shared sovereignty that underpins the set-up within the EU.

Now, there is all to play for.

The  UK should propose that, to be acceptable, the deal must cover services, especially financial services. In principle this has already been accepted, so achieving it should be relatively quick and easy. In the Political Declaration both parties state their wishes for a wide-ranging deal that includes mutual recognition for services and enhanced equivalence for the financial sector. This intention now needs to be reflected properly in the Agreement itself.

Moving straight away to enhanced equivalence for the financial sector would overcome two other problems for financial services in the present proposals. First, a transitional period, which would expose UK taxpayers to unquantifiable and unacceptable risk during this lengthy and extendable period by splitting the control of financial laws from the supervisors administering those laws. We know from the 2007/8 crisis that this is explosively dangerous. Secondly, there is a lack of clarity and certainty about the precise end arrangements, leaving the EU able to continue leveraging that uncertainty to try to pick off UK business. It is hard to see any benefit to the UK in accepting that.

Both of these issues can be fixed by immediate implementation of a financial services deal based on the  EU’s existing arrangements for trade with so-called “third” countries – as the UK will be after Brexit. Under these arrangements, businesses operating under equivalent third country laws can provide services and sell products cross-border into the EU without being regulated or supervised within the EU. Indeed, since the UK is adopting EU law upon Brexit, the reverse will also be true. The laws are equivalent so long as they achieve the same objective high level outcomes. Such an arrangement avoids highly expensive, unnecessary, duplicative regulation, to the advantage of both parties.

Wide-ranging equivalence arrangements are already in operation by the EU facing numerous countries around the world, including the US, Singapore and Mexico. With a few relatively minor enhancements they can be made to enable UK-based financial firms to avoid adjusting their business models to service EU27 customers after Brexit. This would be to the most benefit for EU27 customers since any additional cost from such adjustments would be foisted on those customers, without any benefits in terms of service.

The EU and UK have already agreed in the Political Declaration to apply and enhance equivalence, reflecting the UK Government’s White Paper proposals and the thinking I set out in detailed legislative text in July 2017. The precise breadth and scope of these arrangements is to be decided during the transitional period. But allowing such delay would bring with it untoward risk. There is no reason for the scope of Enhanced Equivalence not to be agreed now, reflecting the arrangements the UK and EU currently benefit from. The arrangements would be two-way and safe. They would leave each party with the levers necessary to shut down access in sectors where the other party has materially diverged from the objective high level standards that underpin the set-up. This would be unlikely but the protections are there.

These arrangements, implemented now, would resolve the sovereignty aspect of the Agreement. They come with no restrictions in the form of state aid, social or environmental standards or otherwise. They therefore would be a sensible foundation for a true, sovereign-to-sovereign, relationship and respect the Referendum result.

Enhanced Equivalence, applied properly, would ensure EU customers continue to benefit from the cheapest possible access to financial services and products in the European timezones. It would allow them to maximise their ability to save, invest and plan their financial future.  We should not forget that the Eurozone desperately needs the UK to continue its treatment of member state government bonds as sovereign for regulatory purposes, in defiance of international regulatory standards and avoiding crippling costs. Otherwise those member states would have huge difficulty raising further capital as needed sites. And otherwise it is likely to mean their local banks would find themselves with limited ability to trade into the global financial markets. Enhanced Equivalence would enable the UK to permit a continuation of precisely the treatment the eurozone wishes for, since the UK would have other levers to offset any dangerous fluctuations in eurozone risk when these arise.

Indeed, events have already started to move rapidly in the right direction. The EU has recently indicated it will make unilateral declarations of equivalence for clearing houses and depositories, allowing for EU citizens to use UK financial infrastructure after Brexit. More declarations are likely to be forthcoming in order to preserve the competitiveness of continental EU financial institutions and to avoid crippling costs within the EU27.

Now is the time for the UK to make a self-confident proposal to the EU of what would work to meet both parties’ interests. This would be for an offer that is fair and does not sell the UK short. Anything other than that would rightly fail to be approved by Parliament, wasting time and energy. It would also prolong the uncertainty to the detriment of all. 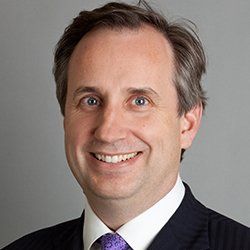