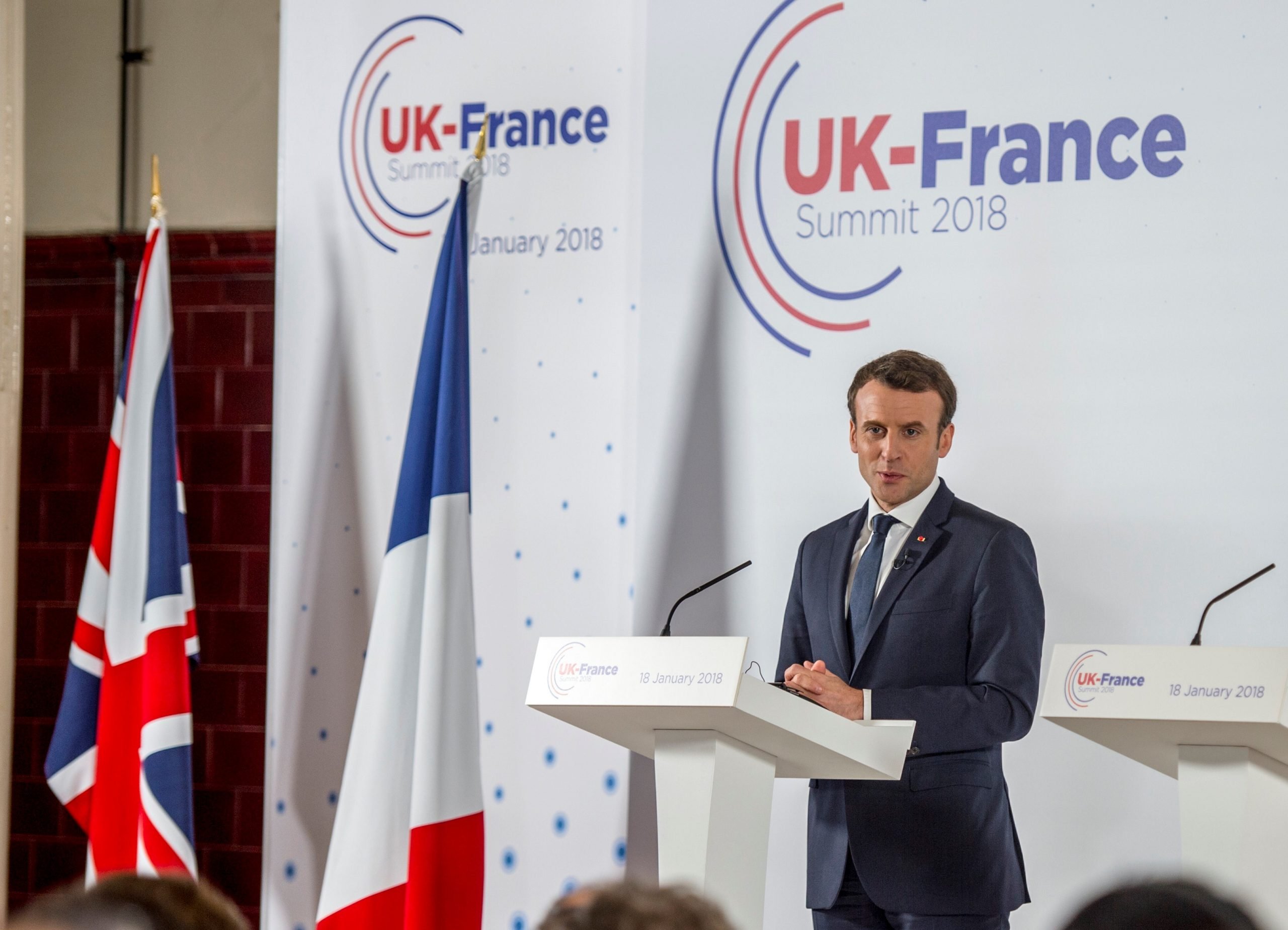 In the excitement/misery of leaving the EU at the end of January many overlooked a touching note from President Emmanuel Macron to the British people. It was a ‘love letter’, of sorts. A mixture of déclaration d’amour and regretful confession. It bore the hallmark of a belated note from the jilted to the jilter, warm in parts but suffused with a peevish undertone.

Of course this is not the first Brexit love-letter to Britons; a year ago German leaders sent one that was – paradoxically – funny and heartfelt. At the time Macron’s favours went in a different direction with his dour love-letter to Europeans decrying Brexit, praising the European Union’s virtues and indicating how he could revitalise a post-Brexit Europe. But that was prior to 12th December 2019.

After three and a half years of condescension, lesson-giving and veiled threats, Britons are unused to being the object of courtly love. But Macron’s billet doux is about much more than Brexit. Brexit is the catalyst for a deeper concern that Britain is embarking on a global strategy that could see her loosen her continental commitment to Europe – especially military – as she has done in the past. Macron knows his history and his geopolitics. A century of historical continuity has seen a vulnerable France invariably seeking a British military and security peace-time alliance to protect her vital interests and project her power. For all his pro-European sentiment, the French President knows that a common European foreign and security policy will not see the light of day during his presidency, even if he wins a second term. That is why his pledge on 7th February to put French nuclear weapons at the service of the EU – which has no defence policy – is mere window-dressing for his bid to lead European reform. With NATO, in his words, ‘brain-dead’ and Germany militarily impotent, his only serious security and diplomatic hope is Britain. As Macron reminded the French War College audience last week, since 1995, France and Britain, Europe’s only nuclear powers, have clearly affirmed that neither state could envisage a situation in which the vital interests of one be threatened without those of the other also being threatened. What Macron now wants post Brexit is a bilateral deal with London on foreign and security policy that builds on the 2010 Lancaster House agreements whose daily cooperation on military nuclear matters is, in Macron’s words, ‘unprecedented’, not to mention other defence areas. His love-letter says so unequivocally: ‘Ten years on from the Lancaster House Agreement, we must deepen our defence, security and intelligence cooperation’.

So what is the nature of France’s historic quest for a permanent foreign and security alliance with Britain? It starts nine years before Macron’s English great grandfather set foot on French soil in the Great War. After the 1904 Entente Cordiale – a mere political arrangement to settle longstanding Franco-British colonial frictions – British and French political leaders agreed in 1905 to secret military talks between their respective general staffs, about which few members of Cabinet were informed. It planned in peace-time for Franco-British military collaboration in war. In August 1914 the military pact was operationalized and sealed by a full political alliance in September for the war’s duration. The 1905 Anglo-French military pact became henceforth, in French eyes, the gold standard for a peace-time alliance.

Following the Great War and for the whole interwar period France’s primary foreign policy aim was to replicate the 1905 agreements. But Britain wished to return to a more global outlook and constantly rejected French advances. It was only with the outbreak of war again in 1939 that Britain acceded to a military alliance with France. In the post-Second World war era France again sought a peace-time Franco-British military alliance. She partly obtained satisfaction with the 1947 Dunkirk and 1948 Brussels treaties with her security eventually being guaranteed from 1949 by NATO. But Paris remained sensitive to Britain slipping away towards the wider world and succumbing in particular to the Transatlantic pull. When in 1956 Britain humiliatingly abandoned the joint Franco-British Suez expedition under American pressure, France finally decided to risk throwing in her lot with European integration. And because by 1961 Britain was herself knocking at Europe’s door France’s fear of Britain forsaking, in General de Gaulle’s words, ‘the continent for the open sea’, was soothed.

Throughout the twentieth century the French fear that dared not speak its name was Germany. It still bubbles under the surface. As French President Georges Pompidou warned in 1973 when German Ostpolitik appeared to premise German reunification on conditions inimical to France: ‘The Germans must act tactfully, for one does not have to scratch too far for the French once more to uncover an old aversion.’ But that fear, in the medium term, is no longer military. The French-led European project has done what it set out to do and sapped German military power and sovereignty. Yet it has been too successful, for in the process Germany has become a military eunuch. She cannot and will not assist France militarily abroad, much to Paris’s frustration, most recently in Africa. Only Britain offers that potential.

And so to Macron’s love letter and its references to historic Franco-British solidarity: ‘Dear British friends, you are leaving the European Union but you are not leaving Europe. Nor are you becoming detached from France or the friendship of its people. The Channel has never managed to separate our destinies; Brexit will not do so, either.’ In June he will be in London for the 80th anniversary of General de Gaulle’s 18th June Appeal to the French people to resist Vichy France and where the French President will award London the Legion of Honour in thanks. In November he will celebrate the tenth anniversary of the Lancaster House agreements. Macron’s love-letter is only the beginning of the charm offensive to resurrect the peace-time military alliance that has so long evaded France’s political leaders.