‘Dumbing Down the Law: The SRA Proposals for Legal Training’, by Anthony Bradney 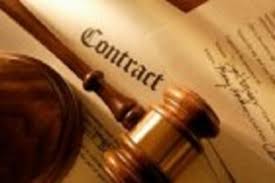 By Professor Anthony Bradney, in response to the Solicitors Regulatory Authority.

PDF: Dumbing Down the Law

Britain’s legal services attract business from across the world. Not only is the UK’s legal system seen to be fair, effective and reliable. But the legal profession’s knowledge, professionalism and quality of work guarantees the high standards under which the law operates. Indeed, as Politeia’s new study by Anthony Bradney explains, evidence commissioned in 2013 by the Solicitors Regulation Authority, concluded that the present system for qualifying to become a solicitor worked well.

However, Professor Bradney warns in Dumbing Down the Law – The SRA Proposals for Legal Training, all this might now be the victim of arbitrary change.

He explains that the SRA now intends radically to alter the process for becoming a solicitor. It wants a single ‘Solicitor Qualifying Exam’ (SQE) to replace the tried and tested arrangements that work so well today. Instead of the emphasis on candidates mastering (and being examined on) the academic knowledge of the law, with a practical training course and test to qualify, the plan is for a fudged ‘one size fits all’ approach.

A ‘Competence Statement’ of skills would be instituted against which all candidates would be tested  and the current and  rigorous testing of knowledge of the law would be submerged into the new process, assessed merely through centrally  set ‘objective tests’, marked by computer.  There would be no regulation of  the courses, if any, a student attended.  Passing the test would  be supposed in itself  to show competence.

Already many practising lawyers in UK law firms, as well as academic lawyers, have warned that this is the wrong approach.  They rightly warn that no credible evidence to support  the supposed  need for fundamental change has been produced. They also explain that the new test, with its attendant costs, will put new barriers to entry into the profession without in any way improving the education of those wishing to qualify as solicitors. And by lowering the academic requirements, the profession’s international competitiveness will suffer.

As Professor Bradney concludes, such a change would bring ‘many risks and no advantages’.

Commenting on the proposals, Professor Peter Crisp, Dean BPP University’s Law School, which is the exclusive provider of post-graduate training for the future trainees of over 50 leading law firms, warns:

‘These proposals if implemented will seriously damage this country’s legal profession’s international standing. All our major competitor jurisdictions require their lawyers to be educated to at least Masters’ level. Assessing competence to practice at a lower level threatens the standing, quality and reputation of the solicitors’ profession. Given than most professions including nursing, teaching … the police are now graduate-entry professions, the SRA’s proposals lack credibly and will undermine public confidence in the legal profession.’

Enquiries:
To the author, Professor Anthony Bradney, a.bradney@keele.ac.uk
or Jocky McLean, who leads the legal programme at Politeia, telephone 02077995035 or jocky.mclean@politeia.co.uk

Anthony Bradney is a Professor of Law at Keele University, prior to which he was Professor of Law at the University of Sheffield. He is also a Senior Research Fellow at the Institute of Advanced Legal Studies, University of London. His main research interests are in the fields of law and religion, legal pluralism, university legal education and judicial studies. His publications include Choices and Chances: The Liberal Law School in the Twenty-first Century (2003) and for Politeia he was author of Dumbing Down the Law: The SRA’s Proposals for Legal Training (2016).