Democracy and Self-Government – Crucial for a Brexit Trade Deal

My maiden speech in Parliament was on housing – the topic most consistently raised at a legal advice service I offered for people in Southampton as the Labour candidate for Southampton Test before the 1974 election.

The speech went well, to the extent that it provoked interventions from our own front bench, who contested what I had to say. But Norman Buchan, the Member for Paisley South, who was in the Chamber (and was to become a good friend) told colleagues that they must ‘listen to Bryan Gould on the subject of sovereignty’.

I learned a further lesson from that episode. While I may have been reasonably comfortable with the term ‘sovereignty’, for many of my colleagues it meant little. It had a fusty tone to it; it seemed more suited to the nineteenth century and the works of A.V. Dicey and Walter Bagehot, than to the exigencies of the modern day.

From then on, I explored the issue in terms of democracy and self-government, concepts my colleagues could understand and embrace. If even the newest country or former colony sought these things, how could they be so quickly dismissed by the British, with their long history, as being of no account? And for the left, democracy and self-government fitted in easily as essential elements in a socialist programme.

As the Brexit process works its way to a conclusion, these elements remain at the heart of what might constitute a solution. It seems likely that – as an outcome of the May/Corbyn talks – there will be considerable interest in an arrangement that would see the UK remain as part of a customs union. That would inevitably mean accepting several elements of the single market. Many might hope that this would avoid some of the complexities of an Irish backstop or of an extended transition period, and that it might point the way to the longer-term trading arrangement which would benefit all parties.

But such a proposition would immediately raise for the British issues of democracy and self-government – or, to put it in another way, of governance and sovereignty. If the exit process produced a clean break those issues would not directly arise; the UK would then be in the same position as any other sovereign country, free to negotiate trade deals with the EU and to walk away from them if they were not satisfactory.

Yes, a trade agreement, like a contract voluntarily entered into by a private individual, commits the parties to a certain course of action. To that extent it closes off some options for the duration of the contract – but this is very different from entrusting to another party the ongoing power to decide for the UK what obligations might or might not be undertaken in the future.

If a significant loss to democracy and self-government is to be avoided, on the basis of what is apparently now being considered, some concept of “fair governance” or pooled sovereignty must be jointly adopted by the EU and the UK. What are the chances of that being agreed?

There is little evidence that the EU will be ready to see any derogation from its usual rules about who has the power to regulate and decide tariff levels, permissible state aids and so on. It is unlikely that the EU would re-vamp the Treaties to allow the UK – in principle no longer a member – an equal voice with the 27 ongoing member states. The UK would therefore struggle to have any significant influence over matters decided by the other twenty seven.

A further complicating factor is that the euro-zone is moving towards becoming one economic entity which will vote and decide such matters with a single voice. Given the fact that the EU’s governance gives each Eurozone state votes and voice, any divergence of view or interest between those states and the UK acting on its own could not easily be resolved.

Would that matter? Yes, for without governance rights a British government would lose control over many of the most important factors governing British trade and economic development. This loss would extend further than the obvious consequences.

In respect of fixing tariffs, for example, it would not just be a matter of fixing (or raising) tariffs to keep out non-EU competition. A British government would also be denied the power to reduce tariffs to encourage the import of essential non-EU goods, such as medicines, construction materials and other products that might benefit investment in British industry.

As a result, if a solution to the present impasse is to involve UK ‘membership’ of the customs union and elements of the single market, it must depend on the readiness of the EU to embrace some entirely new mechanism to achieve “fair governance” or pooled sovereignty, to prevent the UK from being unfairly prejudiced by significant decisions over which, in practice, it would have no say.

Without a fair say, its so-called membership of a customs union would restrict UK interests and suppress UK growth and opportunities – not magnify or provide attractive opportunities for trade.

It remains to be seen whether the EU is prepared to accept fair governance as a possibility for the sake of avoiding a ‘no deal’ exit. Without some assurance on this, the proposed solution should be rejected. 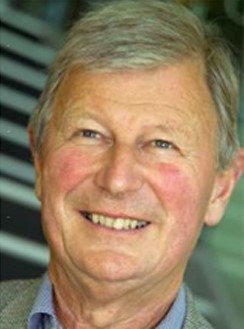