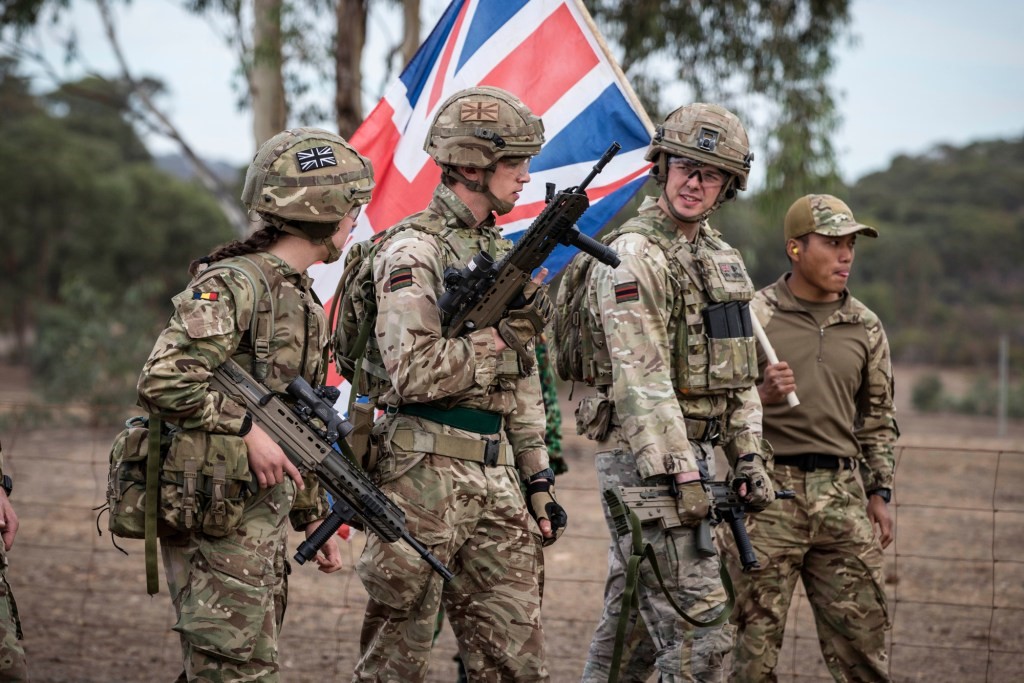 As the world’s security risks increase and the UK maps out its own defence future, many people wonder what role the UK will now play in an ever-changing world? Here John Baron reviews the options. As one of the world’s largest and most dynamic economies, a permanent member of the UN Security Council, a nuclear power and a major player in NATO with one of the world’s most capable militaries, there is, he explains, much to be optimistic about post-Brexit.

Having bitterly opposed the Coalition Government’s defence reforms, which saw our Armed Forces’ numbers and capabilities reduce, as well as the disbandment of sustainable units such as 2nd Battalion, The Royal Regiment of Fusiliers, I welcomed the Government’s announcement in November last year of the largest boost to our defence budget since the Cold War. This delivers and surpasses Conservative manifesto pledges to exceed the NATO spending commitment of 2 per cent of GDP by providing an extra £16.5 billion in funding above our 2019 promise.

In the same month a further boost for British defence came in the form of President Biden’s election. In marked contrast to his predecessor, Mr Biden has a demonstrably strong commitment to NATO and has no qualms about making this point loudly and vocally. He also shares the more traditional instincts of an American president as regards relations with Russia, which should give reassurance and comfort to all those under the NATO umbrella – and pause for thought to any country tempted to cause problems for any member of the North Atlantic Alliance.

Britain finds itself in a strong position with this new US administration. Though there may be some lingering awkwardness between the Prime Minister and the President, it has not taken long for the instinctive and natural closeness between the US and UK positions to emerge. Committed to maintaining a strong China policy, the incoming US administration was clearly dismayed when the EU signed up to deeper trade relations with Beijing. Faced with the shortcomings of its vaccine procurement programme, the EU is going down the road of vaccine nationalism by giving itself the ability to block vaccine exports. As part of this, the EU played with fire by announcing its intention to erect a hard border on the island of Ireland, an issue President Biden has expressed a strong personal interest.

The groundwork is clearly there for a continuation in the close relationship between Britain and the US, which may even deepen given the UK’s intentions to launch the ‘D10’, an alliance of the world’s leading democratic powers against the rising star of the authoritarian powers, especially China and Russia. Further afield, there is a growing trade and defence relationship between the UK and Japan, echoing the 1902 alliance between the two countries, which as proud island nations alongside powerful mainland nations, see an element of themselves in each other.

One other key defence relationship will be with the EU. The departure of the UK, one of the EU’s two serious military powers, its largest defence budget and its capabilities accounting for 20 per cent of the EU’s force catalogue, will be profound on the EU’s defence policies and posture. The UK is no longer part of the EU’s Common Defence and Security Policy, but a loss of defence capabilities goes hand-in-hand with a departure of the country most ill at ease with the concept of EU defence – the UK always regarding NATO as the true cornerstone of European defence and security.

In the EU there is certainly a growing ambition to realise the Maastricht Treaty’s long-term ambition of a ‘Common European Defence’. In 2018, Urusula von der Leyen, then German Defence Secretary, and now Commission President stated

‘a European Army is a vision that might become a reality in generations to come. What we see today, and what we already achieved, is the first concrete steps on this way. By giving birth to the European Defence Union, we have started to build what I like to call the “Army of the Europeans”’.

These sentiments have led some to air concerns that Britain may, unwittingly and unwillingly, be drawn into such an initiative. Yet these concerns should not be taken too seriously. It is notable that the UK-EU Trade and Cooperation Agreement does not include formal foreign and defence policy cooperation or coordination, and that therefore as far as the EU is concerned Britain is a third country like any other. The UK also decided against signing up to the EU’s Permanent Structured Cooperation (PESCO) in 2017, a decision reiterated by the Defence Secretary in December 2020, and is consequently not a participant in this programme.

What about the other areas of concern – participation in EU military operations or on other cooperation or research?

Whilst it is true that the UK could negotiate its participation in EU military operations, should it consider this in the national interest, that would require a third-party framework agreement between the UK and EU, which currently does not exist. Moreover, as a third country the UK would not have any say in the decision-making or direction of EU operations to which it was contributing. Given this lack of influence, it is difficult to envisage a situation whereby the British Government would consider committing the capabilities of Europe’s most powerful armed forces into EU military operations.

The situation is similar in other aspects of UK/EU cooperation. Outside the EU it is hard to participate in the European Defence Fund (EDF), announced in June 2018, not least because full participation is limited to non-EU members of the European Economic Area – of which the UK is not a member, nor does it aspire to be. However, there is the possibility that subsidiaries of UK defence companies based in the EU could contribute to projects financed by the EDF, but this would require extensive and probably onerous negotiations, and these subsidiaries would also be ineligible for funding from the EU. Likewise, the UK will provide no funding to the EDF.

The ‘Horizon Europe’ initiative also arouses negative comment. However, once again concerns tend to be overstated. This is a civilian research initiative, though as similarly announced in June 2018 there is the possibility of its working closely with the EDF to avoid duplication of effort when projects could have both civilian and military applications. It is quite clear that Horizon Europe and the EDF are independent of one another, and participation in one does not mean participation in the other. It is therefore hard to argue that participation in Horizon Europe is a back door into the EDF (or vice versa).

As regards criticisms that British industry could be adversely affected by EU defence procurement, the Government has addressed this by incorporating almost wholesale the text of Article 346 of the Treaty on the European Union into UK retained EU law. This ensures that the Defence and Security Public Contracts Regulations 2011 can be disapplied to some procurement contracts to protect the UK’s national interests – in much the same way that elements of the WTO Government Procurement Agreement allow a party to take any action it considers necessary for ‘the protection of its essential security interests relating to the procurement of arms, ammunition or war materials, or to procurement indispensable for national security of for national defence purposes’.

As with so many aspects of our departure from the European Union, it is not possible to be certain how the UK/EU defence relationship will unfold in the coming decades – just as there are no certainties as to future health of the UK/US relationship. For the foreseeable future, however, the UK will remain one of the world’s largest and most dynamic economies, a permanent member of the UN Security Council, a nuclear power and a major player in NATO with one of the world’s most capable militaries. These are good grounds for optimism on many fronts.