Judge Gorsuch is a longstanding proponent of the view that the Constitution must be interpreted according to its text as it was understood by those with authority to enact it. In his words: ‘Ours is the job of interpreting the Constitution. And that document isn’t some inkblot on which litigants may project their hopes and dreams for a new and perfected tort law, but a carefully drafted text judges are charged with applying according to its original public meaning.’ (Cordova v. City of Albuquerque (2016)). That sometimes leads to conservative results, but not always. As one liberal law professor wrote: ‘He is way too conservative for my taste, but his decisions are largely principled and fair from his originalist’s view of constitutional interpretation. . . . That approach can result in decisions that don’t reliably fall into any one place on the liberal-to-conservative spectrum.’

If the Constitution, fairly interpreted, does not speak to an issue, Judge Gorsuch leaves it to the political process. As he wrote in tribute to his mentor Justice Byron White, we should have ‘confidence in the people’s elected representatives, rather than the unelected judiciary, to experiment and solve society’s problems, so long as the procedures used were fair and the opportunity to participate was open to all.’

For example (and like Justice Scalia), this approach often leads him to rule in favor of criminal defendants based on the original meaning of constitutional trial guarantees or a narrow textual reading of criminal statutes. One example is United States v. Carloss (2016). In that case, he dissented from a decision holding that police may disregard a property owner’s ‘No Trespassing’ signs. Gorsuch responded to the government’s concern that a contrary ruling would make the ‘job of ferreting out crime . . . marginally more difficult’ with the pungent riposte: ‘[Obedience to the Fourth Amendment always bears that cost and surely brings with it other benefits. Neither, of course, is it our job to weigh those costs and benefits but to apply the Amendment according to its terms and in light of its historical meaning.’ In many more cases, Judge Gorsuch has voted to affirm convictions. His overall record in criminal cases is neither pro-prosecution or pro-defendant, but simply obedient to the law.

There is no reason to think that Judge Gorsuch regards the death penalty as unconstitutional. Perhaps that is because it is not…

… Executive Power
Tenth Circuit judges do not have many opportunities to rule on the scope of executive power, but arguably this will be the most prominent Supreme Court issue of the coming decade. Not only will there be high-profile contests involving the ever-controversial President Donald Trump, but there will be even more cases involving the ever-increasing authority of bureaucratic agencies to govern our lives without congressional say-so or real democratic accountability.

As it happens, Neil Gorsuch has addressed this question, albeit obliquely. An alien, Hugo Rosario Gutierrez-Brizuela, applied to the immigration authorities for a change in immigration status. The executive branch, however, had changed its mind about how to handle this class of aliens, and applied its new-found ideas retroactively to Mr. Gutierrez-Brizeula. The court rejected the government’s position for technical reasons. Judge Gorsuch filed a separate concurring opinion. Rather than characterize it, I will quote a passage from the opinion. I believe it tells us all we need to know about what kind of Justice my former colleague will be:

[T]he founders considered the separation of powers a vital guard against governmental encroachment on the people’s liberties, including all those later enumerated in the Bill of Rights. What would happen, for example, if the political majorities who run the legislative and executive branches could decide cases and controversies over past facts? They might be tempted to bend existing laws, to reinterpret and apply them retroactively in novel ways and without advance notice. Effectively leaving parties who cannot alter their past conduct to the mercy of majoritarian politics and risking the possibility that unpopular groups might be singled out for this sort of mistreatment — and raising along the way, too, grave due process (fair notice) and equal protection problems. Conversely, what would happen if politically unresponsive and life-tenured judges were permitted to decide policy questions for the future or try to execute those policies? The very idea of self-government would soon be at risk of withering to the point of pointlessness. It was to avoid dangers like these, dangers the founders had studied and seen realized in their own time, that they pursued the separation of powers. A government of diffused powers, they knew, is a government less capable of invading the liberties of the people.

In times like these, we need judges who are neither toadies nor resisters. We need judges who take their bearings from the Constitution, and not from party loyalties. In Neil Gorsuch, we have such a judge.

*This blog is an extract from a longer essay published by the Hoover Institution Journal and can be read here.

Michael McConnell is the Richard and Frances Malley Professor of Law and Director of the Constitutional Law Centre at Stanford University. Between 2002 and 2009, he served as a Circuit Judge on the United States Court of Appeals. 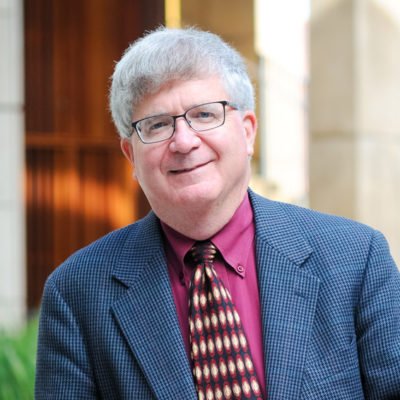 Michael McConnell is the Richard and Frances Malley Professor of Law and Director of the Constitutional Law Centre at Stanford University. Between 2002 and 2009, he served as a Circuit Judge on the United States Court of Appeals.