‘Britain’s Taxable Capacity: Has it Reached the Upper Limit?’ 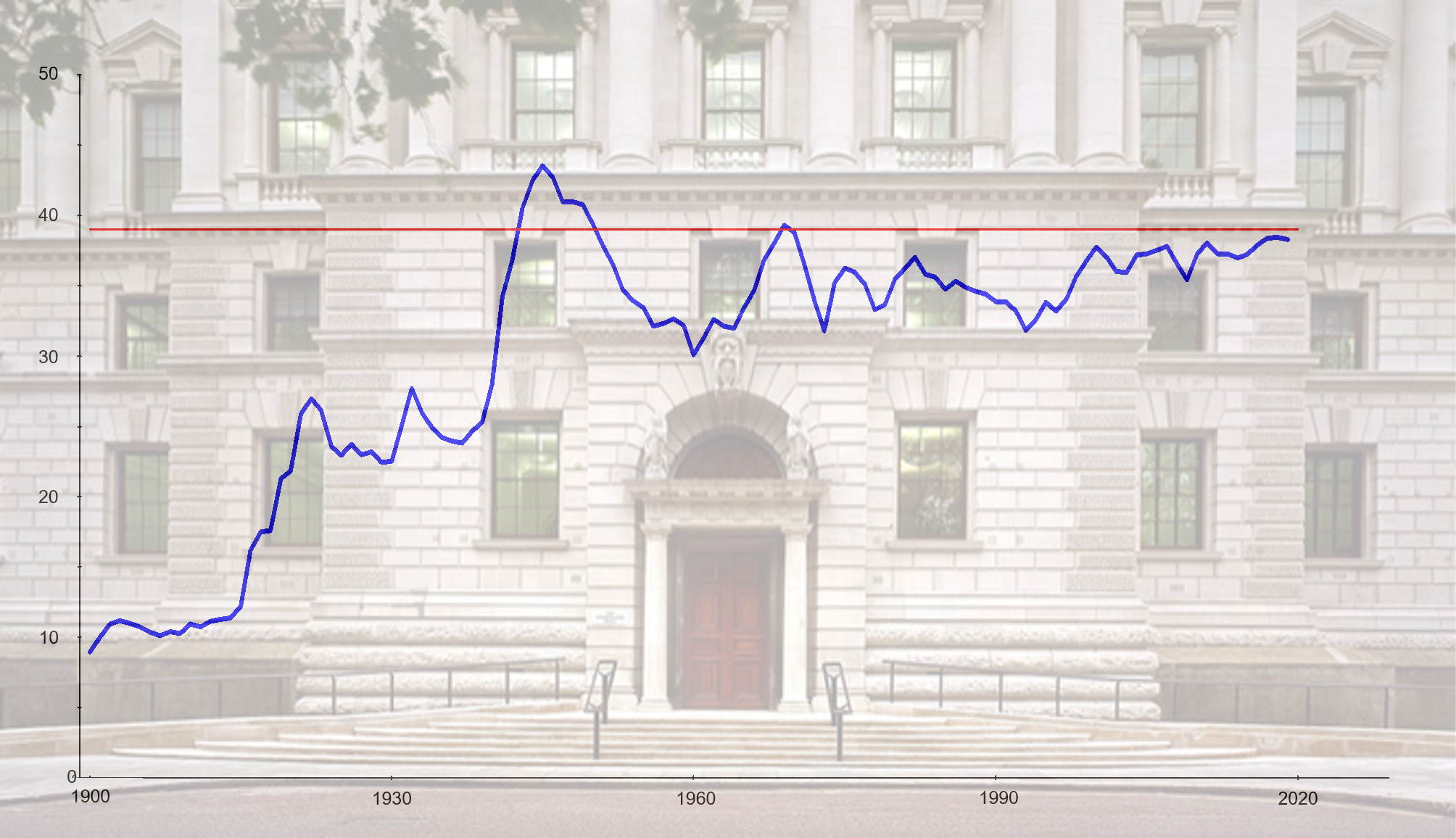 Ahead of Wednesday’s Spending Review, Rishi Sunak is today warned that failure to control public spending risks permanent economic stagnation – and that any attempt by the Government to tax its way out of the Covid-19 crisis ‘would massively backfire economically’.

The warning to the Chancellor comes from the macroeconomic modeller and economic forecaster David B. Smith, whose latest economic analysis is published today by Politeia in the paper Britain’s Taxable Capacity: Has it Reached the Upper Limit?

Using well over a century’s historic annual figures up to 2019 and quarterly data up to the third quarter of 2020, Smith has considered the upper limit to UK taxable capacity – an important concept because it defines the upper limit of sustainable government expenditure.

‘Even before the Covid-19 crisis, the UK government spending to GDP ratio was high by historic standards, especially given the tight labour market and other signs that the economy was operating above capacity, such as the balance of payments deficit. Furthermore, the tax burden already appeared to be close to the upper limit of historic sustainability before the current pandemic.

‘The concern now is that the recent UK growth trend of around 1½ per cent each year will collapse to zero, or remain negative, even after the Covid-19 crisis has burned itself out. This would have horrendous implications for social and political stability, as well as the public accounts and the wider economy.’

He goes on to conclude:

‘The UK’s public finances were an accident waiting to happen well before the iceberg Covid-19 ripped the side off Britain’s fiscal ship of state.

‘It is hard to be positive about the nation’s longer term fiscal and economic prospects given the current approach and the Conservatives’ unwillingness to forewarn the populace about the longer term consequences of “spend, spend, spend”. Possibly, the best one can do is emphasise that any attempt by the government to tax its way out would massively backfire economically and worsen the public finances, not improve them.

‘Enhanced fiscal parsimony – accompanied by politically “brave” rhetoric to explain the fiscal facts of life to voters – will be required if the UK is not to become a permanently stagnant, and low- or negative-growth economy.’

1. Established in 1995, Politeia is an independent, non-partisan think-tank providing a forum to discuss economic, constitutional and social policy with a particular focus on the role of the state in people’s lives.

2. Britain’s Taxable Capacity: Has it Reached the Upper Limit? by David B. Smith will be published by Politeia on Monday 23rd November. A pdf of the publication is available here. An online launch event will be held on Tuesday 1st December at 1pm for which you can register here.

3. David B. Smith is by background a City economist who worked as a macroeconomic modeller and economic forecaster, predominantly in banks (including the Bank of England) and security houses (1968-2006). He was subsequently a Visiting Professor in Economic and Business Forecasting at Derby Business School, chaired the IEA’s Shadow Monetary Policy Committee (2003-2014) and was the Chief Economist working on the TaxPayers’ Alliance 2020 Tax Commission report published in 2012. He maintains his own macroeconomic forecasting model at Beacon Economic Forecasting. His recent Politeia publications include Banking on Recovery: Towards an accountable, stable financial sector (as co-author, 2016) and The UK Government Spending Ratio: Back to the 1930s? (2015).