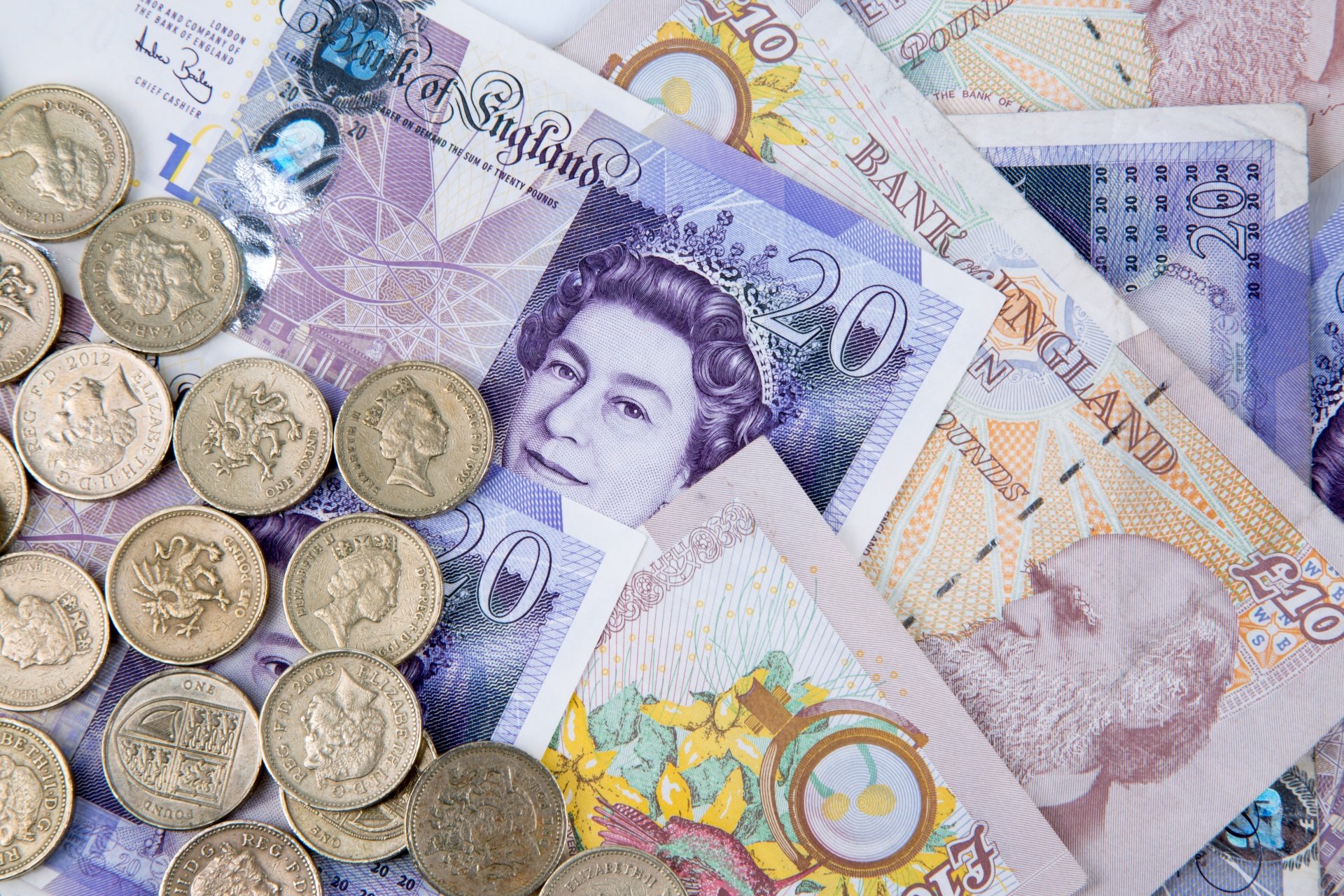 In old-fashioned Northern English, a ‘tram smash’ describes a spectacular catastrophe. Anyone who has seen pictures of a collision between two double-decker, wooden Edwardian trams will appreciate the force of this metaphor. Unfortunately, the UK now seems to be heading for the biggest fiscal tram smash in its peacetime history and, arguably, in the modern era. Politicians have employed wartime analogies in their attempts to tackle the covid-19 virus. However, while wars may be expensive, their costs also tend to be naturally self-limiting. Defeated powers generally default, often implicitly through high inflation, while victors reduce their military expenditure on goods and services and boost their supply capacity by releasing prime age workers from military service.

Wartime Analogies – of Limited Relevance
Clearly, many of the expenditures associated with the current emergency will tend to fade once the immediate medical crisis is over. However, it would be prudent to be cautious about this. Reducing the costs of the furlough scheme from this October onwards will bring little benefit to the public finances if the same people simply end up claiming unemployment benefit, for example.

Another major political-economy consideration is that the British government has encouraged the population to believe that it has near infinite resources so that the “state has become that great fiction where everybody believes that they can live at the expense of everybody else”. Breaking the delusions that: 1) the state has resources of its own, rather than those it takes from the citizenry, and 2) can tax itself so that GDP (which includes government) is a valid measure of the tax base, will require statecraft of an extremely high order.

Unfortunately, there is little evidence that the present government and its MPs have the requisite moral fibre. Instead, they seem to prefer acting as Father Christmas, by writing huge post-dated cheques on the bank accounts of current and future generations of taxpayers.

It is also worth noting that the state was absorbing a far smaller share of national output at the start of both the world wars of the twentieth century. This meant that there was more scope to expand spending than there is today. In 1914, for example, total general government expenditure was significantly under 15 per cent of national output when measured using the historically consistent factor cost measure of GDP, while it was only just over 30% in 1938, compared with around 44.3 per cent on the same measure last year.

An additional worry is that the Johnson government committed itself to substantial increases in government spending in the 11th March 2020 Budget before the impact of Covid-19 had fully impinged on official consciousness. This was on top of the large spending increases under Theresa May, which already implied large rises in the tax burden.  All this contrasts sharply with the commitment to sound public finances and a parsimonious state that prevailed both before World War II and also in the ‘never had it so good’ era of the 1950s. It was suggested before the December 2010 general election that, although there would be an immediate fiscal stabilisation crisis if Labour won, a similar crisis was only two or three years away under a Conservative  government, given the spending course on which the Tories had embarked.

Unfortunately, monitoring the fiscal situation is difficult at present because the Office for National Statistics (ONS) has either had to cease publication of many of its  key fiscal (and economic) series or put them out at reduced quality. One consequence is that politically sensitive data such as Public Sector Net Borrowing (PSNB), which are measured on an accruals basis, are totally unreliable at present and prone to huge revision. The ONS has suggested going back to obsolescent measures such as the cash-flow based Central Government Net Cash Requirement (CGNCR) as the least-bad alternative. However, nobody in officialdom currently has any real idea of the true state of the public finances. Such an Enron-style breakdown in financial reporting standards – for which the lockdown, not the ONS, should be blamed – is normally found in private businesses about to default.

Unprecedented Forecasting Uncertainty
The unprecedented fluidity of the present economic conjuncture can be seen from the June issue of Consensus Economics monthly Surveys of International Economic Forecasts. These show that the range on UK growth forecasts for this year runs from minus 5.1 per cent to minus 13.3 per cent and for next year from plus 1 per cent to plus 12.5 per cent. Likewise, the range on the 2020-21 PSNB extends from £181bn to £330bn and from £66bn to £220bn in 2021-22. In general, people expecting the sharpest GDP falls this year are anticipating the strongest recoveries in 2021, and there is some correlation between the positions on growth and government borrowing because of the endogenous nature of tax receipts. However, the real message is that we are in a position of radical uncertainty, or unknown unknowns. This implies that policy must be robust, flexible, and designed with long-term stability in mind (i.e., more like German ordo-liberalism), not just immediate political expediency.

Conclusions
No British administration since Lady Thatcher’s loss of office in 1990 has shown any serious regard for the interests of the taxpayer or Gladstonian fiscal parsimony. Even the Cameron/ Osborne ‘austerity’ was basically a confidence trick, designed to maintain credibility in the financial markets but with no overall reduction in the burden of state spending. This can be seen from their plumping for a tax-led, Type 2, fiscal retrenchment, the continued expansion in the volume of government current spending, and the introduction of undue tax complexity and high marginal rates for purely political ends.

After the 2016 referendum on membership of the European Union, there was a long period of fiscal drift, before May and then Johnson decided that Edward Heath style ‘Big Government Conservatism’ was the only game in town.

All of this has left the private sector more debilitated than it ought to be and helps explain why the UK’s long-term growth rate had decelerated from 2.5 per cent to around 1.25 per cent, well before the covid-19 crisis. Nevertheless, the extremely flexible response of those businesses allowed to operate through the lockdown, such as the supermarkets but also many small concerns, suggests that there could be quite a decent private-sector recovery provided the government gets out of the way. Some conclusions are as follows:

First, under no circumstances should the authorities try to tax their way out of the fiscal mess that their profligate spending policies and, arguably, botched handling of the covid-19 crisis created.

Second, every opportunity should be taken to free up the supply side by any means that does not involve large fiscal costs. This suggests a strong push on de-regulation akin to the ‘bonfire of controls’ implemented by the 1951 Churchill government. Also, tax simplification to reduce excessive marginal rates, which might well prove self-funding for Laffer curve reasons.

Third, a corollary of the above is that advantage should be taken of our departure from the European Union to engage in free international trade, unilaterally if necessary. This is both to boost living standards and introduce the bracing winds of competition into some of our more sclerotic sectors.

Fourth, the government needs to use its ‘bully pulpit’ to bravely explain to the electorate that there is now a grave long-term fiscal situation and that there is no magic money tree. Emphasising the tax implications of all spending proposals using the HMRC tax ‘ready reckoner’ would be a good start.

Fifth, public sector vested interests need to be confronted regarding wage costs but also working practices. Individual NHS hospital and medical teams  employees have worked hard and gallantly sacrificed their own lives during the pandemic. However, the system in which they are employed does not seem to have performed well compared with Germany’s more decentralised approach, for example.

Sixth, with the prospect of well over three million unemployed once the furlough scheme ends, the latest increase in the minimum wage looks like an act of economic lunacy that could stop the labour market clearing and lead to a permanent reserve army of long term joblessness. It should be suspended for at least two years. If not abolished.

Finally, the present UK furlough scheme and the £100bn addition to quantitative easing (QE) announced on 18th June – which brings the total to £745bn, the equivalent of 31.5 per cent of the M4ex broad money supply definition – has some disturbing historic similarities with the German hyperinflation of the early 1920s. There had been high inflation in Germany throughout the Great War. However, the hyperinflation really exploded after the French and Belgian armies occupied the Ruhr valley in late 1922. The population of the Ruhr went on strike, Berlin guaranteed (furloughed) their wages, the German public finances were in a mess to start with, the loss of the Ruhr was a supply shock that depleted government receipts, and the Weimar government funded itself by borrowing from the Reichsbank.

This history is unlikely to repeat itself on such a scale in modern Britain. However, and unlike the early 1920s, the international background may well give an additional inflationary impetus this time, as did in the 1970s, because so many other governments are pursuing similar policies. Why the UK needs to push out further QE when the annual growth in M4ex broad money stock had already accelerated to 9 per cent in the year to May is a mystery.  The danger is that not only is fiscal policy repeating the mistakes of the 1970s that led to the shameful December 1976 International Monetary Fund (IMF) bailout, but monetary policy is as well.