Britain and the EU – A Wild Ride to Political Union?

Is that it? asked Bernard Jenkin of the hapless Minister sent to explain the government’s renegotiation to the Commons. In that simple phrase he summed up the disappointment of many who had hoped for fundamental reform of the UK’s relationship with the rest of the EU. These include the many admirers of the Prime Minister’s ambitious Bloomberg speech who now wondered how it could come to this. The letter to the President of the European Council, Mr Tusk, did not seem to seek much change.

The government rests its case on seeking change on four of the main issues they see causing stress in our current relationship. They will seek a stronger role for national parliaments. They will try to protect the UK’s position as the Euro area moves towards political union and may form an adverse caucus against us within the wider EU. They seek reductions in our welfare payments to workers coming here under the free movement rules of the EU. They want promises that the EU will both press on more rapidly with market integration in some areas, whilst cutting the burden of business regulation at the same time.

The problems with this list are twofold – the things that it leaves out that are unsatisfactory in our current relationship and the lack of any convincing mechanism to give authority back to the UK in the chosen areas, to guarantee any success in negotiating them.

There is nothing in the proposals to allow us to repatriate our much ravaged fishing grounds, nothing to restore sanity to our farm subsidies under rules that would help UK farmers rather than small scale continental farms, nothing to tackle the high cost energy under EU energy policies, nothing to stop free movement of people and put all under common UK migration controls alongside our existing controls for the rest of the world. Asking for a stronger role for our national Parliament should be fundamental. At the heart of the Bloomberg speech was a statement that said democracy resides in national parliaments.

Fundamental to UK liberties and democracy is the notion that UK voters can influence and lobby their government to do as voters wish. If governments refuse to listen or disappoint, they can be changed by the voters to a government that does as electors want. EU laws and executive programmes are not accountable in this way. If UK voters want to change an EU law not only do they need to influence the UK government to want to, but have to help the government influence 26 other governments to push change through which never happens. UK voters want the UK government to meet its pledge to cut inward migration to less than 100,000 net. That means the UK government and Parliament settling welfare and border policies that can bring this about. By contrast asking for groups of member state Parliaments to stop a future EU proposal does not tackle the underlying lack of accountability and democratic control over the huge body of EU law and executive action we already have.

It is difficult to see what means there can be to stop Euro area member states outvoting the UK and the other Euro outs anytime they like. We have already faced a big bill to lend money to Greece after a political agreement we would not be involved in any Euro bail out. Without clear Treaty guarantees there can be no solution. Even with Treaty guarantees, we will still find the Euro area is on a wild ride to political union, and we will often lose votes as they sweep along.

The EU may grant us much of what has been asked for on welfare benefits, after much huffing and puffing against it. We were told when past treaties were signed that welfare and tax remained ‘red line’ issues, under our continuing control. The reforms of welfare do not last beyond the immediate specifics. We need to restore our own control over our own substantial welfare spending.

The EU regularly promises deregulation, but every year which passes sees more regulation, with longer and more comprehensive regulations. Regulating and passing laws is what the EU does. It will carry on doing it. The UK does not suffer from a shortage of law. The Europe Minister put it very well in the Commons when he said many people see the EU as something that happens to them. That is exactly how it feels. Many of us do not buy into the EU because it does not do what we want, and does not give us a working democratic way of controlling it. It legislates and interferes too much.

The modern EU has as its centre piece and main driver the Euro. It is on a wild ride to political union. That is not a journey the UK wishes to embark on. We do not need an emergency brake. We need to be on a train to a different destination. 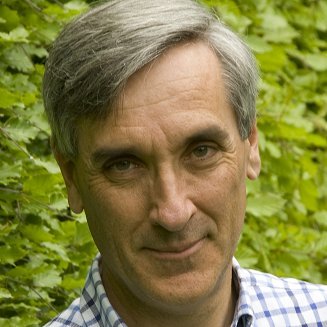 Sir John Redwood has been Member of Parliament for Wokingham since 1987 and is a former Secretary of State for Wales, having held a variety of ministerial roles in the 1980s and 1990s. A former Head of Margaret Thatcher’s Policy Unit, he is Chairman of the Conservative Parliamentary Economic Affairs Committee and wrote We Don’t Believe You: Why Populists and the Establishment See the World Differently (Bite-Sized Books, 2019). His Politeia publications include How to Take Back Control: Trading Globally Through the WTO (2018) and Trading Truths: The Treasury, Trade and the City (2016).